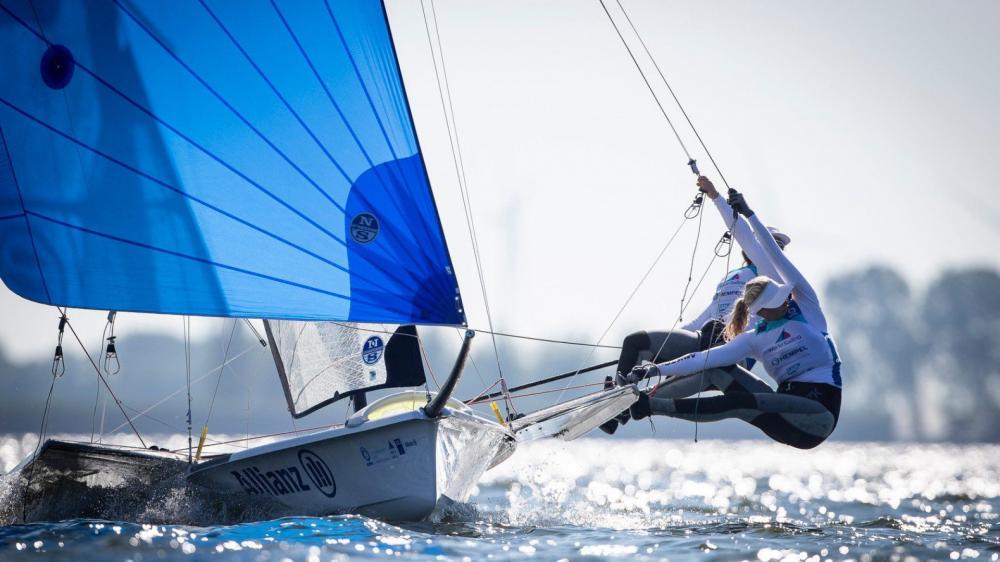 The 2022 edition of Hempel World Cup Series Allianz Regatta is scheduled for 27 May - 5 June.

The Dutch cities of Almere and Lelystad, on the banks of Markermeer lake, will host the 2022 edition of Hempel World Cup Series Allianz Regatta, 27 May – 5 June, as part of Dutch Water Week.

Marina Muiderzand in Almere and Batavia Beach in Lelystad will welcome the world’s best sailors to compete in the 10 Olympic classes, including kiteboarding which will make its debut at Paris 2024.

Double Olympic medallist, 2017 Rolex World Sailor of the Year and tournament ambassador Marit Bouwmeester is looking forward to the event: “With the publication of the Notice of Race we give the official starting signal for this unique event. The Allianz Regatta has been a leading European Olympic sailing event since 1985 and we are looking forward to continuing this ambition at the new location. We are also proud to have the World Cup status from World Sailing. I won’t be racing this year because of my pregnancy, but I’m delighted to be involved as an ambassador for the participants and the fans.”

The Hempel World Cup Series is the definitive annual circuit for the world’s leading sailors and Olympic hopefuls. Mirroring the Olympic style of sailing in format, duration and fleet sizes, the World Cup Series visits prestige venues across the globe at all stages of the four-year Olympic cycle, supporting athletes in their quest to qualify for the Games and connecting fans with the very best sailors in the sport.

Registration for the Allianz Regatta is now live here with Notice of Race here.

The globetrotting series of World Cup races has been sailed in locations including Miami (USA) Genoa (Italy), Hyéres (France) and Enoshima (Japan).

The 2022 Allianz Regatta will start with the Open Dutch Championships on 27-29 May for competitive sailors in all non-Olympic classes. The Royal Netherlands Watersport Association and TIG Sports, the organising authorities of the regatta, have already confirmed registration of J70, Formula 18, Finn, Formula 16, J22, Etchells and Soling class associations.