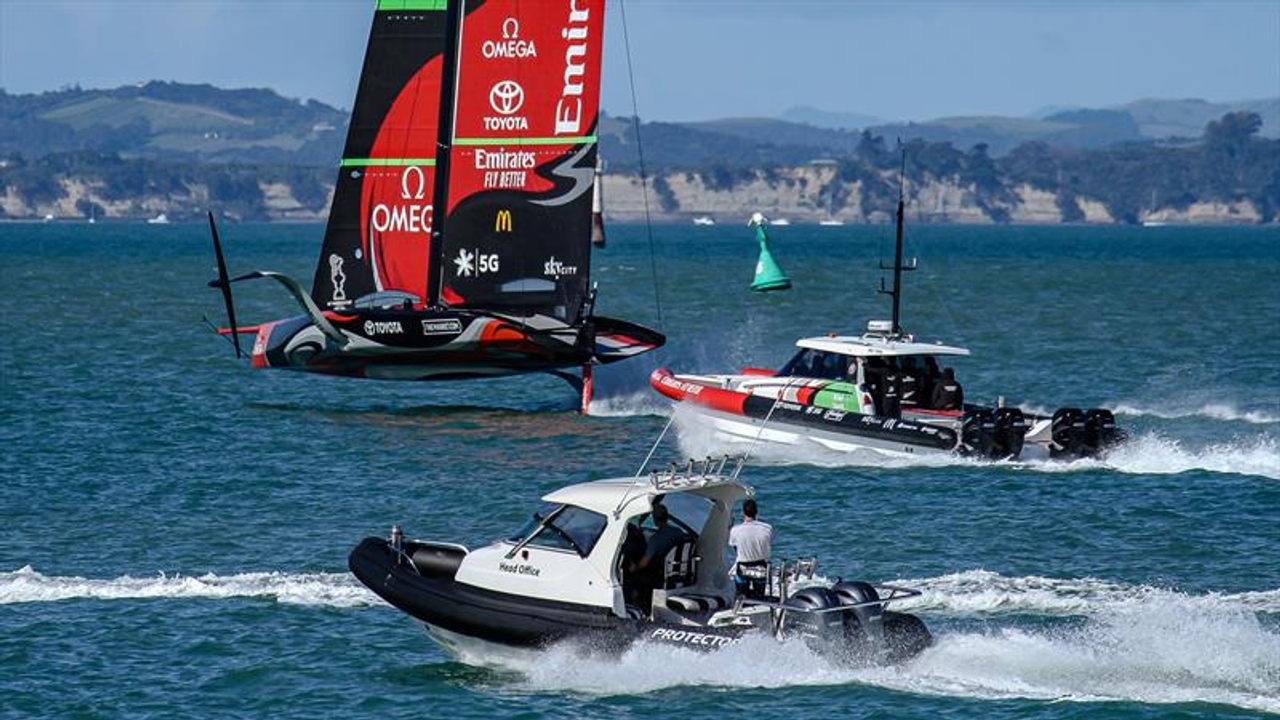 Ever since the winged keel in ’83, the reconnaissance game has been part and parcel of every Cup, with teams using spies armed with long lenses to get an insight into what design direction competitors are heading in and if any of their new ideas are worth considering themselves. For the 37th America’s Cup, the spy game has been reinvented.

As a cost reduction measure, instead of each team sending one or two people to spy on every other team thus creating a small recon army, the teams have agreed to join forces and have created the Joint Recon Programme to streamline the process and share the gathered intel with each other.

The Recon Management Panel selects a team of two, one RIB driver and one Photographer / videographer to shadow each team on each and every sailing day, collating reports, photos, videos, and interviews which are then uploaded to a single source for all the teams to view and process independently.

With teams based in Auckland, Mallorca, Barcelona, Pensacola, and Cagliari, there is a need for qualified local people who know their sailing, the Cup, and what to look for from one day to the next and are capable of capturing good recon at 45 knots.

Foils, sails, elevators, trimming, crew movements, maneuvers, downtime, wind speed, sea state, down time, flight time, time on the water, top speed, take-off speed- just about every aspect you will be watching and documenting for some of the smartest minds in sailing to digest.

If you think you have what it takes, live in one of the team locations, and can commit to being on-call weekdays, weekends, and holidays, in order to never miss a sailing day, forward your CV, and references to recon@americascupmedia.com