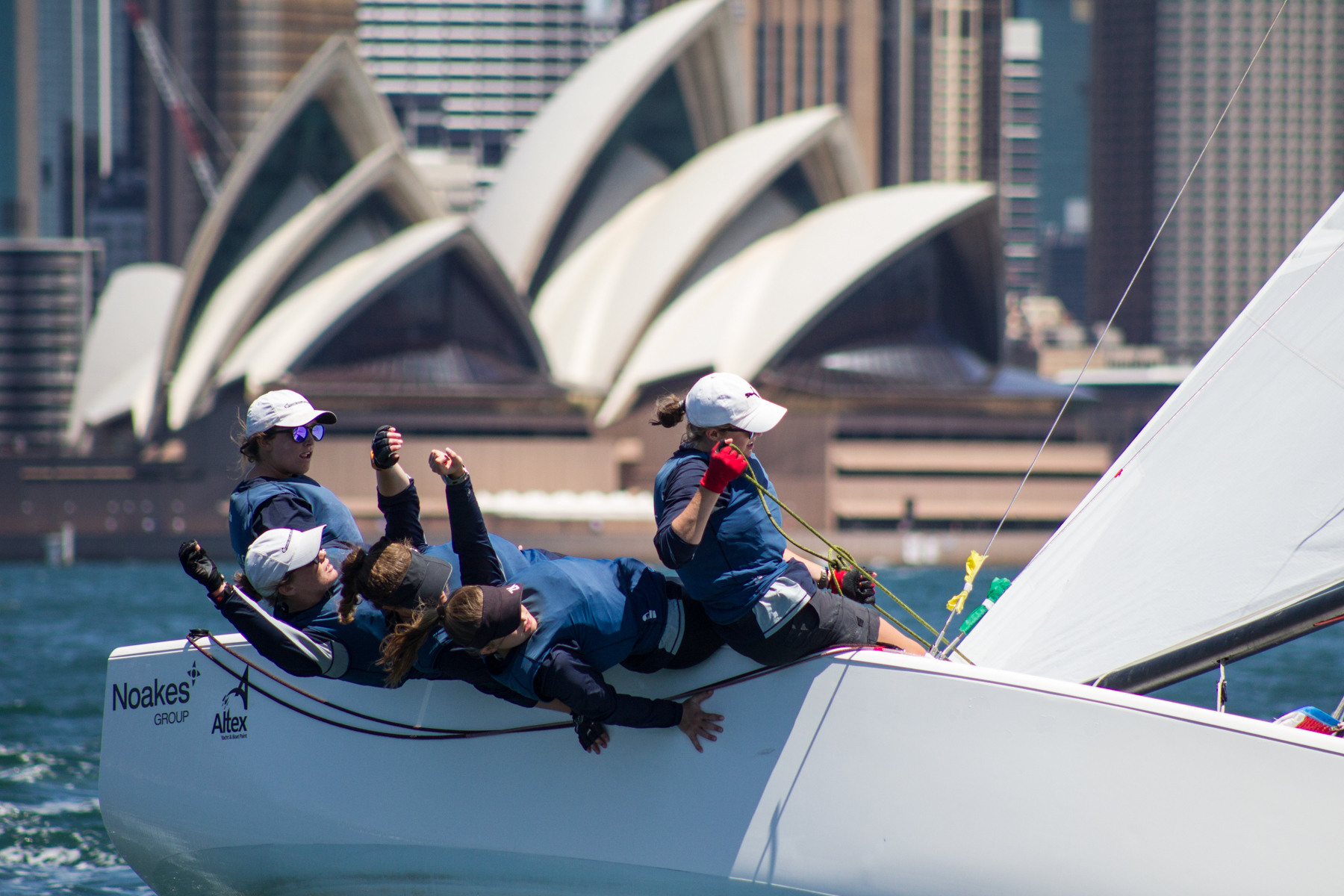 The Royal Sydney Yacht Squadron is ready to host the annual Hardy Cup Sydney International Match Racing Regatta, the next stop in the established Trans-Tasman youth match racing summertime series which starts in Australia’s west and travels east, all the way to New Zealand.

One of two international teams coming off the Warren Jones Regatta finale in Perth on Friday is Nick Egnot-Johnson and his Knots Racing team representing the Royal New Zealand Yacht Squadron. Knots Racing head to Sydney buoyed from their fourth overall at the popular west coast regatta.

“As a team we made big improvements at the Warren Jones Regatta,” said Egnot-Johnson as he boarded a flight across the continent.

“We are feeling confident with our boat handling and course tactics; coming into the Hardy Cup we are hoping to keep up this rate of improvement. We love the tight racing, well maintained boats and social atmosphere at the Hardy Cup. Last year I sailed the regatta with George Anyon and we are hoping to better our result of second place.”

In 2018 Clare Costanzo’s Royal Prince Alfred Yacht Club all-women team made history when they broke an 18-year run of male skippers adding their name to the under 25 trophy. Final 2018 highlights video. In 2019 the host club’s Charlotte Griffin is the only female skipper, and she knows the teams coming off the Warren Jones have the advantage of being in-phase.

“They have a regatta under their belts and are coming off some really tough conditions competing against a very tough field,” Griffin acknowledged. “Next week is looking light and given we are off-weight that might work to our advantage, plus we know the area off Kurraba Point and Cremorne Point well, and how tricky it can be in a light nor’easter.

Tasmania and the Derwent Sailing Squadron will be represented for the first time in the prestigious Hardy Cup. Skipper Will Sargent, the current schools match racing and SB20 youth national champion who is fresh from keelboat racing the Sydney 36cr Philosopher at the Australian Yachting Championship in Melbourne and Festival of Sails at Geelong, is leading Taz Racing Team.

Hardy Cup organiser, Locky Pryor, the RSYS’s youth and training coordinator, says the 2019 edition has attracted a higher quality of interest with 25 expressions whittled down to 11 teams, four international and seven national teams sailing for their respective host clubs in the Northern Territory, Tasmania and New South Wales.

Sunday February 3, 2019 is a dedicated weigh-in and practice day and Monday morning all teams head out on Sydney Harbour aboard the host club’s fleet of Elliott 7s to begin the rigorous four-day series.

Racing is due to commence off the Squadron clubhouse at Kirribilli from 1020 hours on Monday February 4 and 0920hrs thereafter.

For information on the Hardy Cup including list of competing teams and live results once the regatta begins: https://www.rsys.com.au/sailing/hardy-cup