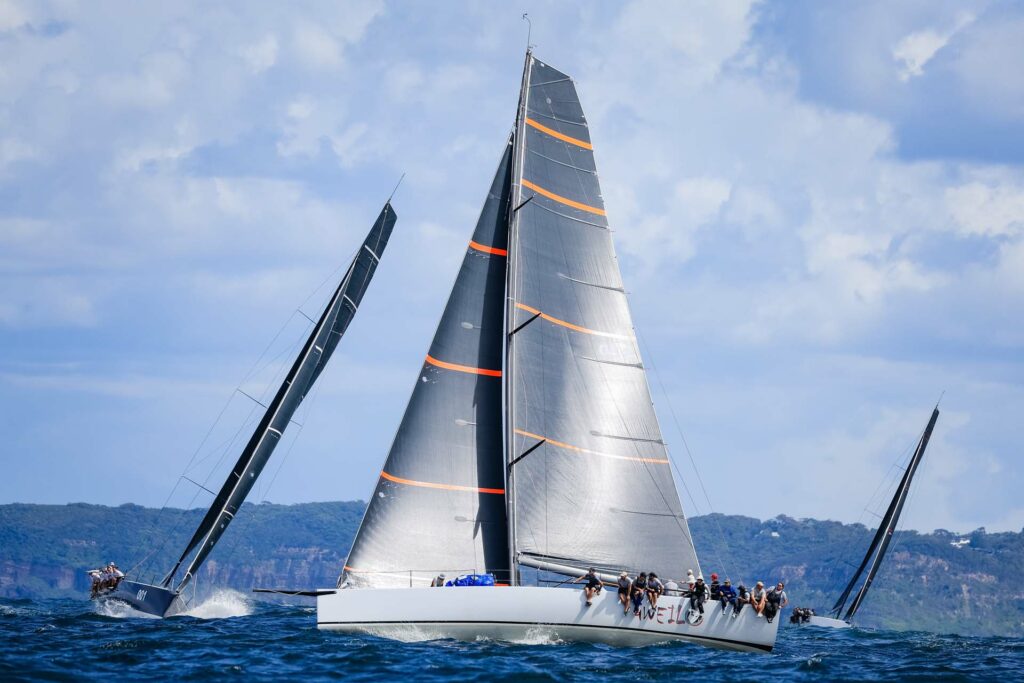 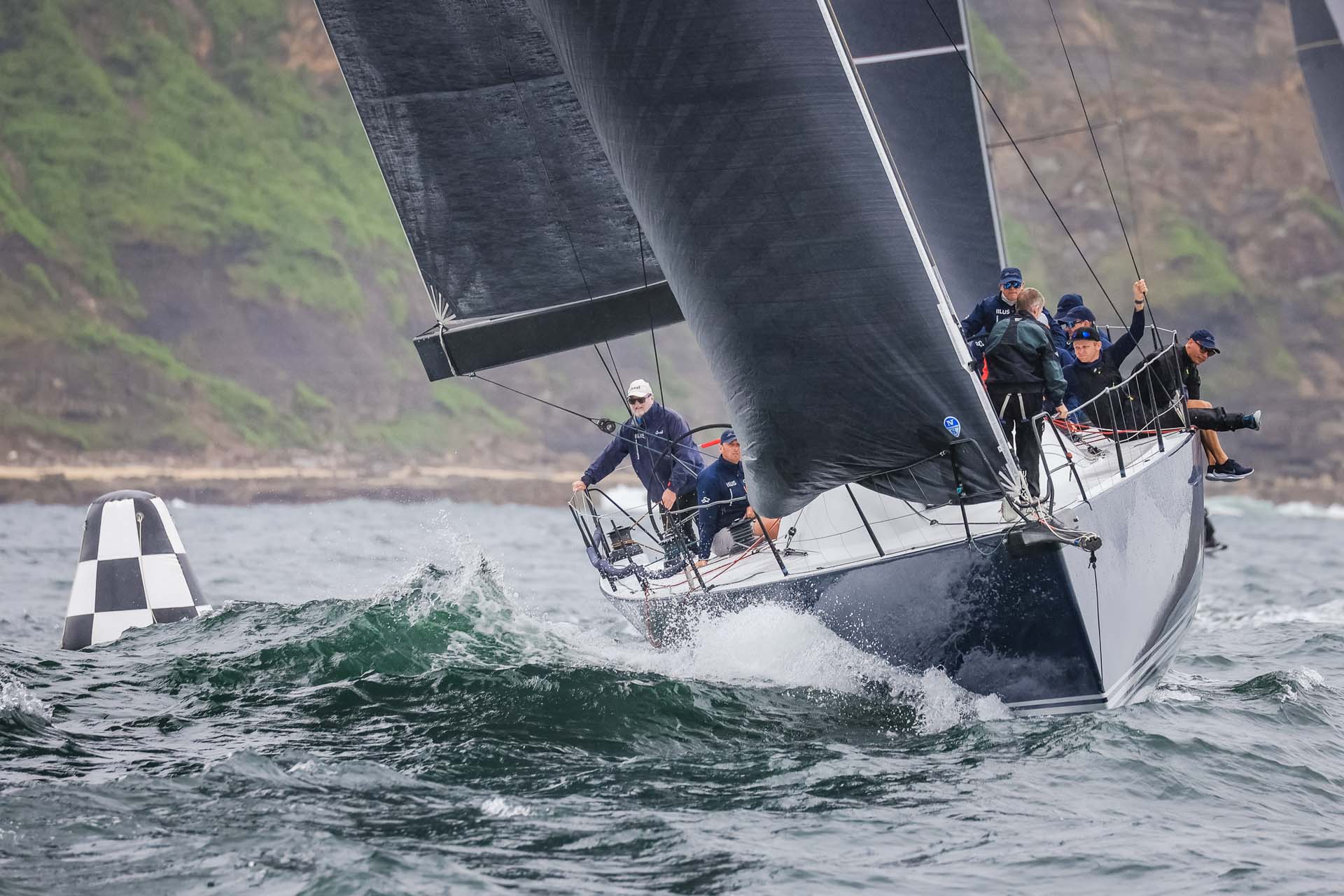 IRC honours for a hard-fought City of Newcastle TP52 Gold Cup were decided in the protest room tonight, with Ichi Ban being disqualified from the fourth and deciding race for a pre-start rule breach.

Three protests were lodged by Matador, Gweilo and Ichi Ban, which were held consecutively as they arose from the same incident just before the start, as the fleet bunched near the pin end of the line. There was apparently slight contact between Matador and the stern of Ichi Ban.

After a lengthy hearing the committee deemed that Ichi Ban had contravened Rule 20.2c for not responding to a hail for room to tack as soon as possible. The disqualification tipped Ichi Ban out of first place in the series, Gweilo claiming victory and Smuggler moving up to second.

“It’s a great fleet,” he said. “We didn’t start the passage race well yesterday but we ended up in good shape. Today we had a small wind and a big sea state, but the boys did well to keep the boat going.”

Smuggler’s Sebastian Bohm was also happy with his weekend’s work, the boat and crew finding an extra gear when needed.

“We love this regatta, and we just love coming to Newcastle,” Bohm said. “We have a really tight-knit crew and a great shore team and we work hard to make sure that all stays together because it helps on the water.

“We’re getting faster and faster, we’re learning more about the boat and we’re starting to get some great results. We were supposed to have a new mainsail for the weekend but it wasn’t ready – we used our old one and it was still fast.

“It’s also the crew, of course. Our tactician (Steven McConaghy) was spot on this weekend and we all gelled really well.”

The Transport for NSW Offshore Series also came down to a two-yacht tussle, Queenslander Gary Holt winning PHS aboard his Adams 10 Get it On from the Farr 31 Sofarr. IRC results went the other way.

Holt trucked the yacht down from Southport and will contest the Yachting NSW Championships at Sail Port Stephens (4-10 April) before sailing home.

“We’ve put a new configuration into the boat – a new carbon rig, new sailplan, and a completely new rudder and rudder stock,” Holt said. “Michael Spies and Matt Allen put one together in Thailand and won everything. I bought that boat as well to race over there, which gave me the idea to do this. Our goal was to get a cheap boat and try to knock off the expensive ones.”

Mark Long, helmsman aboard the giant-killing Sofarr, enjoyed the contest: “Today we were up against a very handy boat in the Adams 10 and we’re very close – we just rate a little better,” he said.

“There was a lot of variation in the conditions today and we had to change gears constantly. It was a really good hit-out for Sail Port Stephens – we can’t wait for that regatta to start now.

Mornington Yacht Club won the Under-22 series then triumphed in the Open final, bettering Royal Sydney Yacht Squadron on both counts. Conditions were challenging over the two days but race organisers managed 32 qualifying races plus finals.

League director Mark Turnbull said the youth sailors were well suited to the format, with their dinghy-style sailing translating well to the keelboat format.

“I haven’t seen another venue like this before either,” he added. “The fact that the Honeysuckle Hotel is right there and sailors can be entertained while not sailing makes for a great event. Next year, though, we’ll order 28-degrees and sunshine.”

Line-honours in Port Hunter 16ft Skiff Club’s mixed-fleet Cock of the Harbour race went to an all-carbon Nacra F20 from a brace of F18 catamarans. As one of the oldest trophies in Australian sailing, it’s awarded annually to the fastest sailing vessel on the Harbour.

SailFest Newcastle Regatta is supported by City of Newcastle, Transport for NSW and Steel City.