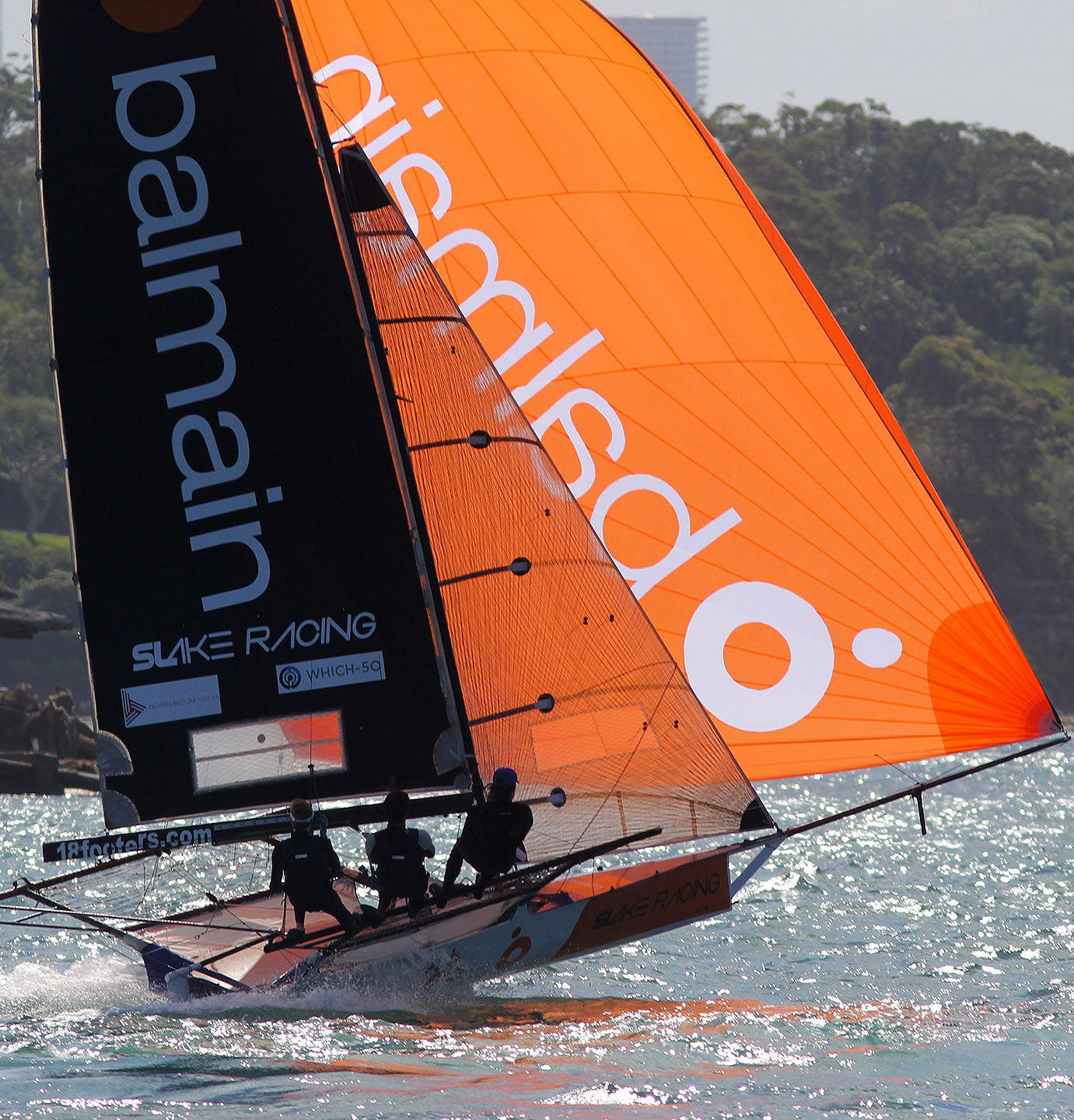 The opening day’s racing of the Australian 18 Footers League’s 2021-22 season last Sunday, produced a great result for the club’s policy of introducing talented, young sailors into the high-speed world of 18ft skiff racing on Sydney Harbour.

A 10-12 knot south-east breeze provided excellent conditions for the 16-boat fleet and gave the newer teams an opportunity to show their talents.

Two of the ’rookie’ teams took full advantage of the opportunity and dominated the racing in the two Spring Championship races on the day.

While the teams may be ‘rookies’ in the 18s, the individuals in both boats are top class and the two skippers both have impressive international results in youth world championships.

Larkings won two Australian 29er Australian Championships (2017 and 2018) and two excellent results at consecutive Youth World Championships in 2017 and 2018.  He placed ninth at the 2017 regatta at Sanya, China then third (in a fleet of 25 international teams) at the 2018 regatta in Corpus Christi, California, USA.

Incredibly, Sunday was the first time Larkings had raced an 18 and says he was “shocked, but happy with the boat’s speed.”  He also paid tribute to the League: “We were given the boat John Winning sailed last season, which was perfectly set up for us to go racing.”

The Rag & Fisher Hotel skipper Harry Price won the 2017 Youth Match Racing World Championship at Newport Beach, California and quickly showed that his team will also be one to watch in 2021-22.

The two young teams, along with many other new team combinations, will face another test next Sunday when the Australian 18 Footers League conducts Race 1 of the Club Championship over a long Sydney Harbour course.

Larkings is now “looking forward to the challenge of testing the team’s boat speed against the very experienced competitors in the fleet over a full championship course.”

Defending JJ Giltinan world champion Michael Coxon will skipper a brand new skiff for the 25-year long Smeg sponsorship in the 18s, but will face strong opposition from three other teams in new skiffs, as well as the current Australian champion Jack Macartney and his team on Tech2.

2004 JJ Giltinan World 18 footer Champion, and international champion yachtsman, Rob Greenhalgh will have his first start for the season as skipper of Finport Finance.

Spectators can follow Sunday’s Race 1 of the Club Championship on board the club’s spectator ferry, however due to COVID-19 policy, numbers are limited.  Booking online through the club’s website www.18footers.com is essential.