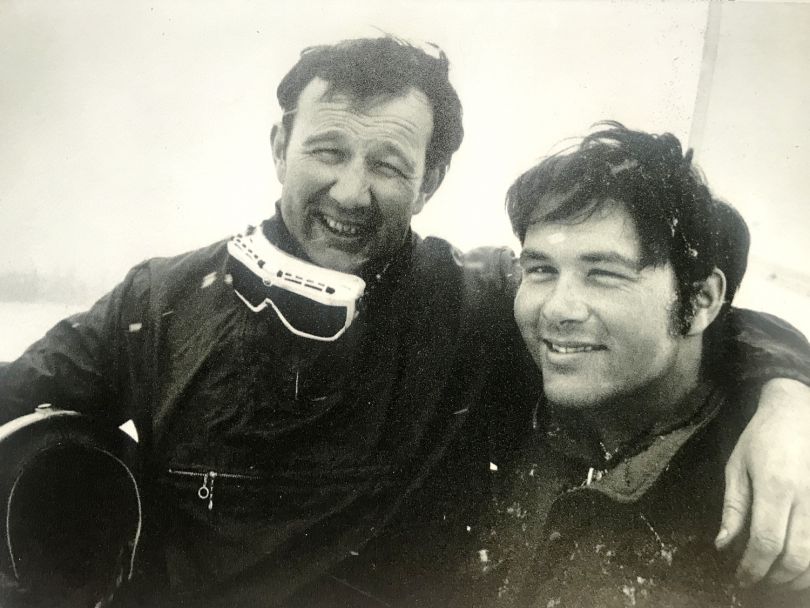 Friends and business partners from all over the world, including the directors at Australia's ATL­­ Composites, Lorraine Murray and Nicholas Cossich, came together at a monumental celebration for Gougeon Brothers Inc. at Bay City, Michigan.

Over the last 50 years, Gougeon Brothers have grown from a modest boat shop that began experimenting with epoxy in the late 1960s, to a trusted manufacturer, and supplier of epoxies worldwide.

Brothers Meade and Jan Gougeon began building DN class iceboats with wood and epoxy, selling 200 iceboats between 1969 and 1974. “Where we got really lucky in our quest for epoxy technology, was to be located 17 miles east of Dow Chemical Co. We introduced Herbert Dow (an avid sailor and the grandson of Dow Chemical’s founder) to iceboating. Herbert made it possible for us to work with chemists in Dow’s epoxy lab, helping us to develop resins and hardeners we could use as both an adhesive and a coating,” said company founder Meade Gougeon.

Before Gougeon Brothers Meade and Jan got involved with epoxy, early epoxy systems were difficult to apply as a coating. This led the brothers to look seriously at epoxy formulation, with the goal of solving wood’s most difficult problems – its tendency to absorb moisture and swell. With Dow’s help, the Gougeon Brothers successfully developed the formulations to solve these problems, and they became the basis of the WEST SYSTEM products today. As they say, the rest is history. WEST SYSTEM epoxy products are now internationally recognised as the leading marine epoxy.

During the celebrations at Gougeon Brothers Inc, ATL’s Nicholas Cossich presented a market research report for the WEST SYSTEM AustralAsian region, providing an insight into the business performance, distribution channels and the operations outside of the USA. The highlight of the presentation showcased fabrication methods on a recently completed project using G/flex 650 and WEST SYSTEM for extensively bonding stainless steel to aluminium on the 276 ft (84m) super yacht trimaran White Rabbit. She is the largest aluminium, and largest tri-hull superyacht, in the world, estimated to be valued at US$ 100 million.