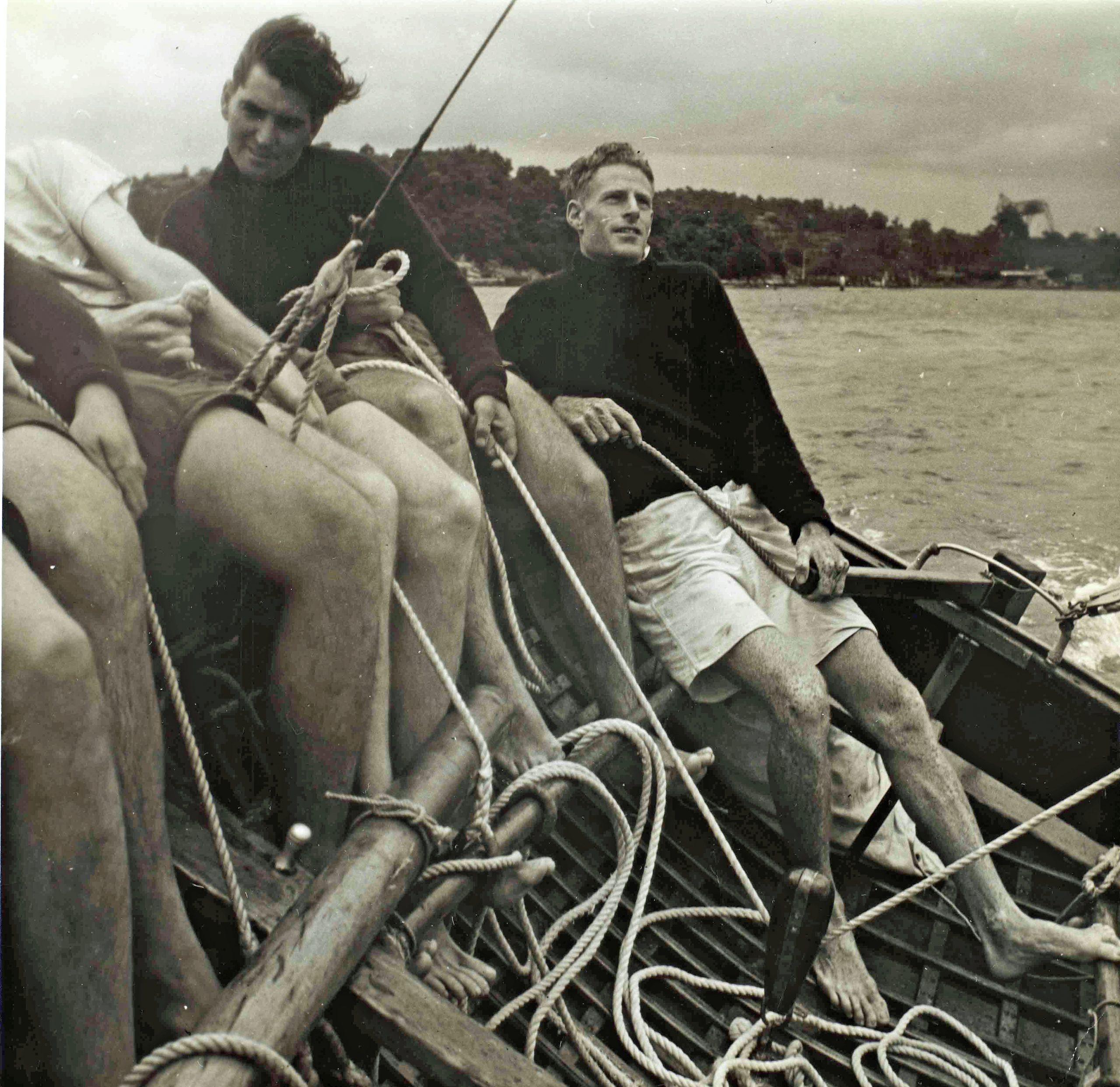 Billy Barnett, OAM, the legendary Sydney Harbour boat builder and 18ft skiff champion, has died in his 103rd year. The funeral will be held on Tuesday 27 March at the Northern Suburbs Crematorium in the North Chapel and a wake will follow at the Sydney Flying Squadron from 1-5pm.

Barnett won the Australian 18ft skiff championship four times in different boats he designed and built between 1948 and 1955 and in a stellar 1950-51 season with Myra Too won everything: club, Port Jackson, NSW, Australian championships and the J.J.Giltinan international championship.

As a boat builder, he was renowned for speed and accuracy and the durability of his craft. He built champion surfboats that were tough enough to withstand collisions and groundings on rocks.

Boatbuilding and sailing were in the blood. His father was a boat builder and shipwright who served his apprenticeship with Watty Ford in Berry’s Bay on Sydney Harbour and was also an accomplished sailor who was forward hand on H.C. Press, Australian 18ft skiff champion in the 1923-24 and 1924-25 seasons.

Under the supervision of his father, who built rowing skiffs and dinghies in his Berry’s Bay backyard shed, Barnett built his first dinghy before he left school. As a boy, he sailed canvas dinghies with the Milsons Point SC and was club champion of the Greenwich SC in the 12ft class.

He gained an apprenticeship at Neptune Engineering on nearby Lavender Bay, served out the last 12 months of his apprenticeship in the Manly Ferry Company’s boatshed building lifeboats, then moved into the shipwright’s role at Shell Oil Company on Gore Bay.

He sailed as bailer boy for a season, with his father as forward hand, on the 18-footer Malvena, with the legendary Billo Hayward on the helm. Malvena won the Australian championship on the Brisbane River in the 1937-38 season, although Billy badly damaged his knee during the first race, ended up in hospital and missed the rest of the regatta.

He steered the boat for the rest of the season after Malvena’s owner, Joe Mercer, refused Hayward’s request for a share of the winnings.

An early superannuation payout from Shell enabled Barnett to buy the land on the Berry’s Bay waterfront where he built his house and boatshed. He started building 16ft and 18ft skiffs and tapped a profitable new market in surf boats.

We went on to build 10 Dragon one-design keelboats, enjoying the challenge of their intricate construction and sailing one of them, named Cynthia after his daughter, to win a NSW championship. He built four International 5.5 Metre and two International 6 Metre class boats and the two America’s Cup challenger 12 Metres.

He sailed in the afterguard of Jock Sturrock’s crew in Dame Pattie’s 1967 America’s Cup challenge.