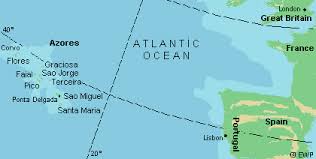 According to The Guardian newspaper, a six-year-old French girl died from hypothermia on Thursday after a yacht she and her family were on capsized during the night off the mid-Atlantic Azores islands.

“The little girl spent seven and a half hours in water that was 21 degrees Celsius (70 degrees Fahrenheit) before she and her father were recovered by a Spanish hospital ship,” a Portuguese navy spokesman Commander Paulo Vicente told AFP.

The girl’s mother and nine-year-old brother had managed to climb into a liferaft after their vessel capsized, and were rescued during the night. The girl and her father were wearing life jackets which kept them afloat all night. Rescue came the next morning when a Portuguese air force plane spotted them in the water.

The Guardian reported that the family’s boat sank about 550 nautical miles (1,000 kilometres) to the southwest of the Portuguese islands. Weather conditions were very rough and although they were starting to improve on Thursday, some waves were still five metres (16 feet) high.

Eight people sailing on three other boats have been rescued in the area since Wednesday, the Portuguese navy said.