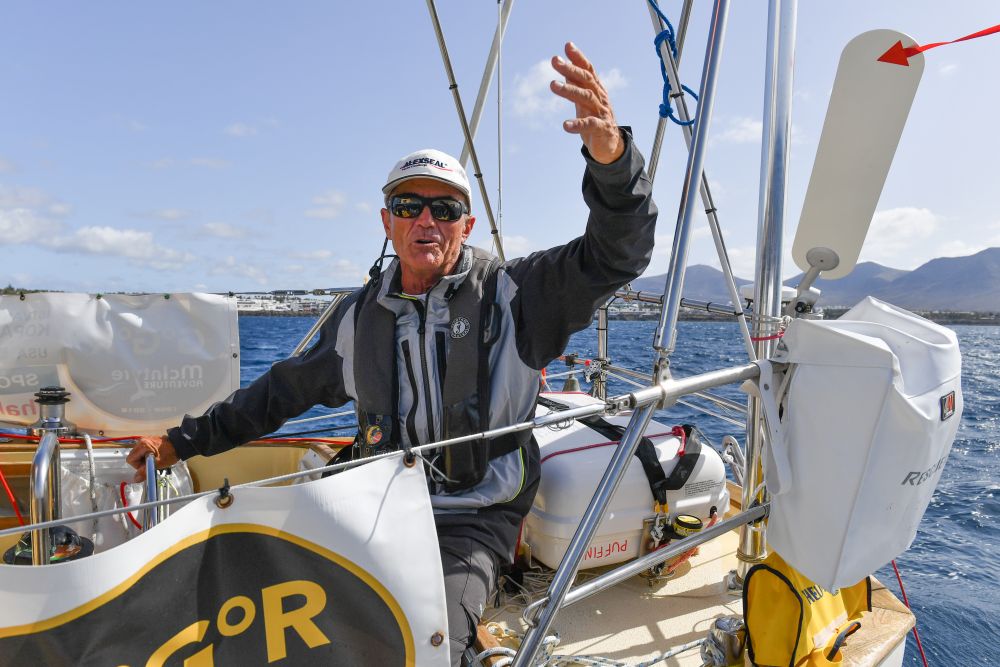 At 20:00 UTC on 26th September, Golden Globe Race HQ in Les Sables d'Olonne received a request from the manager of the 32ft sailing yacht Selene for assistance from any GGR yacht in the area because her skipper Kjell Litwin is running out of water.

Selene is currently some 3000 miles west of Perth, Western Australia and unexpectedly has only 10 ltrs of water left onboard.

Istvan Kopar, the American/Hungarian GGR solo skipper sailing his Tradewind 36 yacht Puffin, was 20 miles to the west and was asked by Race HQ to assist.

Selene's skipper Kjell Litwin, is on a solo non-stop circumnavigation,  having left Falmouth  UK on the 13th June this year. She was on the GGR marina rafted up with the GGR fleet for the Suhaili 50 Falmouth Parade of Sail marking the 50th anniversay of Sir Robin Knox-Johnston's departure in the first Sunday Times Golden Globe Race in 1968.

Litwin reports that he unexpectedly lost all water onboard.

During the past few hours GGR Race HQ has has confirmed that Istvan Kopar is happy to share his water and has a container onboard. The plan is for Istvan to throw a rope to Seline's skipper with a 20Ltr water container attached as Puffin sails past. Kopar can use his motor on approach.

Puffin's GPS position is being relayed by Race HQ  and Kopar has confirmed that his is now in VHF radio contact with Selene's skipper.

Istvan is sailing in 30-35kt NW winds and 3-4m seas. It is still dark on scene with first light approx. an hour away. The wind and sea is forecast to moderate slowly during the day.

Seline is NOT in distress. In the opinion of GGR organisers,  Kjell Litwin, the skipper of Selene knows that he is likely to catch rain water over the next month while sailing to Australia.  But it is sensible seamanship to ask for water from any close vessels just in case. Istvan Kopar is more than happy to assist another sailor. Both yachts are expected to meet in the Southern ocean today.