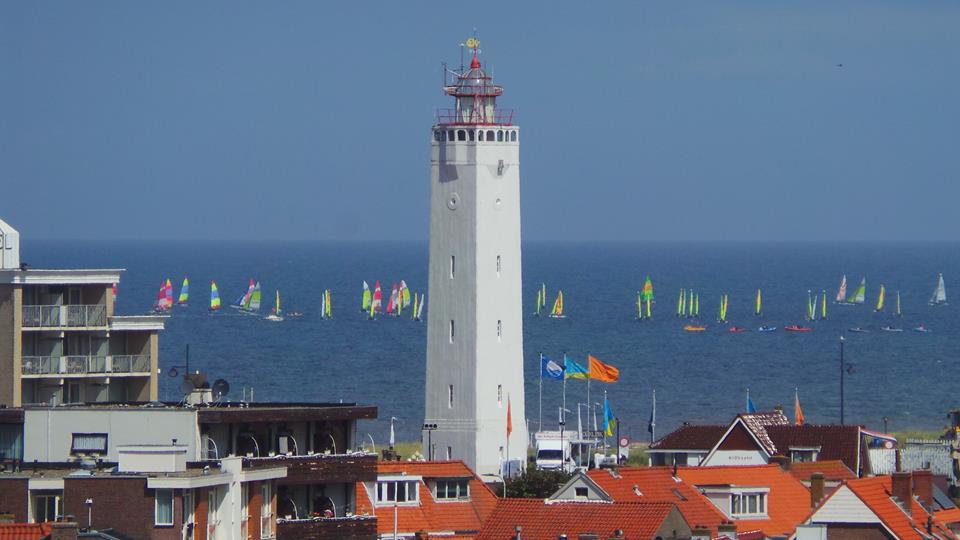 Day 1 of the Hobie 14 and Hobie Dragoon World Championships with the Hobie 16 Spi youth Europeans at Noordwijk, Netherlands, the sailors were greeted with grey skies and light winds. Though the weather forecast was to change during the day and it did. It turned out to be a lovely summers day with three races held for each class. After the races were completed a short shower came with the stronger winds. The weather prediction is for  perfect weather tomorrow.

On the Hobie 14 course Georgia Warren-Myers started off the championships in fine form. Winning the first two races and second place in the last race of the day. The only person to take a race off Georgia was her husband Fletcher. Both said the race course was fair but it has a lot of current on the course. Saying it was a difficult to get maximum boats speed with chop and current. 2004 Hobie 14 World Champion Thorin Zeilmaker racing on his home waters also found the current difficult  to handle. Hitting the start boat in the second race of the day.

On the other course the Hobie Dragoon World Championships and Hobie 16 Spi Youth Europeans had a difficult time. The current was strong on their course. Two attempts to have the Dragoons race stated was abandoned. When racing did get underway the breeze had started to build to 8 knots and the young sailors had a great time. The last race of the day the breeze was nearly 14 knots. Like the Hobie 14 the young ladies showed the way.

Racing will continue on the two race courses in Noordwijk.