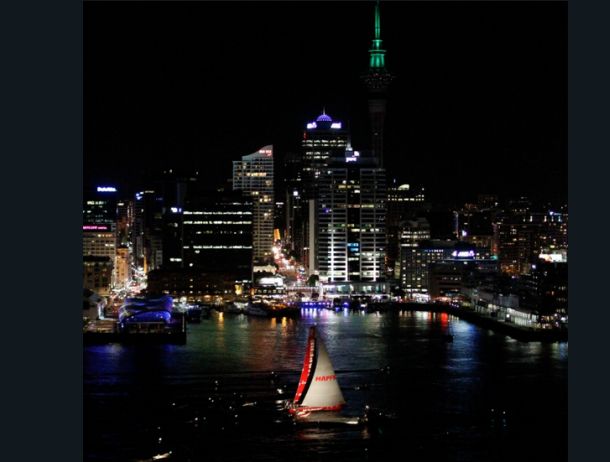 Auckland – 27 February 2015 – The Volvo Ocean Race fleet has arrived in Auckland, New Zealand following a gruelling 5,264 nautical mile race from Sanya, China. However, this is not the only race that has been taking place, GAC Pindar has been battling against the clock to ensure that the Auckland race village was ready ahead of the opening on the 27th February.

Auckland presented GAC Pindar with a variety of unique logistics challenges meaning that planning meetings with the host organisers started a full twelve months ahead of the stopover. GAC Pindar employees responsible for the Auckland bump in and bump out also travelled to Abu Dhabi, the second race stopover, to meet with GAC colleagues and to see the operation for themselves.

With tight deadlines for the opening of the race village, one container ship arrives into Auckland each week from Tanjung Pelepas, GAC Pindar also organised for two New Zealand quarantine officers to travel to Abu Dhabi to pre-clear all of the containers and adhere to New Zealand’s strict quarantine regulations. The first 60 containers arrived on the 12th February to kick start the build and the remaining 40 containers arrived a week later. In addition, due to the increasingly tight time scales between stopovers, a third shipment containing some items to start the Volvo pavilion, the centre piece of the race village, was shipped separately from the Netherlands as the items used in Abu Dhabi could not have arrived in time.

Due to the sheer size of the race, 38,739 nautical miles across five continents and eleven ports including a pit-stop in The Hague in just nine months, two identical race villages are required and will leapfrog each other across the globe. By the end of the race in June GAC Pindar employees, including eleven permanent staff, will have worked over 21,000 man hours to complete this unique logistics test.

Richard Thorpe, TNL GAC Pindar Manager Australasia,commented: “It has taken a monumental team effort from everyone at GAC Pindar and GAC to complete the Auckland stopover logistics challenge. One container ship arriving from Tanjung Pelepas into Auckland per week has ensured this is one of the toughest legs yet, so we’re delighted that everything was ready ahead of schedule. Five international GAC offices worked closely together to ensure the smooth running of the operation, to have everything in place for the opening of the race village on the 27th February.”

When the boats depart for Itajaί, Brazil, on 15th March GAC Pindar’s challenge starts again with the responsibility of the bump out. Just four days later two thirds of the containers are required to be ready to be loaded to a container ship headed for Philadelphia, USA and the Newport stopover. 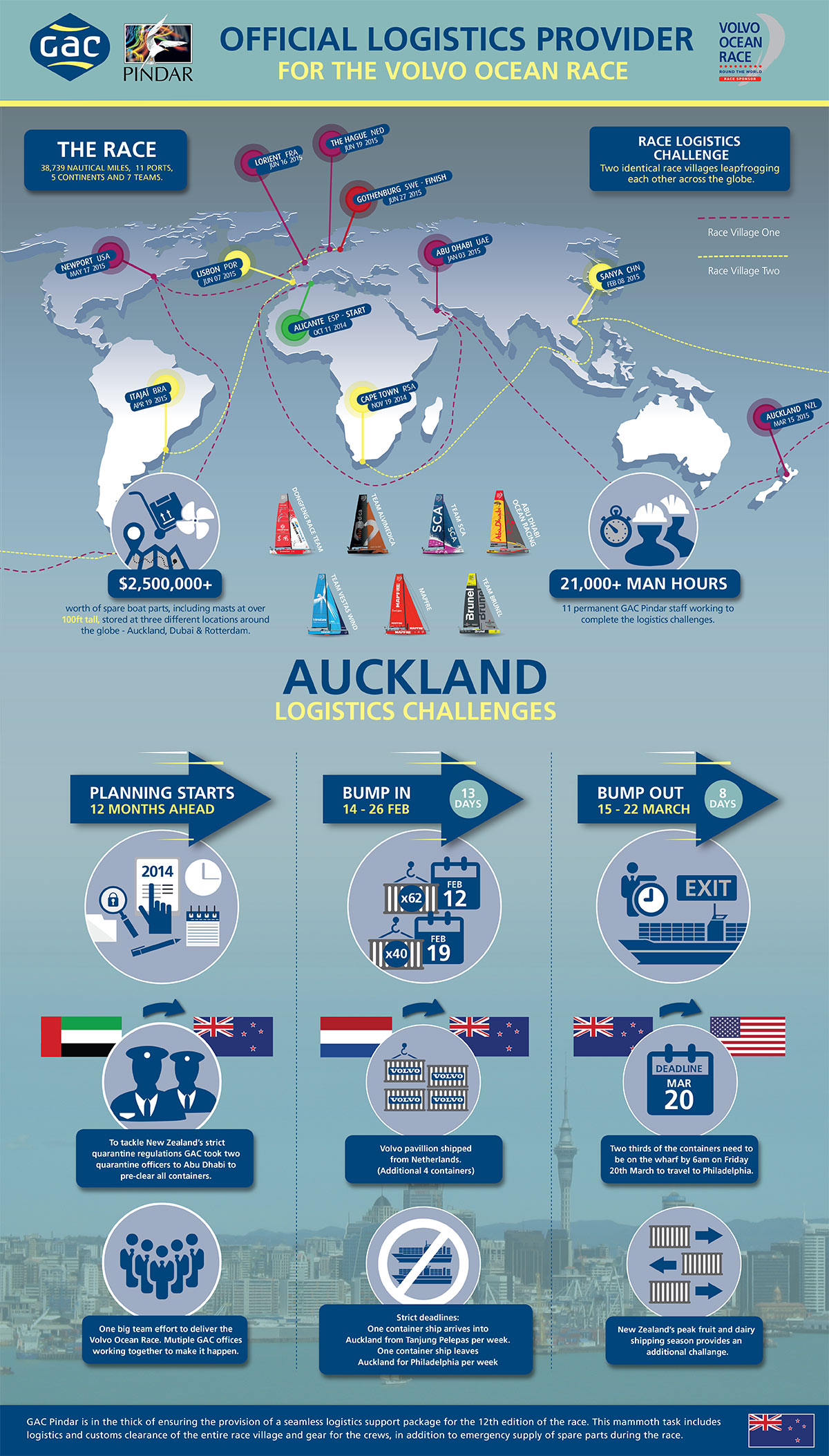