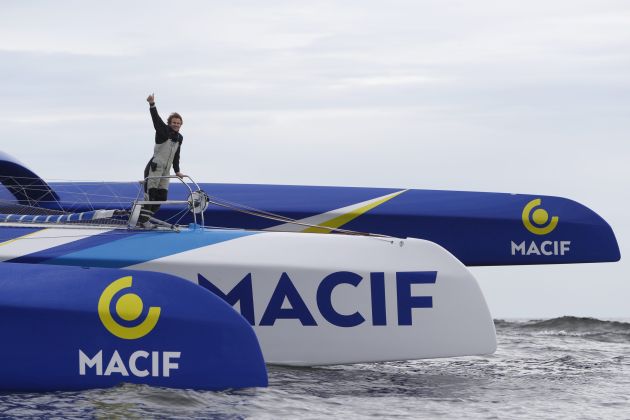 The finish time, recorded by the Sandy Hook Pilot Association boat, marks the first solo race win on Macif for the 33-year-old, who in 2013 became the youngest ever winner of the Vendée Globe solo round-the-world race. Gabart covered the official course distance of 3,050 nautical miles in 8 days, 8 hours, 54 minutes and 39 seconds.

Gabart actually sailed a total distance of 4,634 miles at an average speed of 23.11 knots in a remarkable voyage. Unusually for The Transat bakerly, it took him, and his close rival Thomas Coville on Sodebo, hundreds of miles south of the Azores into the tradewinds before sling-shotting northwest up to New York.

As Gabart crossed the line Coville was still some 118nm from the finish while the third-placed trimaran in the Ultime class – Actual skippered by Yves Le Blevec – was still 509.6nm away.