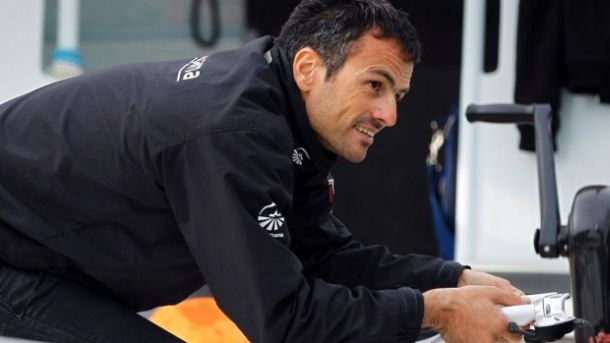 Only a week after foiling around Cape Horn, the skipper of Groupama Team France in the America's Cup has suffered a serious injury to his right foot after falling off the training boat at full speed. It's believed he was hit by the rudder. Reports suggest the fot was “partially severed”.

The team was two-boat testing in Quiberon, France, when the accident happened. Reports say the catamaran Cammas was steering was doing around 20 knots at the time the skipper fell off.

The support boat picked him up and he was transferred to Nantes Hospital by emergency helicopter.

The likeable Frenchman is a very keen cyclist, often taking part in major mountain rides in his home country. It is hoped he makes a full recovery.

After surgery, it has been announced that Franck will make a full recovery and will resume his place as skipper of Groupama Team France for the 2017 America's Cup. His campaign to represent France at the Rio Olypics is sadly out of reach however.