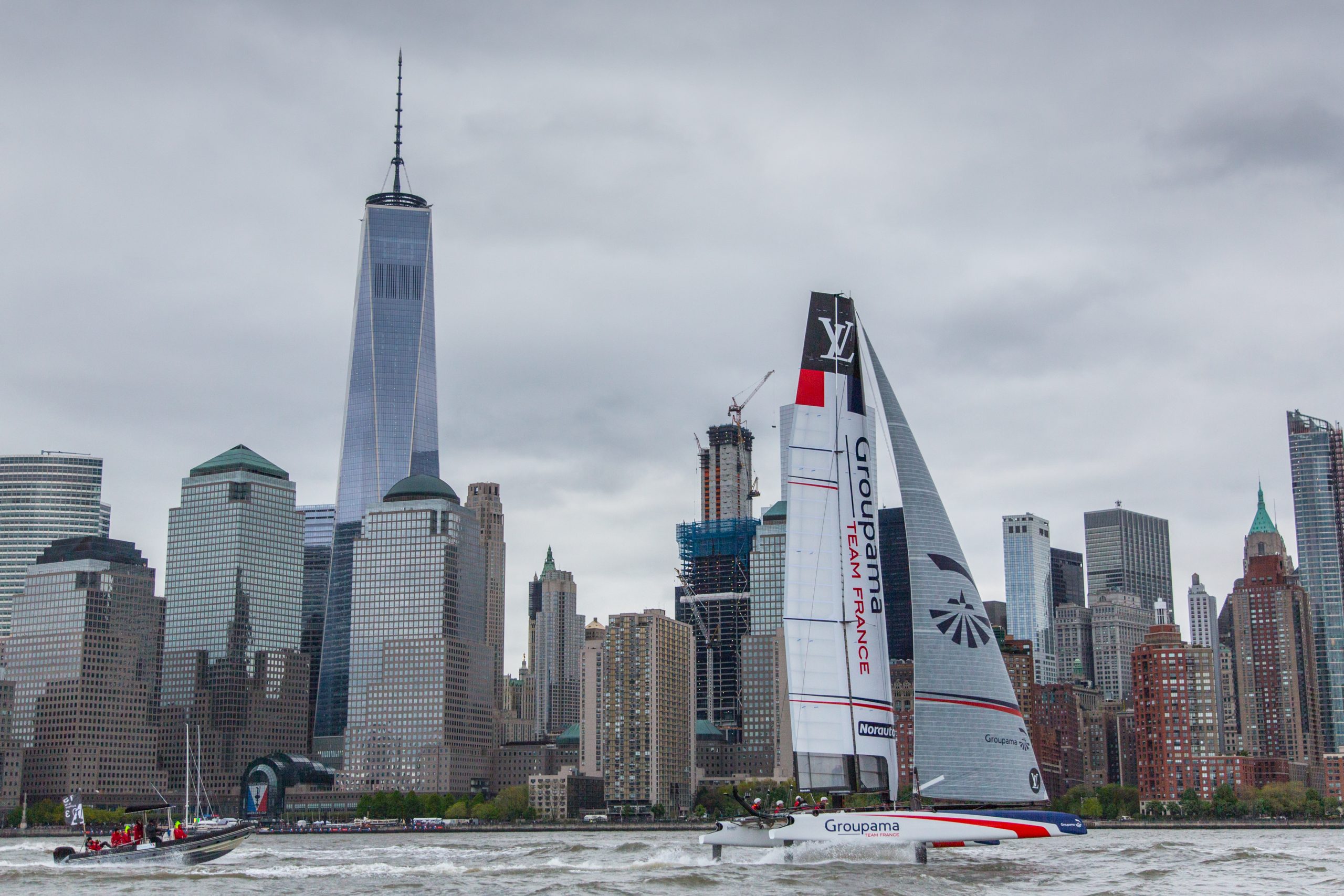 The second event of the 2016 season of the Louis Vuitton America’s Cup World Series: the Defender and Challengers meet again- this time in New York City on the 7th and 8th May- for a fresh series of battles on the water. Five months on from the accident where he badly hurt his foot while training on a GC32, Franck Cammas is back at the helm of the AC45 one-design Groupama Team France in Manhattan.

Last February, the French challenge, led by Franck Cammas, Michel Desjoyeaux and Olivier de Kersauson welcomed an agreement for five years of support from their new official partner : Norauto.  As a European leader in the maintenance and equipment of multi-brand vehicles, the international company joined this ambitious project, which combines human challenge and technological testing.

“The strength of our brand is a combination of its reputation and its image. It has been built through having an everyday presence in people’s lives, which is something we do very well at Norauto. It is also built through participation in events and activities that inspire people in a special way. The America’s Cup is one such event : it is both unusual, and powerful. For Norauto, participation in the America’s Cup is synonymous with entering the inner sanctum of the world’s major car brands and demonstrating our ability to innovate, progress and be tuned into our clients and suppliers. Also, by supporting an ambitious team, which shares many of our values, we want to develop representatives’ feeling of pride in being part of the Norauto family,” explained Patrick Dhennin, CEO of Norauto.

High level competition at the foot of Manhattan’s skyscrapers

Thanks to a superb victory in the last race, Groupama Team France came fourth in the overall ranking in Oman in February, with only two points less than Team New Zealand. The event was won by the English team on BAR, ahead of the Americans on Oracle Team USA. It proved to be a very promising performance for the French team, who is aiming for a podium finish this weekend in New York.

The programme for the coming weekend has six races on the Hudson River between Manhattan and New Jersey. There are likely to be a few complications, mostly due to the current and the forecast for a fairly strong breeze on Sunday.

In the Big Apple, Groupama Team France has, once again, joined up with its appointed skipper, Franck Cammas, who is keen to get back in the driving seat:

“After six months without being able to compete, New York, with its skyscrapers and the Statue of Liberty will herald my big comeback. Despite this grandiose background, we’re going to have to be fully focused on maximising the performance of  Groupama Team France, as our rivals aren’t going to wait around for us and the race zone isn’t very extensive. Normally, sailing on the Hudson isn’t easy at this time of year: the wind and current may give us a hard time…

I do feel a little apprehensive. However, my reflex actions as a racer soon kicked in and the crew and I did a lot of sailing in March and April… that is, a lot more than last year. By Sunday, we’ll be able to see if all that has paid off. However, our objective is clear: we want to finish in the middle of the table. In Oman, we toyed with the podium. In New York, it’s clearly within our sights!”