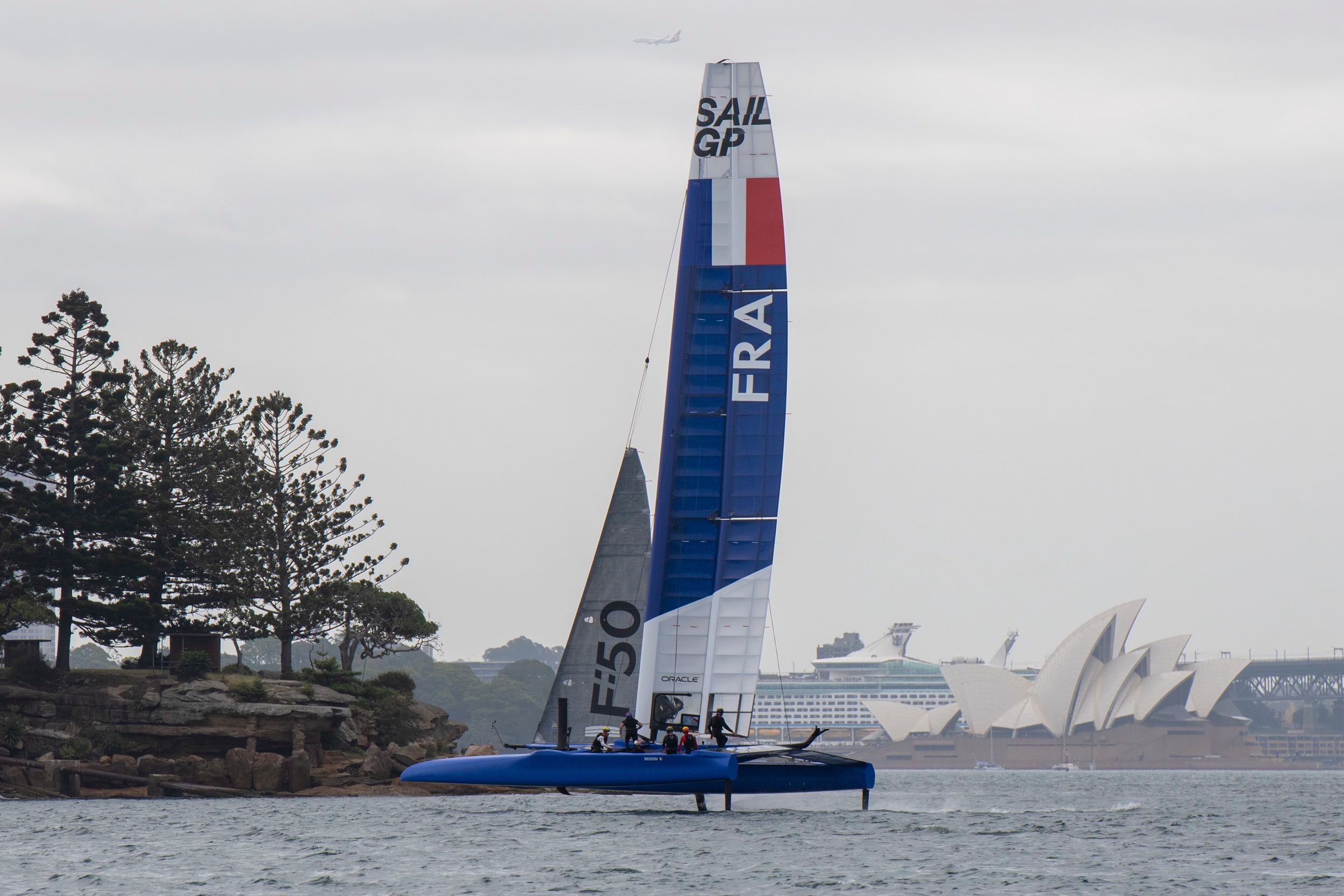 The new F50 catamaran is the world's fastest and most technologically advanced race boat, and will feature prominently in SailGP, a global racing championship premiering in Sydney on 15 and 16 February.

The first F50 to sail on Sydney Harbour, the French boat boasts a predominantly blue livery, and proudly features the flag of France.

This first launch leg in Sydney heralds the start of a whole new era of sailing and competition, which will be shown to audiences around the globe for the first time next month. In the meantime, France SailGP Team helmsman Billy Besson and his team will first fine-tune their one-design F50 and learn to sail the new class of boat, and then begin targeting performance.

The France SailGP Team’s shore crew – led by Yoann Bibeau – has been hard at work assembling, preparing and trimming the boat so that it is ready to go on Sunday when Besson and Marie Riou join the team in Australia.

“The assembly takes time, particularly with regards to the installation of the electronic and hydraulic systems”, said Bibeau. “There is not one, but six boats, to get up and running, and the one-design rule requires constant monitoring to ensure they all have an identical trim. We want the boats to perform well, but the main focus is that all the teams are on an equal footing.”

Group tests and pooled efforts
During this sea trial period, each boat will be tested by a rotating crew made up of sailors from all the teams. When Besson and Riou arrive in Sydney, they will join the test team piloted by Australia SailGP Team helmsman and Olympic champion Tom Slingsby.

Once the trial period is complete, the keys of the boat will officially be turned over to Besson and crew for intensive training leading up to the first race on 15 February.

“It’s shaping up to be an exciting new chapter”, said a delighted Besson from Portugal, where he’s been training for the Olympics with Riou. “I’m really looking forward to getting down to action, particularly as there’s a huge amount of work to be done to get ready for the warm-up on 14 February and then the two days of racing on 15 and 16 February.”

Aboard the blue catamaran – symbolising truth and trust – the French team will come together again in a few days’ time. Led by Besson and Riou, the team will be helping to write the next chapter in the history of sailing.

Sydney SailGP will be available to fans globally. Broadcast and streaming details will be announced in early February, along with the launch of a second-screen mobile app.