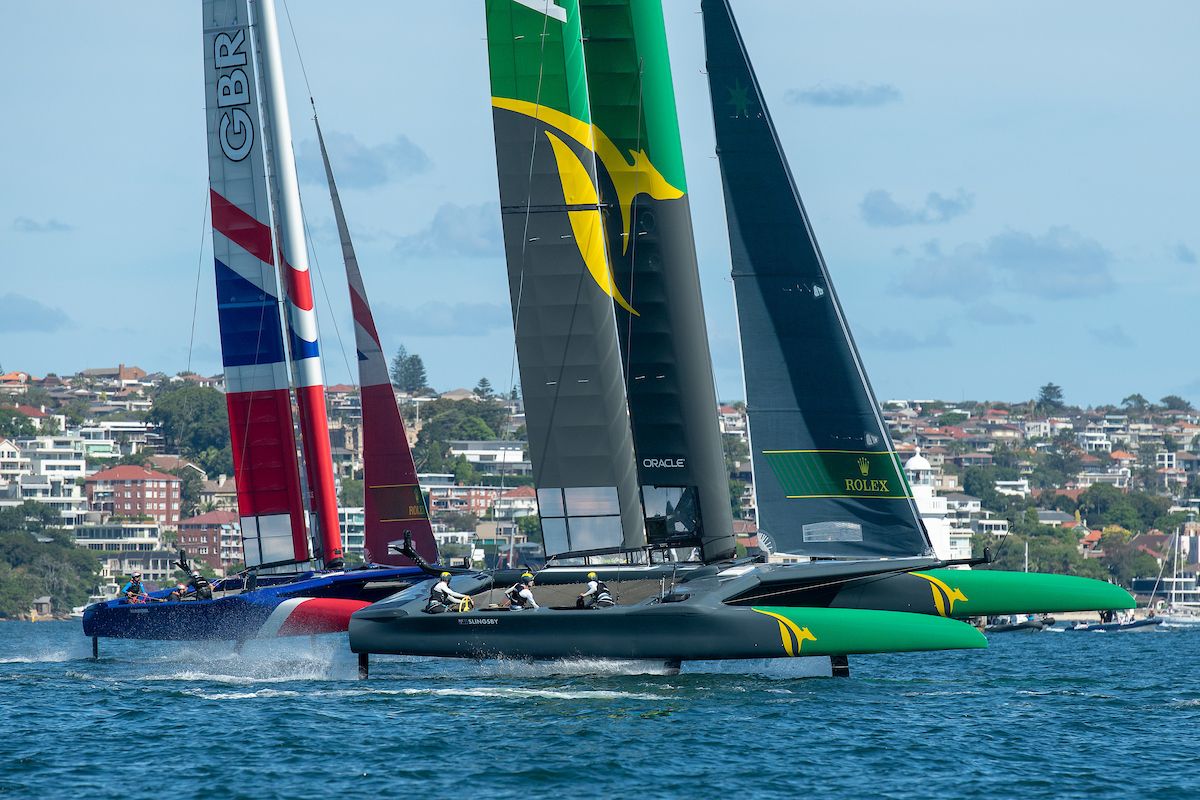 Tom Slingsby's Australian team powers past GBR on Day One of SailGP on Sydney Harbour. Photo Chris Cameron for SailGP.

With the SailGP Season opener less than a week away, the global championship has announced comprehensive broadcast coverage, with viewers in 175 territories globally able to watch the events, which promise high-speeds, high-tech and high-drama in the second season.

Broadcasting of the event will feature the most immersive, multi-platform experience the sport has seen through its international broadcast feed with new innovative and data-driven enhancements to significantly expand on the content. New features include improved LiveLine-Fx 3D boundaries and augmented graphics, explainers for those new to the sport and enhanced on-board audio and camera feeds.

Real-time data analysis and team comparisons will be provided through SailGP Insights powered by Oracle.  The broadcast will be coordinated through SailGP’s remote production hub in Ealing, London, providing a remote production solution that reduces SailGP’s carbon footprint, making a significant contribution towards SailGP being the first carbon positive sports and entertainment property and supporting the global league’s #RaceforfheFuture goal to accelerate the transition to clean energy.

This season, fans will watch a line-up of the world’s best sailors including Sir Ben Ainslie (GBR), Tom Slingsby (AUS), Jimmy Spithill (USA), Peter Burling and Blair Tuke (NZL) and Nathan Outteridge (JPN). They will battle it out on equal boats for the ultimate bragging rights and the sport’s largest monetary prize of US$1 million. All the excitement and action will be brought to life with a new presenting line-up. Aly Vance, a former pentathlete and versatile sports broadcaster, joins as on-water reporter for Season 2, in the commentating booth is prominent US sports announcer Todd Harris along with World Champion sailor Steve Morrison, with data insights and analysis provided by America’s Cup sailor David ‘Freddie’ Carr.

Alongside the broadcast, is the award-winning SailGP App with live feeds, fully customizable camera angles, the ability to switch focus on to the teams fans want and all the data they could need at their fingertips. Fans can even switch-off spoilers for when SailGP heads to different time zones.

In an effort to present the thrilling action of Season 2 to an expanded global audience, SailGP has announced broadcast partners in key territories, including:

SailGP will be available in-flight on Sport 24 and the broadcast will be streamed live on SailGP YouTube and Facebook pages where rights restrictions allow.

SailGP CEO Sir Russell Coutts said: “The success of our broadcast partnerships relies upon the distribution of a premium product that appeals to a wide range of people so we have been working hard this past year to look at new ways that we can deliver our adrenaline-fueled championship around the globe and create a better and even more innovative viewing platform through technology and innovation. We are delighted that SailGP will be broadcast in 175 territories globally this season – 30 more than last season – and with such a wide array of broadcast partnerships it truly highlights the appeal of SailGP and the eagerness to showcase these intense rivalries and cutting-edge boats to sailing fans and newcomers to the sport worldwide.”

SailGP media rights distribution for 2021 was handled by IMG.

The SailGP App is available to download free via the App Store and Google Play.