Last week, KAWS made headlines after sending COMPANION, his now iconic sculpture, in to space. It’s rare that an artwork finds itself that far off the Earth’s surface, but what about artworks that are popping up in another unusual place on Earth: underwater. These unique underwater museums are often either historic or environmentally conscious and you might want to add them to your list of places to visit once you shake the dust off your suitcase – and flippers – after the pandemic.

Just off the coast of the island of Alonissos, Greece has opened its first underwater museum that features a vast trove of amphorae dating back to the fifth-century. Discovered in the mid 1980s by a fisherman, thousands of amphorae cover the floor of the Aegean Sea and have become known as the “Parthenon of shipwrecks,” for its age and importance.

In a consolidated area that marks out the footprint of a vessel, believed to have been an Athenian merchant ship carrying wine, the wreckage is significant because most of the vases are still intact.

“This wreck lies at 21-28 metres depth near the shores of the Peristera islet and contains 3,000 to 4,000 amphorae,” said Lina Mendoni, culture minister of Greece in a statement, so it’s an ideal place for divers.

The diving attraction opened on August 3rd and is welcoming divers to join diving tours until October 2nd, as a trial run for the museum. If you can’t dive, though, you can take a virtual tour of the wreckage at the information centre for Alonissos. Greek officials hope to open another four diving sites featuring ancient shipwrecks in the future.

Check out the other three underwater museums, inlcuding one in Australia, at Art Critique. 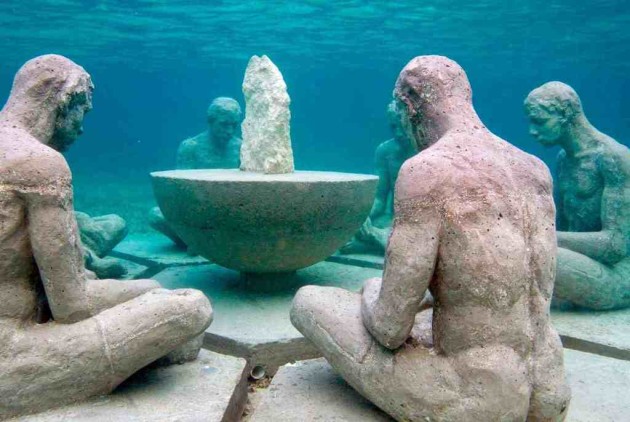