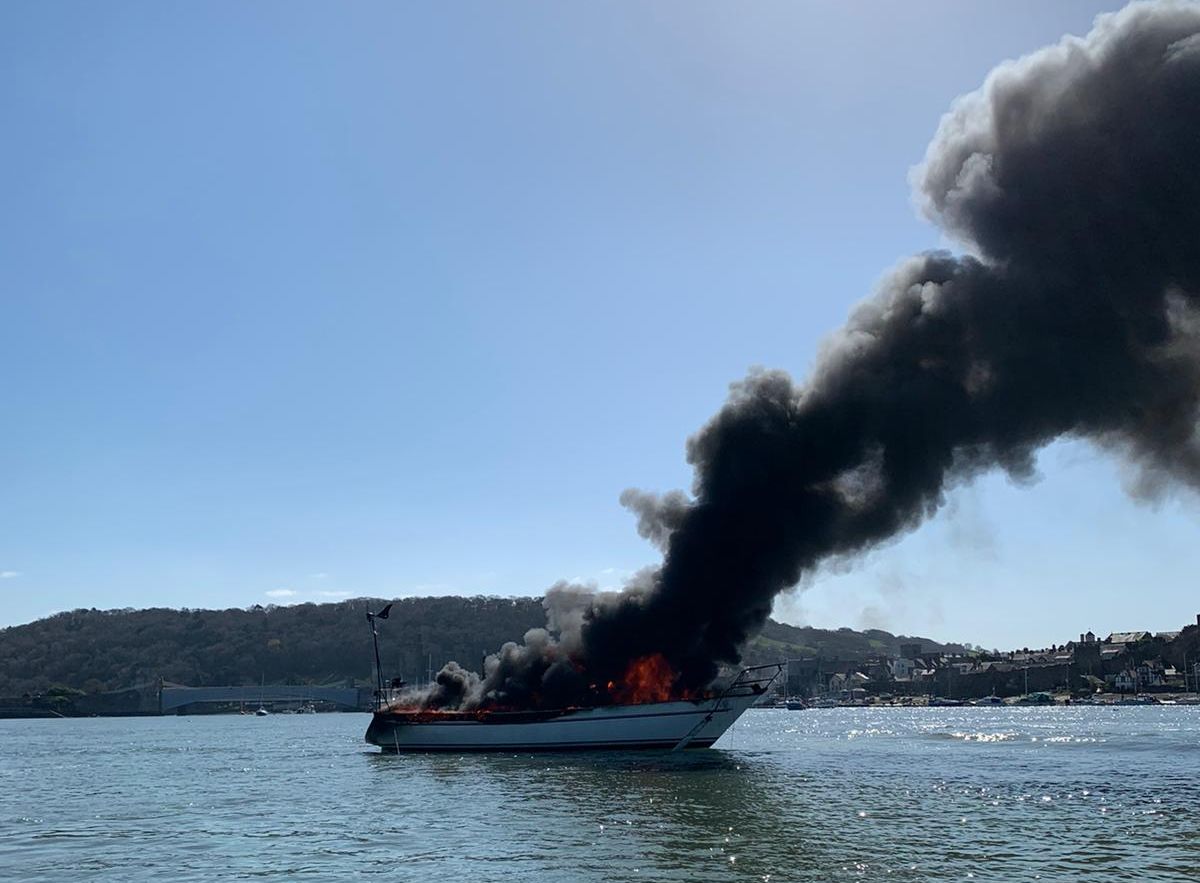 A yacht caught fire while on passage outbound from Conwy Marina and the four people on board were rescued by the crews of two other vessels.

The four crew had noticed smoke coming out of the engine space hatch. After initially attempting to extinguish using fire extinguishers, the fire unfortunately escalated out of control. They subsequently raised the alarm and all four individuals – two adults and two children – were assisted off the vessel by the crews of two nearby yachts, identified by HM Coastguard as the Osprey and the Freedom.

“That was very quick and extremely brave of the rescuers – the vessel was quite significantly on fire when they made the call to us,” an HM Coastguard spokesperson said. “They were all very lucky and I have to say my gratitude to those two yachts that rescued them so quickly.”

There was an easterly breeze, coupled with an incoming flood tide, which subsequently carried the yacht upriver, in the direction of the town quay. Since there was a full cooking gas cylinder on board, which would likely explode at some point during the fire, HM Coastguard opted to let the boat drift without attempting to get close. The Conwy RNLI lifeboat stood by on station to monitor the vessel.

By now the fire was well established and the vessel drifted onto a pontoon opposite the Quay wall and was held against another smaller vessel which sadly also caught fire. Given the billowing smoke, the decision was made to close off the Quay.

The Harbour Office’s barge, under command of the Harbour Master, successfully assisted the fire service with transporting firefighters and equipment to help successfully extinguish the fire.

Unfortunately whilst the casualty vessel was being re located towards the shoreside, it succumbed to its damage, and sank. The secondary yacht which had caught fire was successfully moved to the foreshore, so as to assist the fire service in ascertaining whether the fire was fully extinguished.