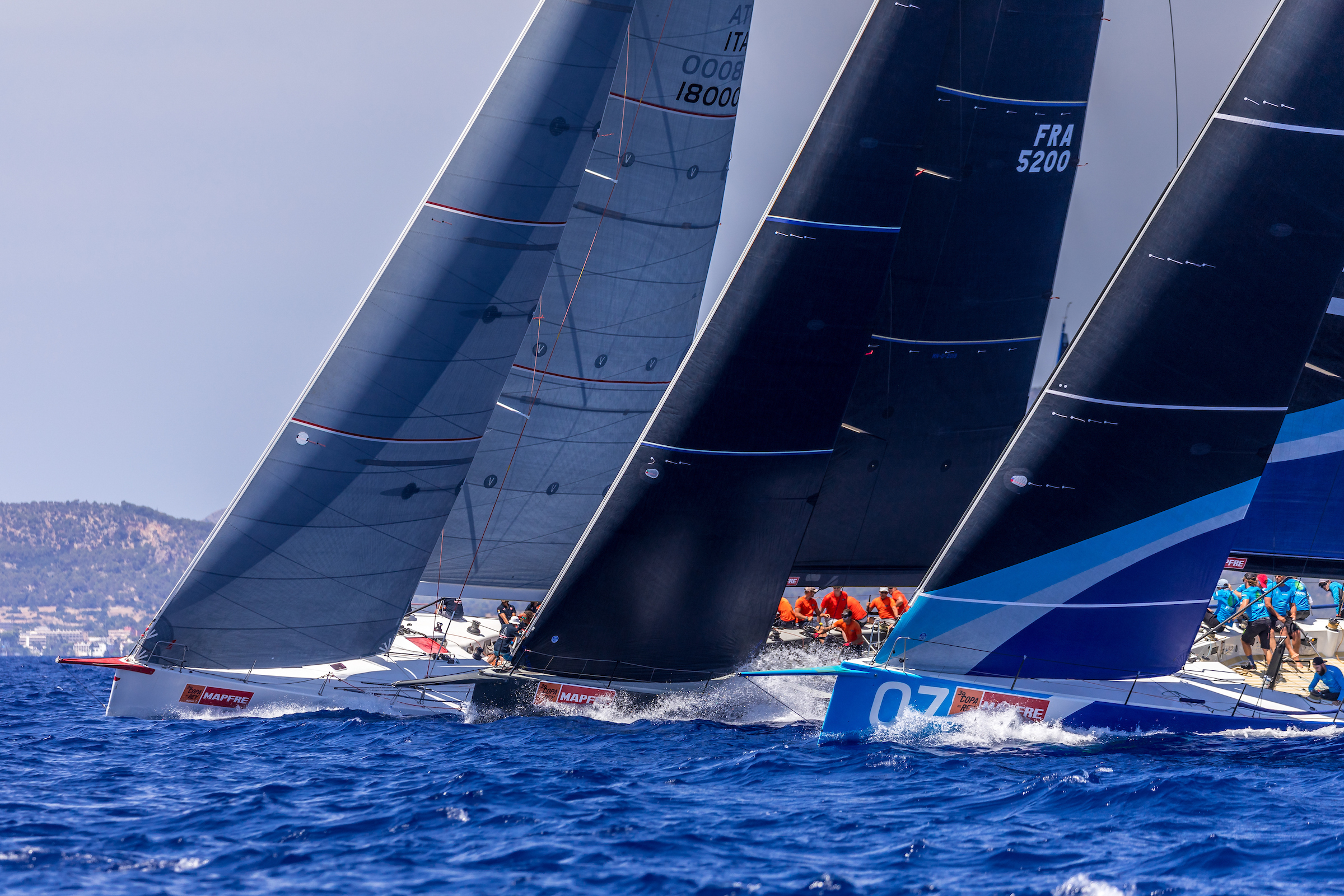 Palma de Mallorca: On Day 2 of the 39 Copa del Rey MAPFRE, it was one of Spain’s most decorated Olympic heroes, Iker Martinez, who guided Andrea Masi’s ClubSwan 50 Ulika to get some of the best results of the day, putting them ahead of the 16 boat fleet.

While Ulika moved up to fifth, two third places keeps the world champions, Marcus Brennecke’s Hatari, well clear at the top of the points table.

Day 2 of the 39 Copa del Rey MAPFRE was trickier that day one, with the  thermal breeze proving a lot more unsettled and changeable.

Martínez said, “We found the speed today in the lighter winds that we did not have yesterday in the stronger breeze. The conditions were different and with the better speed today we could be more aggressive on the start line.

“It was pretty strange, we were expecting a normal sea breeze day and sometimes it was almost 40 or 50 degrees right coming off the land. We were very aggressive and pushed very hard to start on the pin and go left, we did not really expect to be in front some of the time and so you have to enjoy the day. It is nice to get these results in this fleet. Yesterday was hard in this fleet but today you enjoy it, the owner is happy.”

Markus Weiser, tactician on Hatari said, “It was hard, it was unpredictable and so to come away with two third places today you have to be happy. It was shifty and so you had to remain patient. It was a hard day but it was good.”

And just as Hatari extended their lead at the head of the Clubswan 50 fleet so did the Italian crew of G Spot in the ClubSwan 36. Giangiacomo Serena thanks to their 3,1 today.

Michele Paoletti, the Italian Olympian and former Azzurra tactician explained how they are getting the best from G Spot, “The boat is fast and we are manoeuvring well and usually we are making good choices. In the first race we were leading but picked the wrong side of the run and lost five boats immediately. It was difficult. But we are leading the qualification series right now but that means nothing as all your points cancel out. This is the game and we have to play the game.

“This is a new boat and I think we have maybe learned a few things faster than the other teams,” said Paoletti of the new Juan K design. “It is a small boat but it sails like a big boat. If you stop you lose distance and when you are slow the boat goes sideways, you have to sail to your targets and keep going fast. I think you have to be very precise in the way you sail this boat.”

The defending Copa del Rey champions have taken the lead in the ClubSwan 42 class. Natalia Brailou’s eponymous Natalia mirrored their Day 1 1,4 with a 4,1 today to lead now by two points.

Luca Lanzillo off Natalia said, “It was more difficult, shifting a lot. The first race we were on the wrong side of a big shift and got back to fourth, the second one was not so bad. The second race we gained only on the last downwind using the shifts and the wind pressure best.”

A minor technical failure cost Andy Soriano’s TP52 Alegre time during the fourth race for IRC Class 1 and allowed the French crew of Paprec to escape to win race 3. But Alegre are still leading their class, with three wins and a third putting them two points ahead of Paprec.

“We had a little too much wind for the mainsail we had on today and that was quite hard but we were lucky in the second race and could take advantage when two of the other boats had their problem with their jibs,”  said Stéphane Neve, skipper of Paprec Recyclage.

The only boat with a perfect scoreline is Javier Banderas’ Swan 45 Teatro Soho Caixabank which has won four times in a row in BMW ORC 2 to lead by six points. In the Sotheby’s Women’s Cup there are only three points separating the top three teams, the Vigo crew of Patricia Suarez are still leading.

Racing resumes tomorrow in the Bay of Palma at 1300hr (local time.)