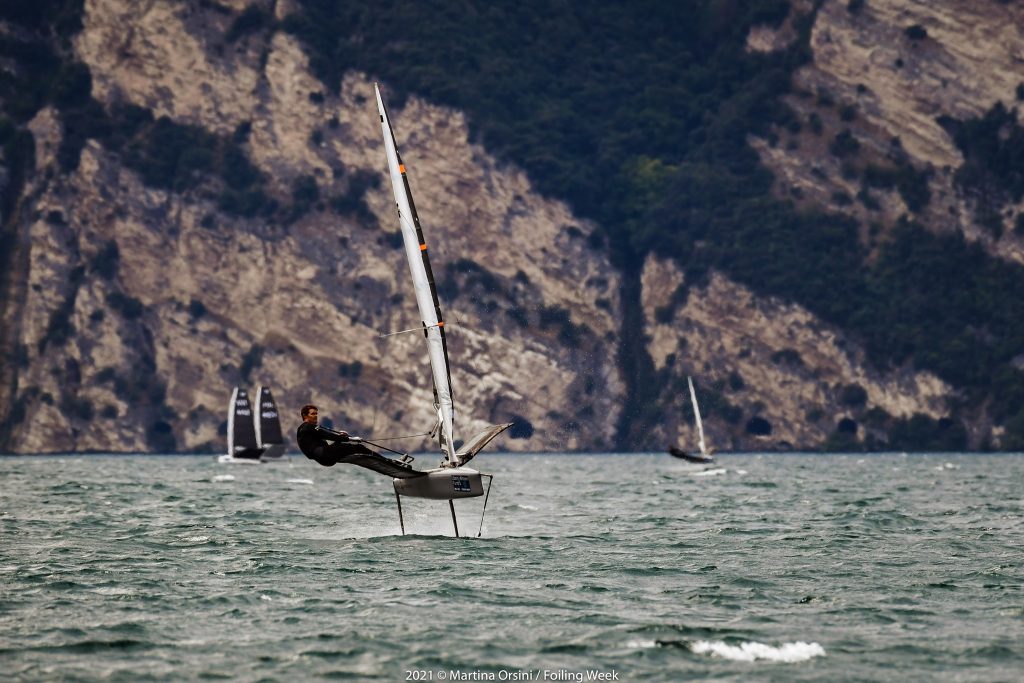 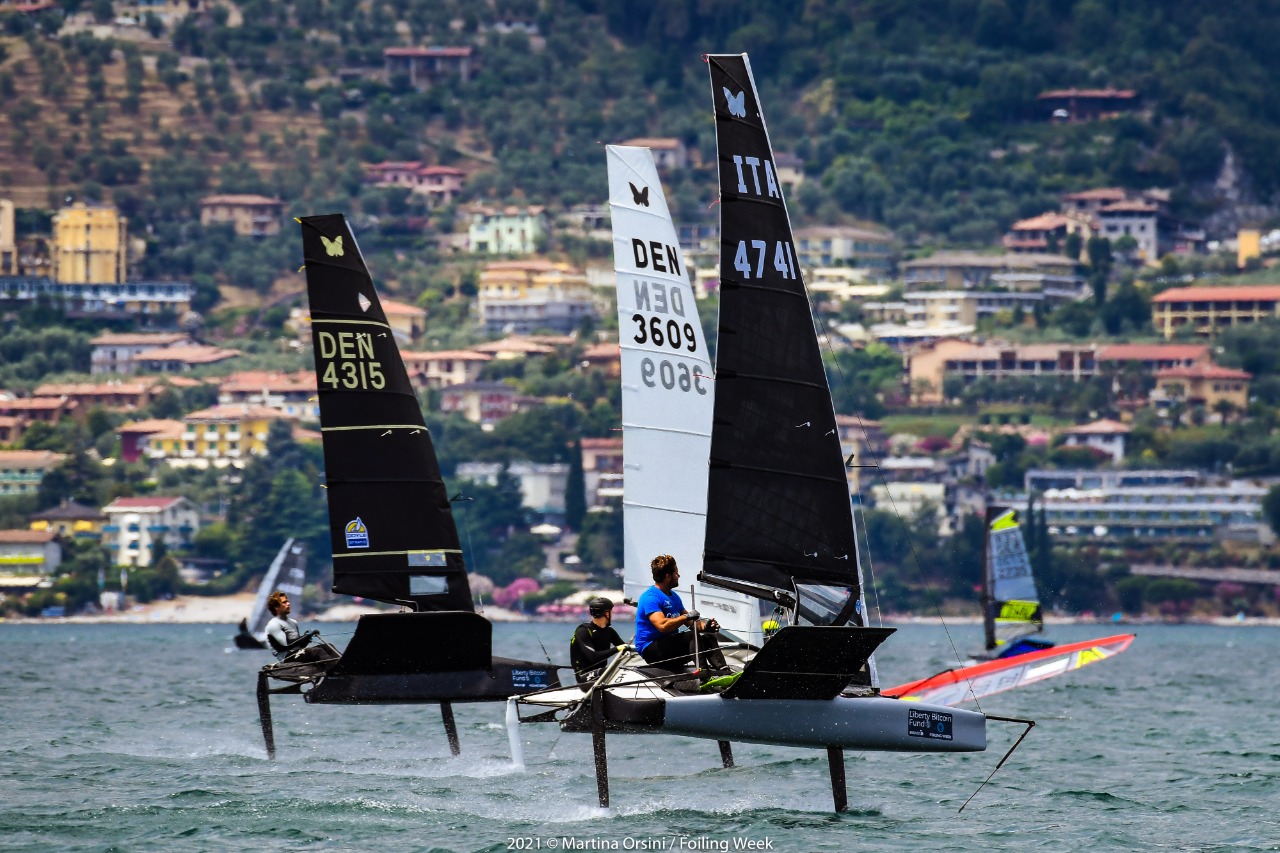 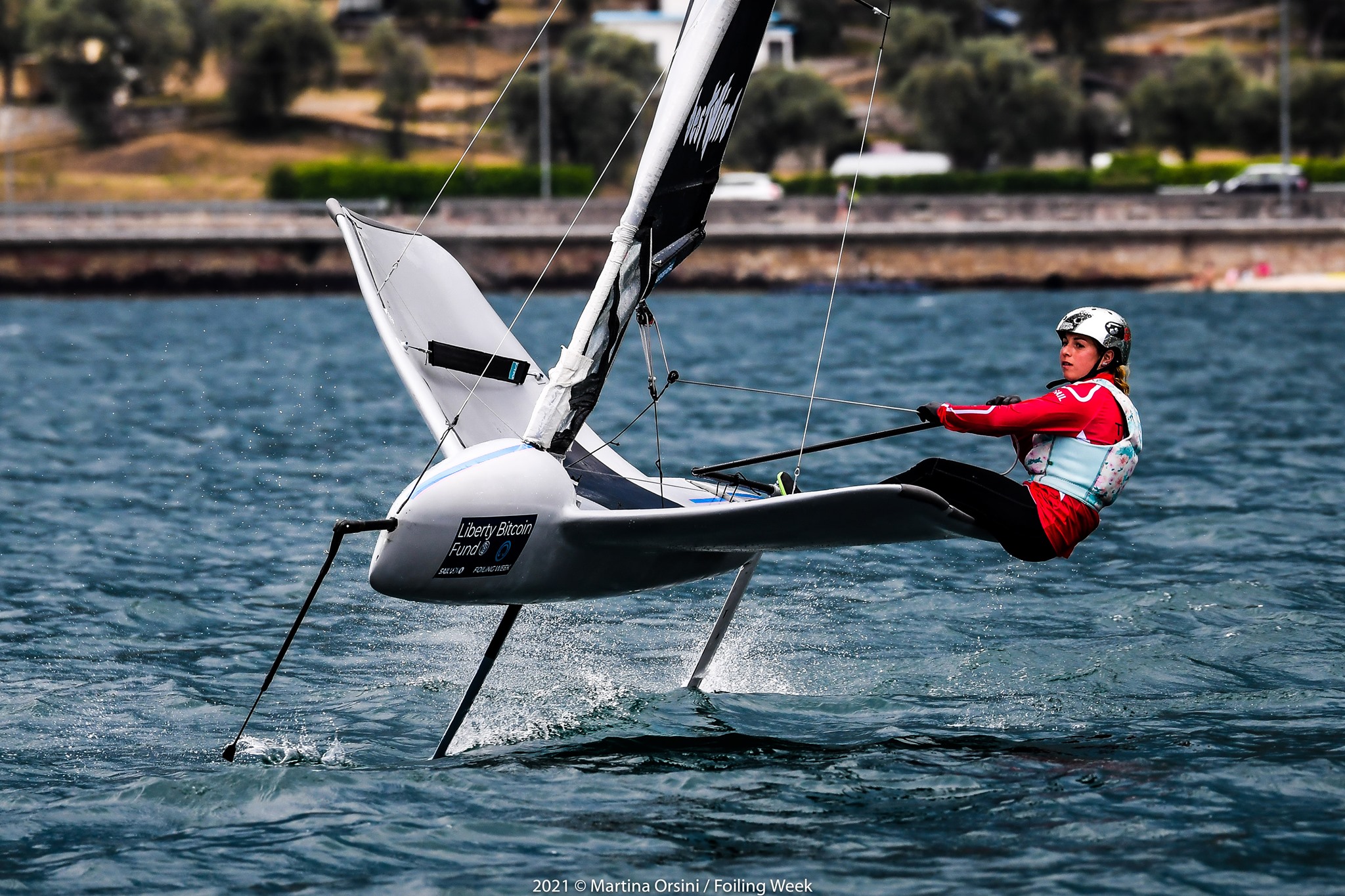 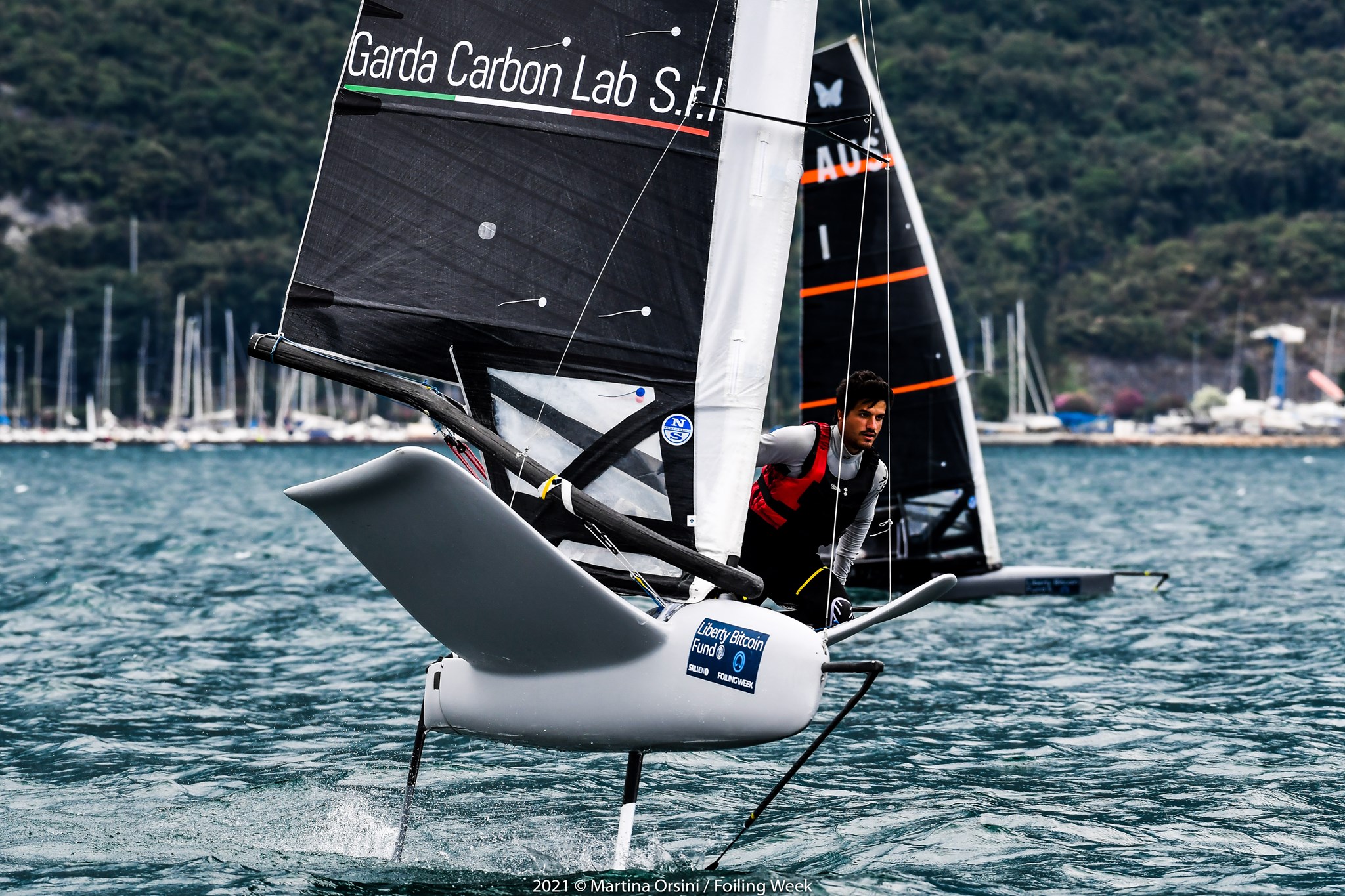 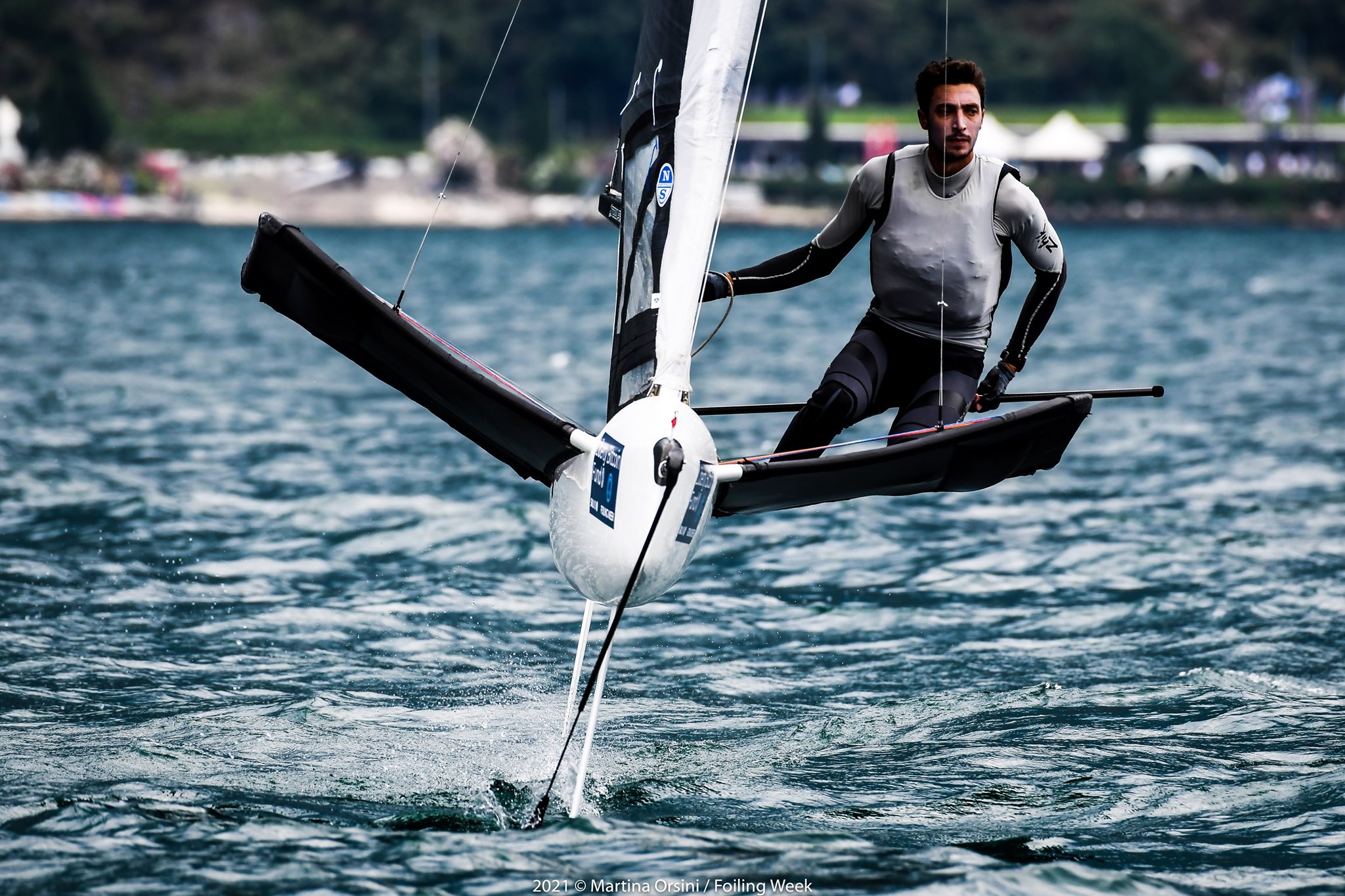 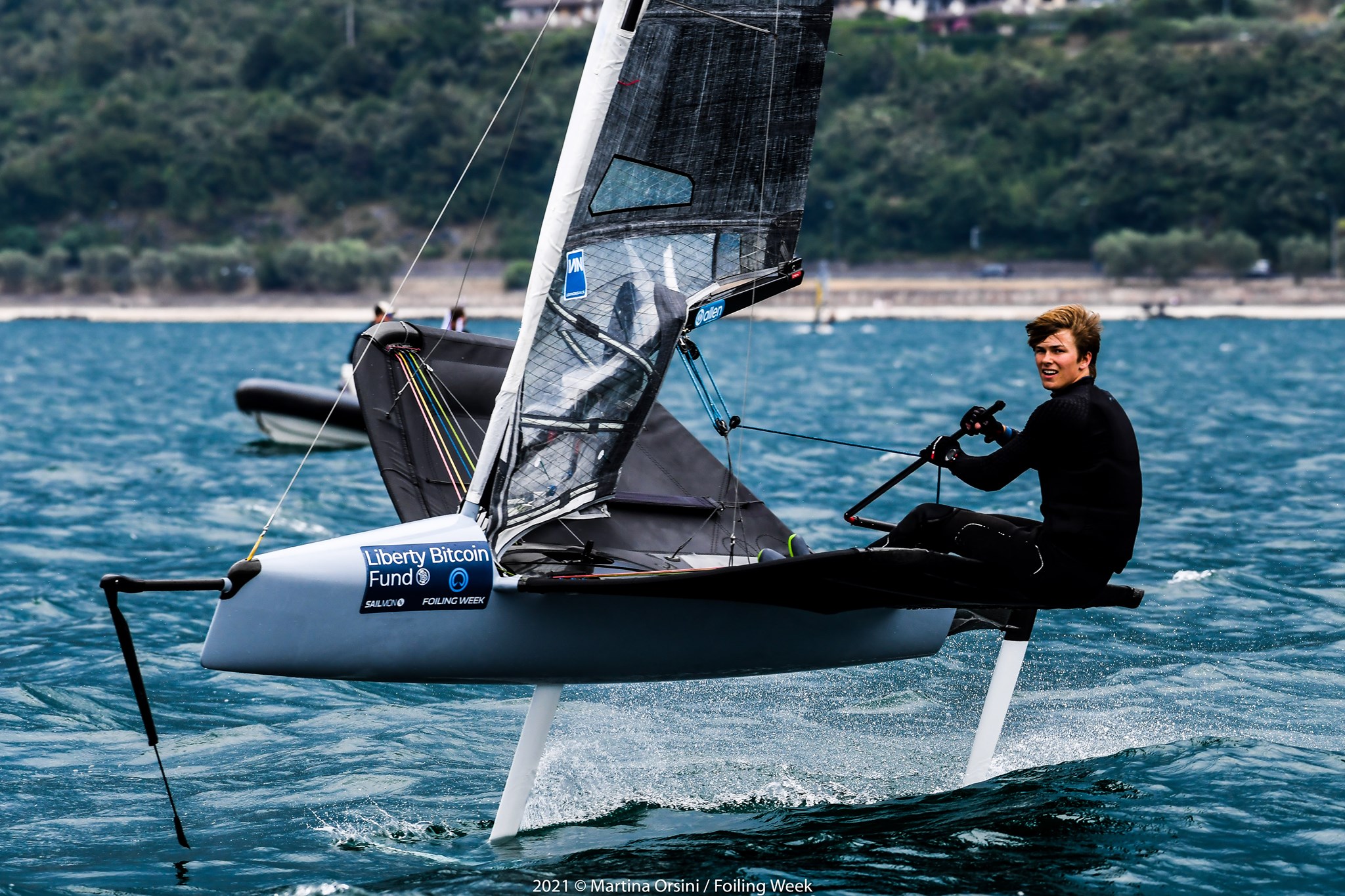 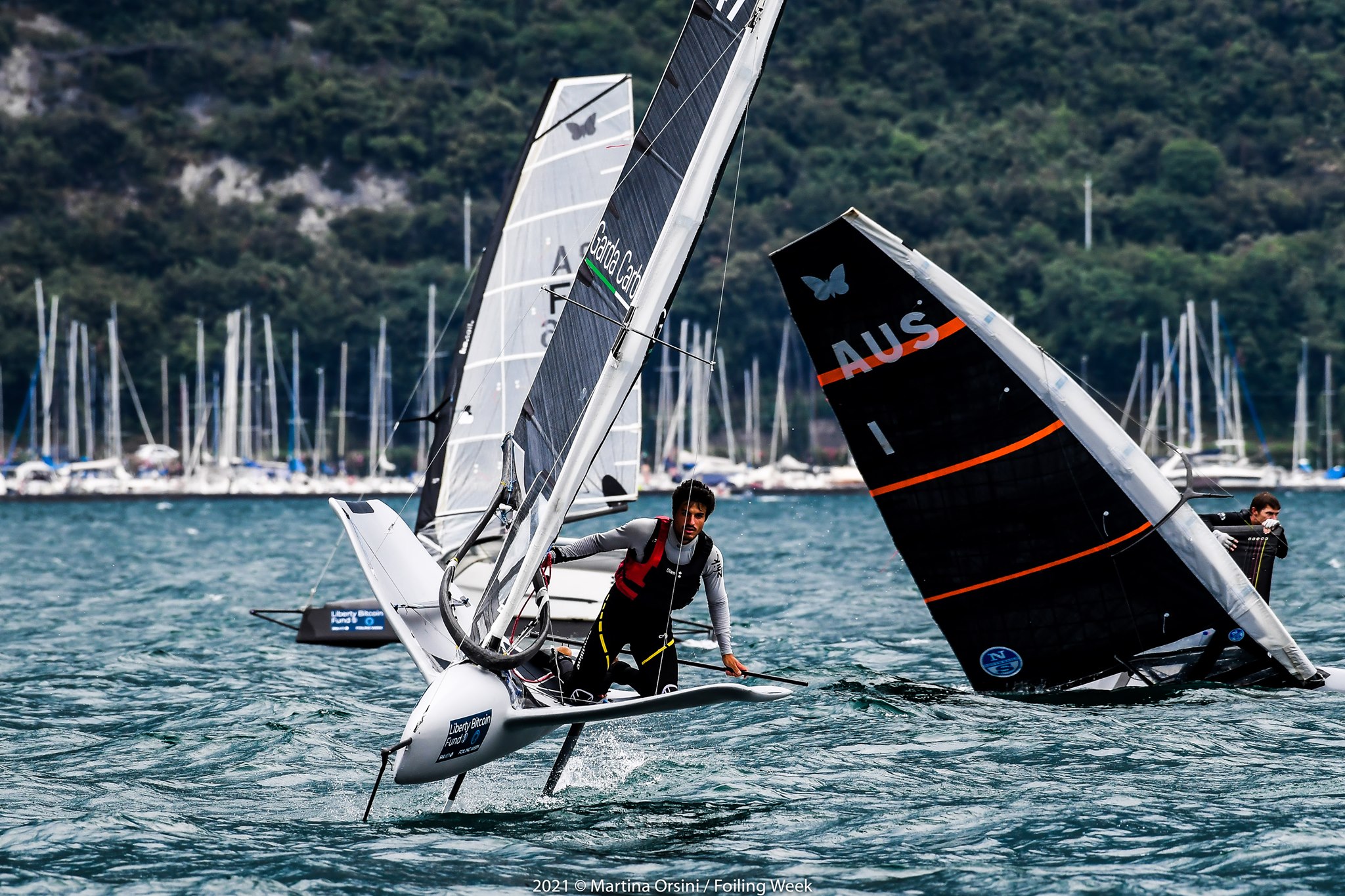 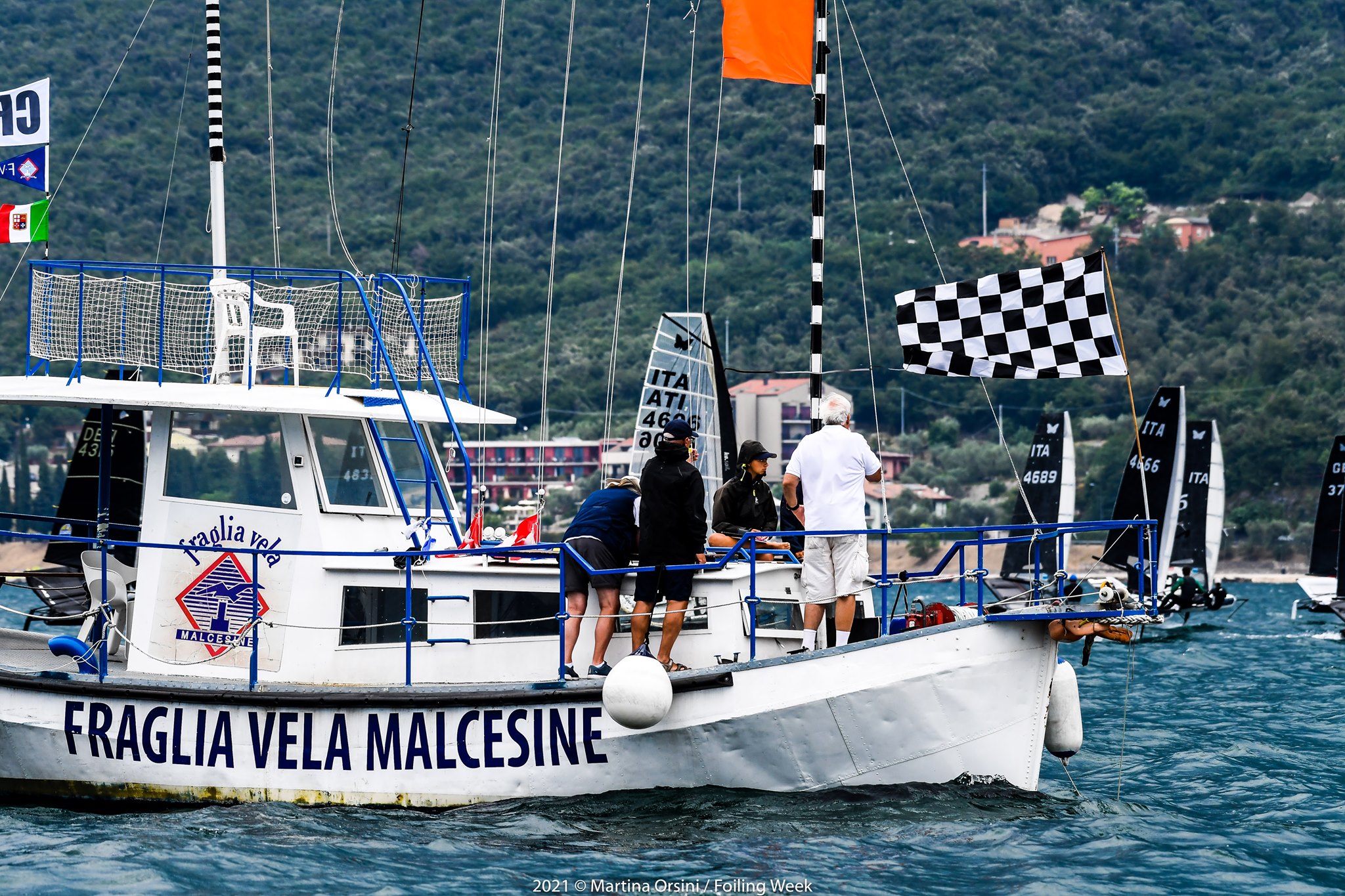 The third day of the Foiling Week and the Liberty Bitcoin Moth Cup was another successful race day. Four races were held in a strong southerly breeze, ranging between 14-20 knots.

Again, the bookmaker’s favourite Tom Slingsby (36) from Australia was the sailor to watch. Tom had another three race wins, the same results as he had on day two of the regatta. However, in the last race Italy’s Francesco Bruni managed to take home the win, while Slingsby was second.

With 8 races held out of a total of 12, the fight for silver and bronze has become a tight race. Italy’s Ruggero Tita (29) is in second place overall and has a slight advantage, being 5 points ahead of Bruni (47) and 6 points ahead of Hong Kong’s Nicolai Jacobsen (19). All three sailors have been consistently in the top in all 8 races. Today Bruni scored 5, 4, 5, 1 while Jacobsen had 4, 8, 6 and 5.

The Liberty Bitcoin Moth Cup is the last event for Tita before he is heading off to Tokyo Olympics as the helmsman of the Italian Nacra17 team. He is the current World Champion, several times European Champion and a favourite to take home the Olympic Nacra17 Gold medal.

We are looking forward to another exciting day of foiling. With up to four races to go and most probably light wind conditions – anything can happen.