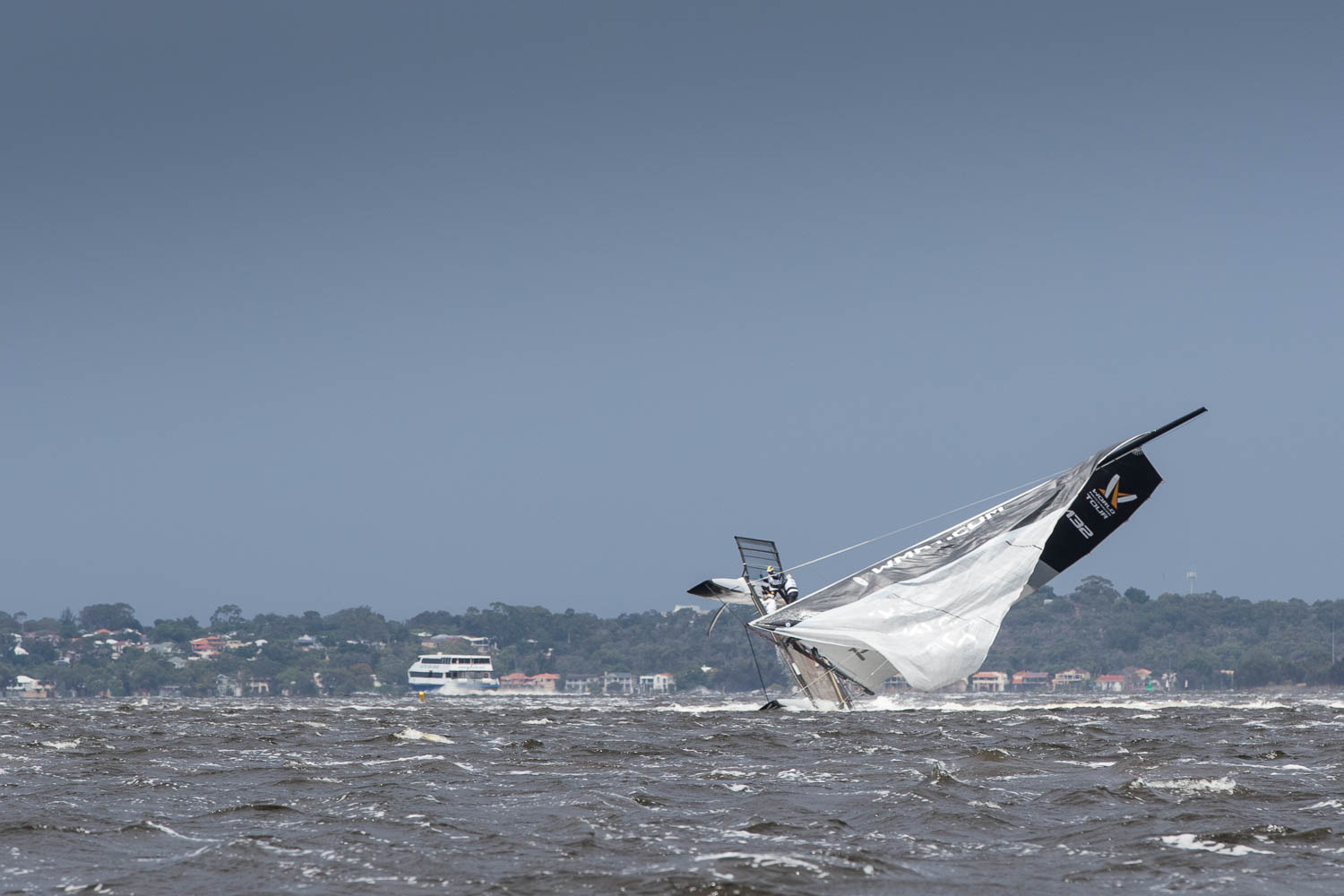 Perth, Australia (March 21st, 2017) – Match racing is a cruel sport, there is no second, just winners and losers, and Sally Barkow and George Anyon were reminded of this today in brutal style. Both have been eliminated from the Match Cup Australia with Dutch sailor Pieter-Jan Postma defeating both and making it through to the Super 16 Round.

The elimination of Barkow, a Tour Card holder, could be the first in a series of upsets in this regatta, with so much talent lined up, no one is safe, and there will be more early exits tomorrow, when the super sixteen get cut down to just eight teams.

At the end of the group fleet racing stage of the event, there were clear leaders in groups one and two, but group three continued to provide nail-biting competition, with three teams tied for first place. In group one, Chris Steele ruled the roost despite having to count average points for today’s four races, due to boat damage.

In group two, Taylor Canfield was the class act, chalking up a total of six wins and two second places, to win the group by nine points.

Frenchman Yann Guichard, and Australians Torvar Mirsky and Evan Walker all finished the series with 22 points in group three, and only one point back in fourth place is Ian Williams.

For Torvar Mirsky this is a dream return to the World Match Racing Tour after a four year absence, “I guess we’re surprised to find ourselves equal first,” he confessed, “we didn’t come in with expectations of results.

“We just were focussed on sailing together, and I guess we’re in that honeymoon period of sailing together, we’re a new team and there’s a bit of extra excitement with sailing together. It’s nice to have this event here at our home club, so we’re just happy and working hard. I think we’re in with a good shot whatever happens.”

While on the first day the teams were challenged by light and shifty conditions, today it was all blood and guts, with winds in the 20 to 25 knot range, and plenty of crashes and capsizes.

The event is being hosted by Royal Freshwater Bay Yacht Club and sailed on the Swan river. Tomorrow it is all match racing and the elimination of eight further teams, with the finals being sailed on Saturday.