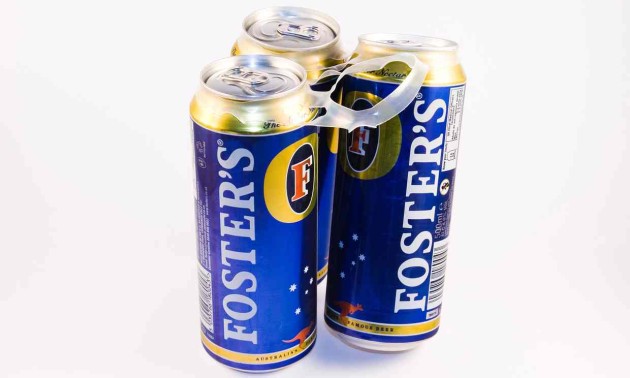 “Instead of killing animals, our packing design will provide them with food,” explains Saltwater Brewery co-founder Chris Gove of his company’s biodegradable, edible beer pack rings.

The rings, made from wheat and barley waste – natural byproducts of the beer-making process – are being touted by the Florida-based microbrewery as a pragmatic solution to repurposing waste in the brewing process. It also hopes they can help combat the growing problem of ocean plastic pollution.

The packaging starts to disintegrate within two hours of being in the ocean, which prevents fish or other sea animals getting stuck in the rings. They take two to three months to completely disappear in the ocean, and it takes a similar amount of time to compost if left on the beach, although this varies slightly depending on soil, composition, humidity and temperature.

While alternatives to traditional plastic rings exist – PakTech’s recycled plastic can carrier, which is 100% recyclable, and Fishbone’s cardboard holder, for example– these don’t reduce the risk of entangling wildlife or being ingested.

Saltwater Brewery decided to collaborate with advertising agency We Believers to engineer an alternative.

“Our main challenge was figuring out what material would be sustainable and sturdy enough to hold a six pack of beer,” says Marco Vega, co-founder of We Believers. “Initially we wanted to make the rings from seaweed, but it’s too fragile and rigid to use once taken from the ocean.”