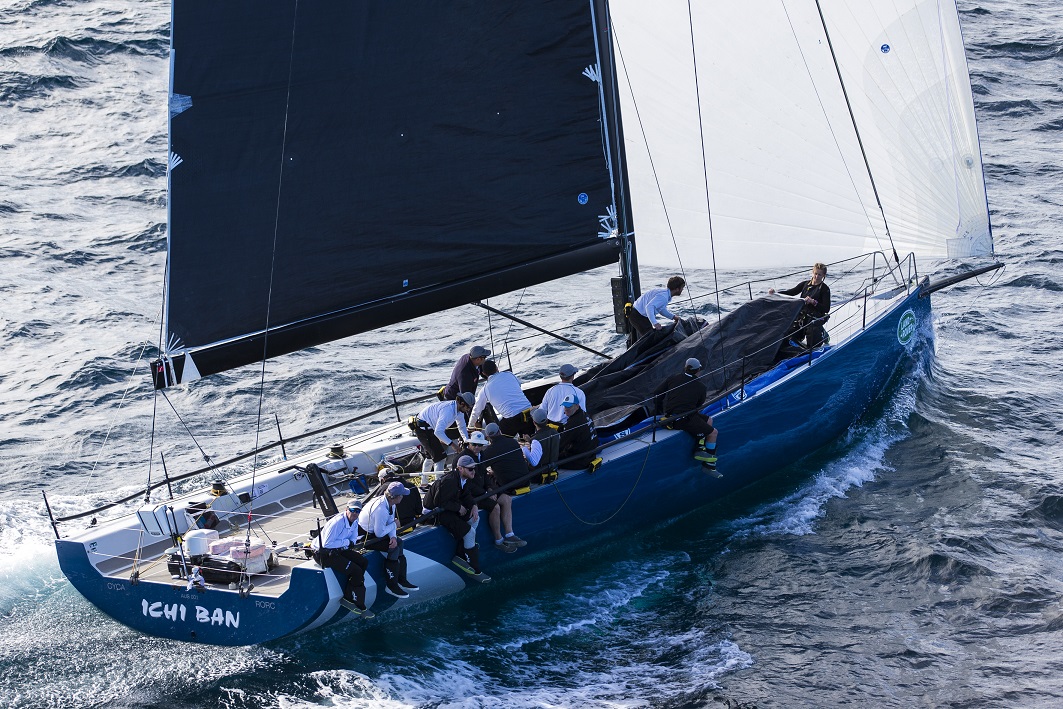 Starting at 10am off Point Piper on Sydney Harbour on Saturday, the Flinders Islet Race is the second race of the Cruising Yacht Club of Australia’s highly-prized Blue Water Pointscore (BWPS), in which the 2016 Rolex Sydney Hobart Yacht Race is the decider.

Matt Allen pointed to the entirety of the TP52’ fleet as potential threats, but singled out Balance as one to watch.

“It will be interesting to see how the TP52 brigade is placed in what is traditionally a windward/leeward or leeward/windward race, especially with the changes to Balance. It’s had a keel fin and bulb added making it a lighter displacement boat. The Gold Coast wasn’t a good test for the changes, but this race should be,” he said.

“Patrice (Tony Kirby) has also had mods. We’ll be keeping our eyes on both,” added the Australian Sailing president, who has a busy time ahead, with this race and the New Caledonia Groupama Race later this month, which he will contest with his Carkeek 60, also named Ichi Ban and already on her way to the French venue.

Patrice received a new bowsprit and larger kite to match pre-Gold Coast race and following the Flinders Islet race Kirby will opt for a lighter fin and bulb to lighten the load on his Ker 46.

“The Flinders Islet race will be a better gauge for us than the Gold Coast race as to our performance with the changes,” Kirby, a CYCA director said.

“As far as the competition goes, I think RKO will be pretty smart. They’ve got Gavin Brady (a Kiwi heavyweight), Wade Morgan and others – a good team. But I’ve got Barney Walker and my usual superstar crew, so we’ll see.”

Those contesting the race will vie for the 56th Ron Robertson Memorial Trophy, won by Darryl Hodgkinson’s Victoire in 2015. Victoire will be on the start line again, this time with her West Australian charterer, Brian McMaster, who will use the BWPS as his lead-in to the Rolex Sydney Hobart.

Those contesting the race under PHS will be vying for the 68th Kings Birthday Cup, last year won by Wax Lyrical, owned by Les Goodridge.