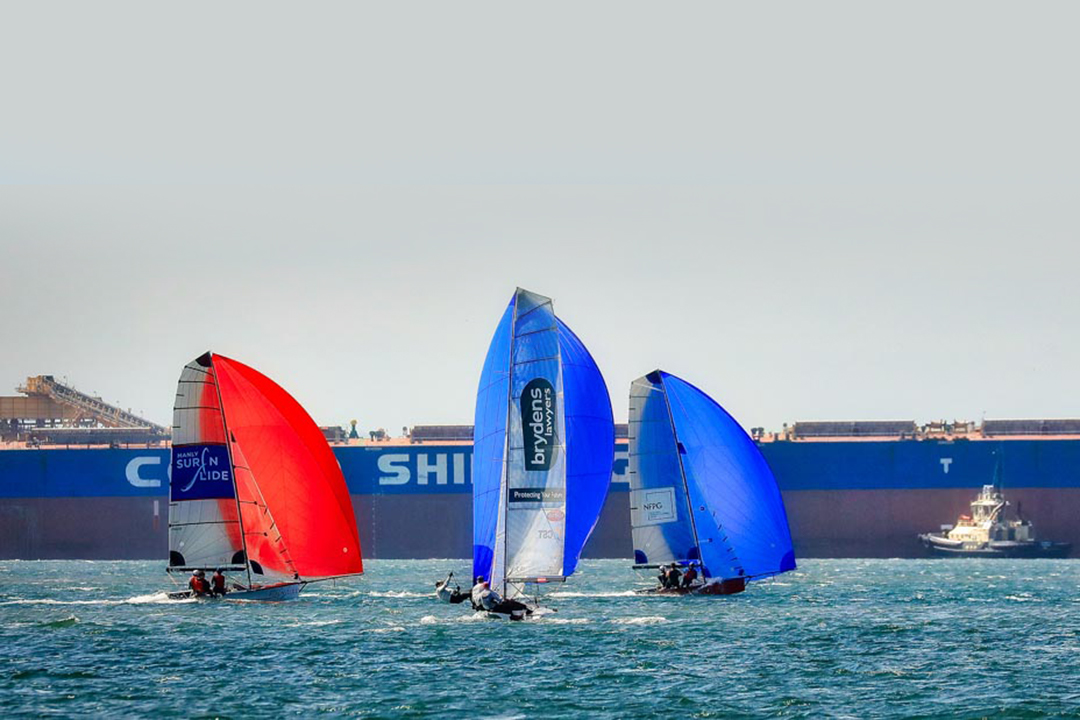 The fastest rooster on Newcastle Harbour will be crowned on Saturday March 30 when Port Hunter 16 Foot Skiff Sailing Club holds its legendary Cock-of-the-Harbour as part of the inaugural 2019 SailFest Newcastle Regatta.

The race name may furrow a few brows among today’s ‘PC’ set, but it harks back to an era when sailing was more of a knock-about pursuit – skiffs, in fact, have been racing at the club since 1913.

Similar can be said about the club itself, nestled on the harbour shoreline at Stockton. There’s none of your sandstone and ironwork, just a rustic patina of weatherboard and tin. You can leave your fancy Topsiders at the door too, for thongs are the fashion accessory of choice.

Among the club members there’s a healthy, if not wealthy, regard for all-inclusive, off-the-beach sailing, with multihulls welcomed to compete alongside the 16-Footers and performance dinghies.

Arran is even getting his 20-year-old skiff, ECP, out of mothballs for the occasion. It’s one of three Port Hunter skiffs left racing, although several from Belmont 16-Footers will be making the trek.

“We’re all getting older, fatter and slower, and the skiffs are a bit expensive for us to maintain,” Arran explains. “But we enjoy racing among ourselves and the other classes are going well at the club, including a Flying Ant division for the kids and a growing fleet of multihulls.”

In light winds the 16s are hard to beat, whereas the cats revel in fresher conditions – the defending champion is a Formula 18 cat, while a skiff holds handicap honours.

Arran is expecting 30 or so starters but remains typically chilled: “The sailing instructions look a bit like hard work,” he adds wryly. “Normally we just say, ‘here’s the course, we start when everyone’s ready’.” The gun, in fact, is set to fire around 2pm.

The club is also resurrecting the historic Newcastle Trophy on Sunday, taking competitors on a more spectator-friendly course along the city’s Honeysuckle foreshore. Its heritage dates back to 1834.

Both days of the weekend, Newcastle Cruising Yacht Club (NCYC) will have one-design Lasers and Force 24 keelboats in action, free TrySailing sessions in Throsby Basin at Carrington (10am-noon), and TP52s and a mixed yacht fleet doing battle off Newcastle Beach.

The social scene will be equally lively, with happy hours, cocktail parties and bands lined up at Honeysuckle Hotel, Queens Wharf Hotel and the NCYC.

The 2019 Sailfest Newcastle Regatta is being co-hosted by Newcastle Cruising Yacht Club and Port Hunter 16-Foot Skiff Sailing Club, with the support of Newcastle City Council, from March 29-31.