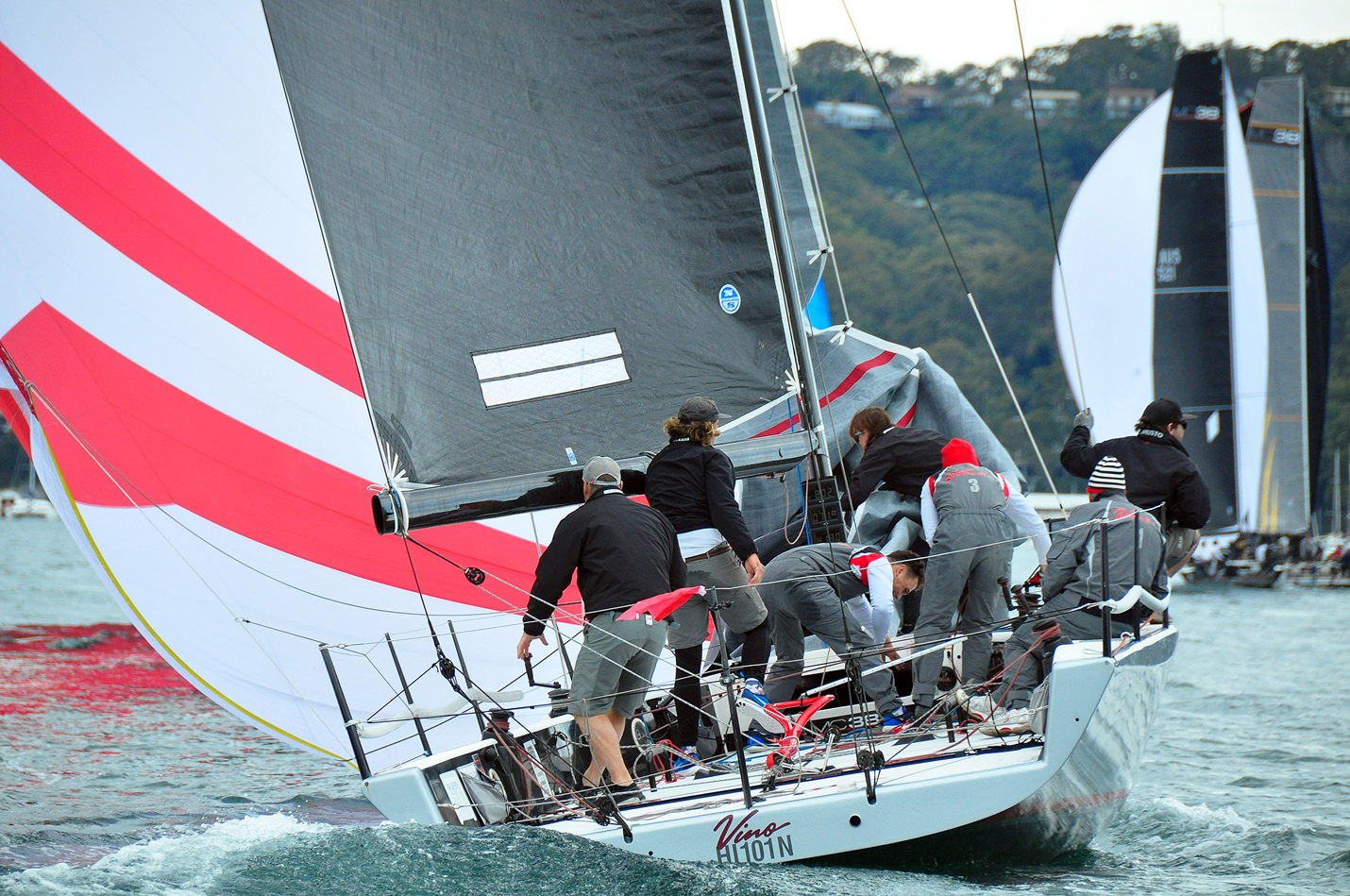 For a flaky Pittwater day with barely enough wind to pull off the schedule, there was plenty going on in the MC38 Winter Series act 3.

Half the fleet sailed an incorrect course in the opening race in light sou’west winds and two of those ran out of time to be scored. There were a number of start OCSs and umpire flags raised, and early series leader, Chris Way’s Easy Tiger, began famously with two wins on the trot then slipped to fourth overall due to spinnaker halyard issues and a resulting race three retirement.

Leslie Green’s Ginger, helmed by Julian Plante, put in a consistent effort – three thirds and a second – to be two points in front of John Bacon’s Dark Star at the end of racing in light winter northerlies on Saturday afternoon.

Colin Beashel, Ginger’s technician, said the only printable description of their outing is “interesting. Someone shook the pointscore up! We thought we’d won that first race but found out we’d done an extra lap; then we were OCS in races two and three but managed to recover.

“Pittwater in winter is certainly an interesting playground though it wasn’t raining or too cold,” the multiple Olympic sailor added, wanting to be upbeat.

Second overall thanks to consecutive top shelf bullets in races three and four is Dark Star, owner/skipper John Bacon saying, “We had a great second half after a scratchy start to the day. It’s all on tomorrow.”

On-water umpire Erica Kirby took advantage of the slower pace in light airs, up to a maximum nine knots out of the south-west in race two, for her first day working with the MC38s.

The weak high pressure system currently over NSW is also set to influence Sunday July 16’s program, west to south-westerly winds about 10 knots turning northerly in the early afternoon so again, the best MC38 action will be in the morning.

Three more races are slated but two will suffice given the light forecast says race officer Steve Merrington, who appreciated how testing Saturday’s conditions were for crews.

Racing is set to resume on Sunday at 1000hrs.

The MC38 class is excited to announce that after chartering Lightspeed for a number of regattas, Sydney based Steve Barlow has purchased the boat to become a permanent part of the close one design family.