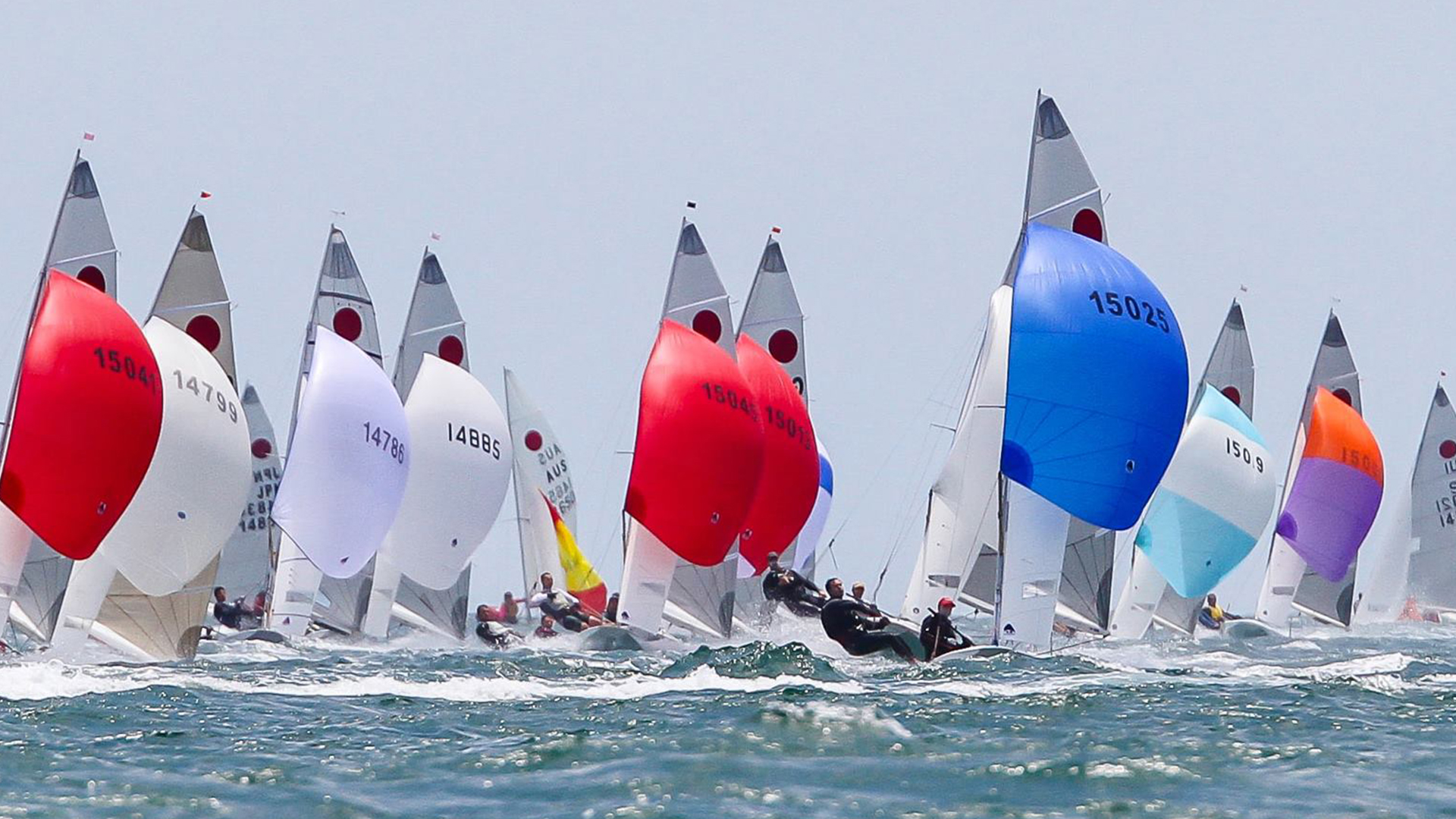 Strong fleet predicted before the Worlds

One of the strongest Fireball fleets in a number of years will do battle this week on Corio Bay, Geelong as racing for the 2019 National Championship kicks off today.

Hosted by the Royal Geelong Yacht Club, the 26-boat fleet is made up of a number of top contenders with reigning national champions from South Australia, John Heywood and Brett Littledike, back to defend their title.

After a measuring and registration day yesterday, racing begins today with one invitation race followed by the first two championship races.

Fresh off a second place last year, another former national champion team in Heather Macfarlane and Chris Payne will also be looking for success this year – especially after considerable effort in organising this national championships in their home state of Victoria.

Last year's third place skipper Ben Schulz will also return this year for a crack at championship glory after a busy New Years regatta period that saw him compete in the 505 World Championship in Fremantle.

But what makes this fleet truly special is the plethora of junior talent that is competing. Jalina Thompson-Kambas from the Largs Bay Sailing Club in South Australia will be looking to achieve some success after great results over the last few years.

While she is not an under 21 skipper anymore, she leads a strong contingent of youthful skippers, which also includes under 21 helms Sophie Jackson, Alex Higgins and Nathan Field.

The Fireball Nationals in Geelong will be the starting point for the road to the 2022 World Championships, also hosted by the Royal Geelong Yacht Club, and is expected to trigger a resurgence in numbers for the class. The increasing fleet numbers for this year's nationals is a perfect example of the enthusiasm the class will grow as they head towards a home world championship.

To keep up to date with news and results during the regatta, stay tuned to the Down Under Sail website.