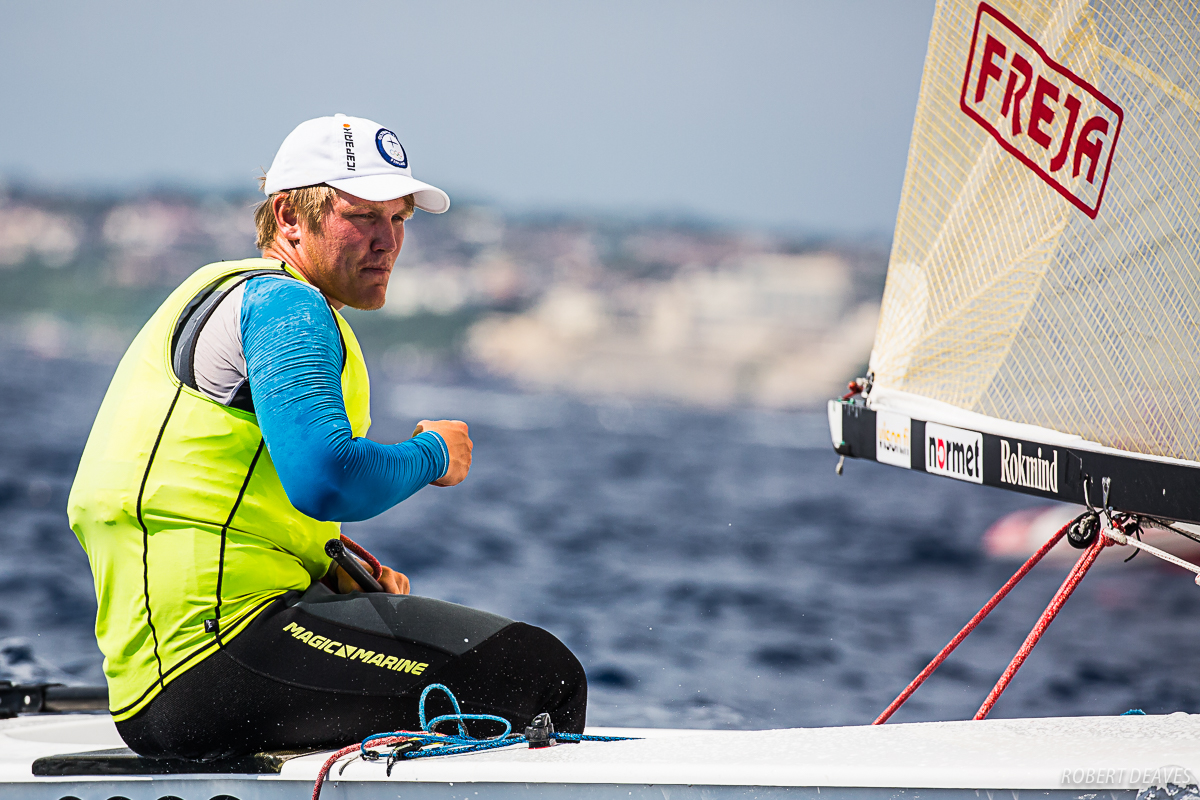 It has been a long time coming, but the first major international Finn Class event of 2020 is due to begin this weekend. The U23 World Championship for the Finn Silver Cup will take place in Canet en Roussillon, in the south of France.

Initially intended to be combined with the Finn Gold Cup in Palma, in May, the postponement of the 2020 Olympic Games brought the opportunity to hold it as a standalone event, in what had previously been a very packed season leading up to Tokyo.

The Finn Class planned to reschedule its three major championships for the late European summer, in the hope there would be a coronavirus free window of opportunity to go sailing. The U23 World Championship will be the first major event of the year, followed by the European Championship in Gdynia in September and hopefully the Finn Gold Cup in Palma in October.

Oskari Muhonen, from Finland, is aiming to defend his U23 title against a select group of young Finn sailors keen to get some racing in after a year which promised so much but has been devoid of international competition.

Muhonen is a two-time winner of the Silver Cup. He first took the title in 2017 on Lake Balaton in Hungary, and then repeated that feat in Anzio, Italy, last year. The fleet this year is smaller, with around 20 entries expected, but it will be no less of a challenge.

But most of all he is glad to be back racing in what will be his final Silver Cup. “It’s really nice to finally have an international regatta. We have had some national regattas in Finland this year but this is the first big regatta of the year.”

He has spent most of the year training in Finland. “Considering the circumstances, I have been training quite normally in Finland. Obviously I haven’t been able to train abroad until the summer, but the situation never got as bad in Finland as it did in other European countries. So, I was able to focus on my fitness during the spring and also spend some time in the home waters with Tom Ramshaw, from Canada, who was also in Finland during the spring and early summer. During the summer I have had several training camps in France and Sweden.”

On the venue, “I have sailed in Canet a bit, but never during the summer. I expect the winds to be light sea breeze or heavy off shore winds.”

One of Muhonen’s main opponents could come in the shape of Guillaume Boisard, from France, who won the French Championship on the same waters in 2019. It is also his final year as an U23.

Boisard said, “I'm quite excited to participate in my last Silver Cup after four years training in our Olympic Class, especially because it's my last chance to win an international medal in a major junior event. Reaching the top three would represent a great accomplishment considering all the personal sacrifices I've made in the last few years.”

Like most Finn sailors he has kept up with training where possible during the lockdown. “I benefited from the spare time to finish writing my thesis and getting my studies validated. It was a necessary anticipation because from May to July 2020 I was able to train regularly to prepare for the U23 Worlds. I had the possibility to train with other Finn guys from La Rochelle and it helped me to measure my current sailing level. Of course, it also led me to get some more confidence, knowing that my boat speed in light and medium wind conditions is OK.”

“In 2019, I became French Champion in Canet en Roussillon, with very few points on the final ranking. So I hope to be able to sail as well to finish my junior career very positively. Even if I know there will be some other good sailors, I'll do my best to get this international medal I am aiming for.”

As well as numerically strong French and Finnish teams, the line up next week includes the ever improving Federico Colaninno, from Italy, twice winner of the U19 title, Taavi Valter Taveter, from Estonia, Domonkos Nemeth, from Hungary, and Panagiotis Iordanou, from Cyprus.

For many of the sailors it will be the first true test of their lockdown training, and the first meeting for many since 2019.