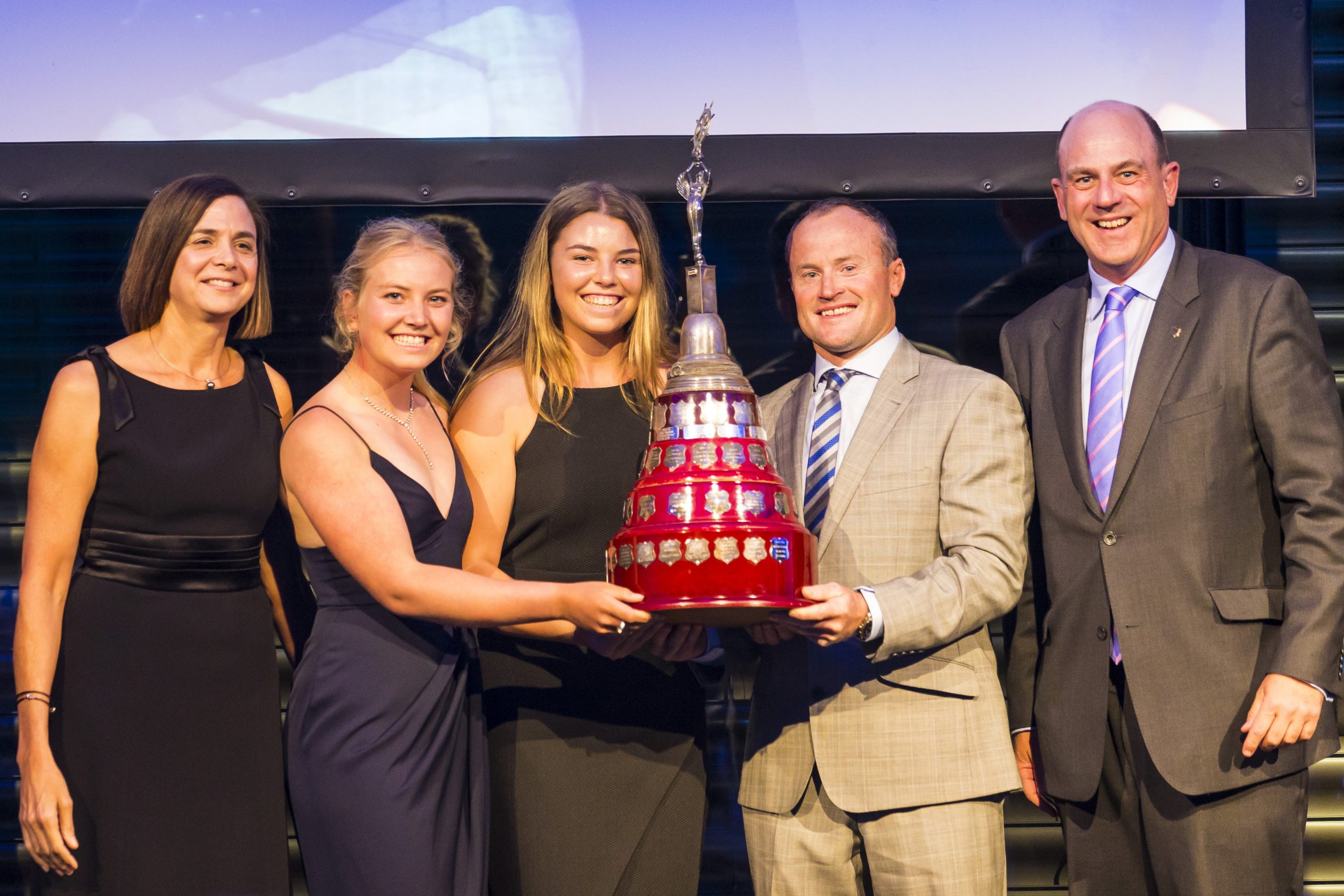 Off the back of another hugely successful sailing season in both Australia and around the world, athletes, clubs, officials and contributors will be honoured at the 2018 Australian Sailing Awards and Hall of Fame Induction dinner at Doltone House in Sydney on Friday 19 October.

Today, the finalists were announced across the 12 categories, with the winners to be announced on the night. Some of the most decorated world sailors are amongst this year’s nominees, along with some outstanding contributors from clubs across the country.

There were a record number of nominations for the 2018 Female Sailor of the Year, with 49er team and last year’s winners, Natasha Bryant and Annie Wilmot again nominated after a stellar year as part of the Australian Sailing Team.

The pair will face competition from fellow 470 Australian representatives Nia Jerwood and Monique de Vries and Nacra 17 sailors, Lisa Darmanin and Haylee Outteridge. In addition, the first female to ever win an ocean race, Wendy Tuck who won the Clipper Round the World Race is also nominated.

The para-sailing scene has been big across the world with Australians being front and centre of the action. Last year’s winner Matthew Bugg has been nominated again for his outstanding performance throughout the year. Bugg will face competition from Chelseann Osbone, Victorian 2.4m champion Neil Patterson, HANSA 303 world champion Chris Symonds and offshore sailor Walter Philippe.

This year the awards will also feature the Offshore Sailor of the Year Award to recognise the amazing achievements of Australian sailors winning offshore racing events at home and around the world.

Wendy Tuck’s efforts in winning the Clipper Round the World Race have seen her earn a nomination, along with Sophie Ciszek who was aboard the Volvo Ocean Race second place-getter MAPFRE.

Matt Allen, who set race records whilst winning both the Rolex Sydney Hobart and Brisbane to Gladstone Races as well as posting wins in the IRC and ORC Australian Championship, is also nominated with Melbourne to Osaka competitors Rupert Henry and Greg O’Shea rounding out the field.

The gala dinner will also feature the induction of five new inductees to the Australian Sailing Hall of Fame. The Hall of Fame is now in its second year, as it aims to celebrate the sport’s history and to celebrate those who have brought so much to sport.