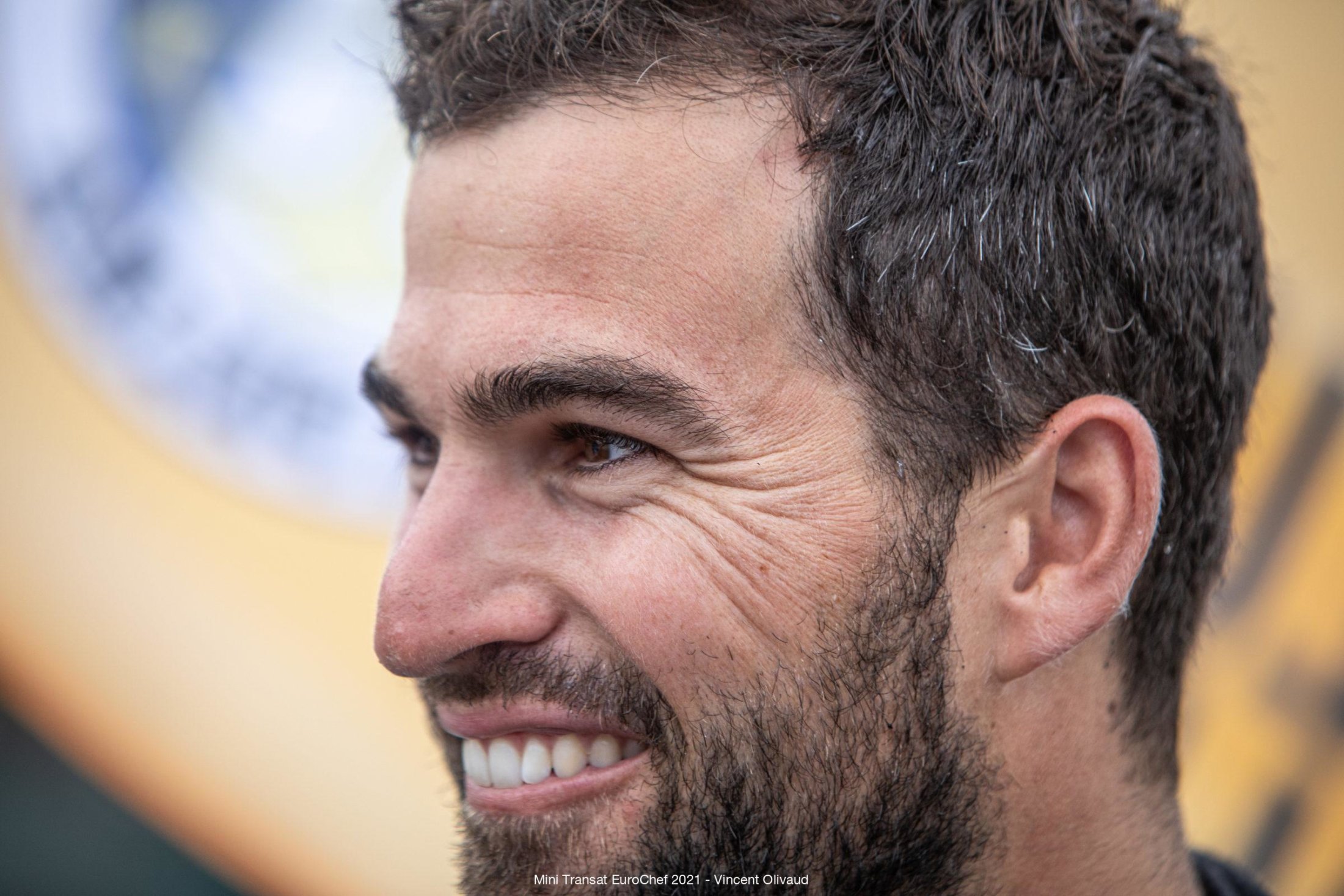 With the front runners now less than 500 miles from the finish and expected into the port of Saint-François this Friday, the battle is becoming more and more fierce within the fleet in this 23rd Mini Transat EuroChef.

In the prototype category, the top trio in the first leg, Tanguy Bouroullec (969 – Tollec MP/Pogo), Fabio Muzzolini (945 – Tartine sans Beurre) and Pierre Le Roy (1019 – TeamWork) seem to be bang on track for each of them to retain their podium place. Of course, it remains to be seen in which order, even though things are slowly beginning to get clearer.

However, the situation is much more uncertain among the production boats, where the top three are grouped within less than 8 miles and the top ten within 50 miles. Uncertainty reigns then for both this leg and overall ranking

“The breeze is rarely blowing in excess of 13-15 knots, but we had a gust of 20 knots in our first squall yesterday. There are big fluctuations, with the wind shifting up to 50 degrees,” noted the skipper of Petit Prince, one of the event’s seven support boats, in a report sent to Race Management this Wednesday.

On the approach to the Antilles Arc, logically there is increasing instability in the air. As such, the sailors must be able to anticipate some sharp variations in the breeze. The game plan now must involve adapting the sail area accordingly to avoid getting caught out and potentially breaking gear, as well as sailing as efficiently as possible at this stage of the race, with the focus on clawing back every mile as it may well prove to be decisive.

Clearly, there’s still everything to play for and it’ll be vital not to leave any regrets out on the racetrack. Now more than ever then is the time for them to give their all and pull out all the stops, even if, after twelve days of racing in this second leg and nearly as many during the first leg last month for the vast majority of the competitors, the fatigue is beginning to set in both for bodies and machines.

Though it’s unclear what this was, the current leader of the overall ranking has been posting some much slower speeds than his rivals over the past few days. It’s also suggestive of the fact that the skipper from the Finistere is going to be rounding off his race at high speed with his Pogo Foiler back up and running at her true potential. We’ll have to wait and see whether this will be enough to upset his two rivals because, until the finish line is crossed, it could still go any which way.

There are countless examples of this of course, including the incredible misfortune that befell the British skipper Alex Thomson, who shattered his dreams of victory in the Route du Rhum 2018 on a rock 60 miles from the finish line when the race had been effectively won.

On a more optimistic note, we can still attest that with less than 48 hours to go until the finish in Guadeloupe, the skipper of TeamWork has taken a favourable option, both in terms of leg victory and also for the event victory. Barring damage or a massive upset, he’s expected to cross the finish line this Friday between 10:00 and 16:00 hours local time (or between 14:00 and 20:00 UTC) with a potential six or seven-hour lead over the runner-up.

Literally anyone’s game in the production fleet
In the production boat category, there is still a big cloud of uncertainty obscuring the leader board. Rarely in the history of racing have we seen such a scenario. If we look back at the last two editions, in 2019 Ambrogio Beccaria dominated the race hands down, whilst in 2017 Erwan Le Draoulec really banged the point home on the number one spot several days before making the finish in Martinique.

This time, it’s virtually impossible to make any firm predictions. With four days until the finish (the ETAs in this category are fluctuating between 14 and 15 November according to the latest routing), the three leaders, Giammarco Sardi (992 – Antistene), Alberto Riva (993 – EdiliziAcrobatica) and Loïc Blin (872 – Technique Voile – Les Entrepreneurs du Golfe) are bunched together within just a 7.5-mile radius whilst behind, the fleet are surging towards the finish now, despite the fairly substantial lateral separation.

Less than 160 miles separate Quentin Riché (947 – Race for Pure Ocean) furthest north and Hugo Dhallenne (979 – YC Saint Lunaire) furthest south. Keeping pace and slaloming between the squalls as best they can are sure to be key for this final sprint and angles will also come into play.

Indeed, in the area surrounding the Caribbean, the wind tends to shift a little to the east under the influence of the Azores High. This means that the competitors furthest north are benefiting from a slightly more favourable angle to the wind with which to make the finish compared to their rivals on the other side of the race zone. In short, you’ve got the picture, the die is far from cast.