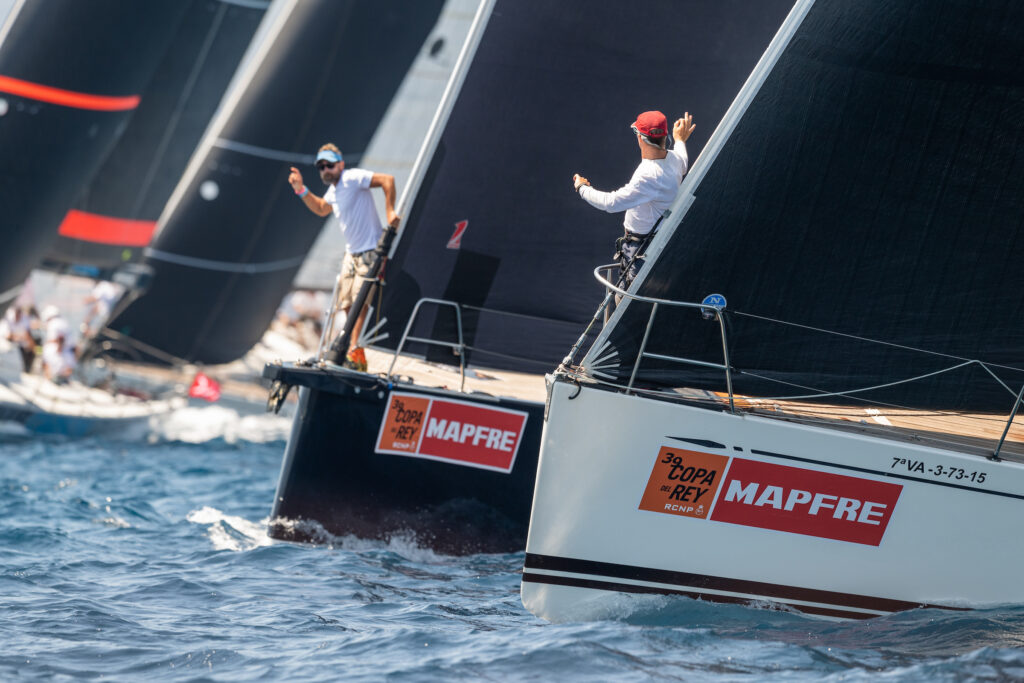 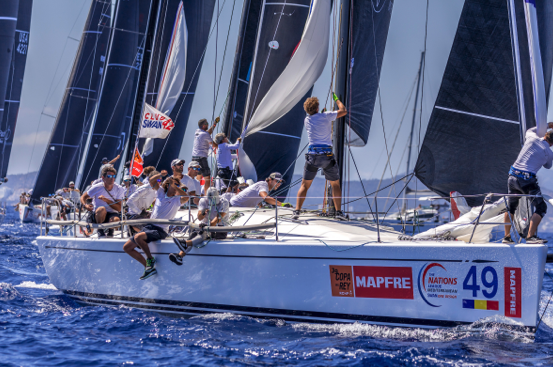 As the Copa del Rey MAPFRE moved into the final series, several teams stepped up their performance, posting their best day yet, shaking up the results.

In the highly competitive ClubSwan 50 class, with Australia’s Tom Slingsby calling tactics for owner driver, Hendrik Brandis, Earlybird scored back to back wins and vaulted to the top of the fleet, sharing the same points as German rivals Niramo. But the new points scoring system summarily punished the world champions Hatari who had an average day on the water.

The class is new to Slingsby, who came in hot to Palma on the back of winning the Plymouth SailGP British Grand Prix title.

Slingsby said, “We were joking on board that with this scoring system that you don’t need to be good until Thursday. We started off in this tough class near the back on the first day, Tuesday we improved and Wednesday it got a bit better. Today it all came together and we are going in the right direction.

“For sure I know from experience that if you get caught in the fleet it is very hard to overtake. We got better starts, the second one was not so great but we got ourselves into a really nice lane and got a nice shift at the top mark to round second and then we chipped away and got to the lead.”

After finishing the preliminary series on Wednesday with a 19-point lead, Hatari defaulted to a one point margin as regatta leader. But their 6,3 today now puts them down to third, albeit only one point behind the top two.

With two more days of racing the points are close in the ClubSwan 50 class with just ten points separating the top eight teams.

In the IRC Class Andy Soriano’s TP52 Alere won the first race from Vadim Yakimenko’s Freccia Rossa. Freccia Rossa came back with a win in the second race.

First-time tactician, Quentin Le Nabour who has raced with the Freccia Rossa team since 2013 said, “It was a good day for us, we have made improvements in our manoeuvres, the way we handle the boat. We have had a lot of changes on board with new crew and that takes time to settle and now we are ready.

“Everything was good today. As soon as you have speed and can manoeuvre life is much easier. I am proud of the team today.”

Ado Stead, Alegre’s tactician was pleased with their 1, 2 for the day, “It was very shifty day on the Bravo course quite close into the beach and the racing was close on handicap. The lead changed, I think, on both of the last runs of the two races today. We are quite pleased with the 1,2 and know Freccia Rossa are good in that kind of condition and have a good handicap, we are pleased to share the day with them.”

Jose Ponce, the helmsman of Hydra, said, “Today we had a day of good starts, good tactics and perfect manoeuvres. Almost nothing went wrong and Fernando was spectacular today. We are learning day by day as we haven’t sailed it for many years and it was all a bit last minute.

“The boat is perfect for the conditions in the Bay of Palma, although on the first day, with 18 knots, it also worked very well. It has a very good rating in all kinds of conditions. It needs to develop speed to get distance, but if we have a gap at the start, you can see that it is competitive. We were able to do that today, maybe not tomorrow. We know what we have to do.”

Giangiacomo Serena’s team on G Spot now have the perfect score card in the ClubSwan 36 class after winning the preliminary series and then today posting two wins. And in the Herbalife Women’s Cup three wins today from the Marbella crew led by Maria Fiestas and Cristina Leyva sees them now lead by two points.