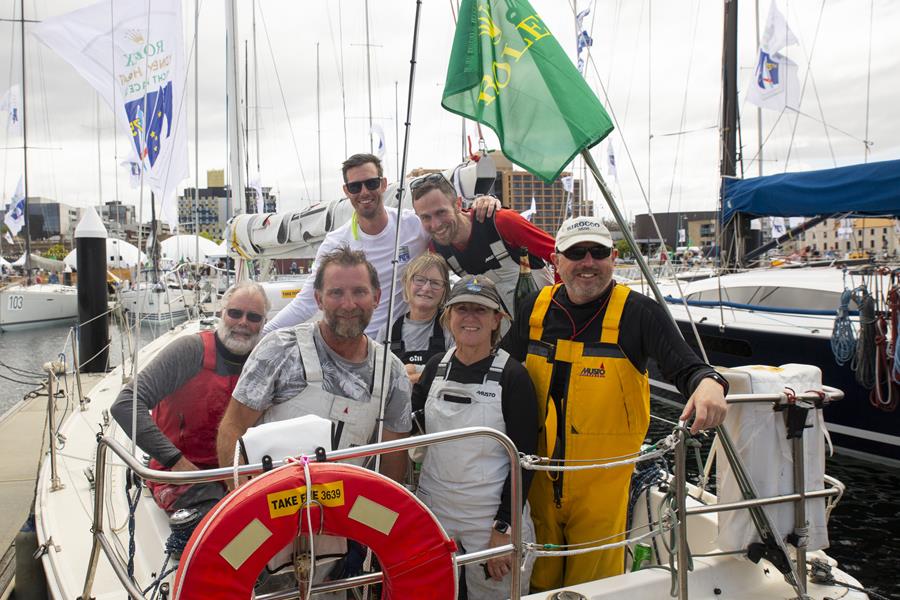 Skipper Ian Gannon said his crew endured storms and almost exhausted supplies but were elated to make it to the finish line in an elapsed time of five days, 23 hours and 41 minutes

“We spent New Year's Eve trying to get as far south as we could as quickly as we could,” Gannon said. “It handles [the storms] beautifully.

“I think everyone's special for getting here… my heart goes out to those competitors who didn't make it… I'm just happy we made it here with no damages and no breakages.

“Supplies were running low. I did plan for seven days' rations but we've gone through them all… Another day out there would have finished everything, including toilet paper.”

Will they do it again?

“Let me have a few rums first, then I might answer that,” Gannon said. “It's always a great race and I've always wanted to do it in my own boat… but maybe next time in a much larger vessel!”

“I'm very tired and weary – I just spent 18 hours on the rail… but it was a special race,” Cooper said. “I've done a lot of ocean racing but this was a race I wanted to do – tick.”

A total of 157 boats took to the start line for the historic 75th running of the Cruising Yacht Club of Australia's 628-nautical-mile bluewater classic – with 154 reaching the finish line. Only three boats were forced to retire.