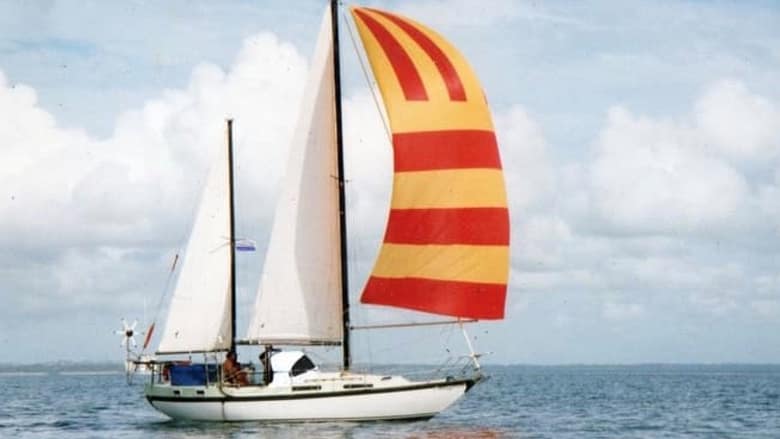 Police are appealing for help to find a man who left Hervey Bay on this 10-metre Manitou ketch yacht on February 14. Photo: Police Media.

There are fears for the safety of a man in his 60s, missing for almost a week after sailing out of Hervey Bay Marina on a 10-metre yacht.

The man left the marina on February 14 but had not been seen or spoken to since.

Police said they didn't know whether his Manitou ketch was heading north or south and appealed for members of the public to come forward with any information.

“Police hold concerns as the man’s behaviour is out of character and he didn’t leave travel plans with anyone or mention where he may be going,” the Queensland Police Service said, in a statement.

The boat believed to belong to missing Hervey Bay sailor Keith Jones has been found washed up on rocks in northern NSW.

The 34-foot vessel Wayfarer was found by police this afternoon near Yamba.

Search crews had previously searched along the coastline for the yacht and its owner, who left the Hervey Bay marina a week ago without telling family or friends.

Early indications suggest the 65-year-old was not on board the vessel when it was found.