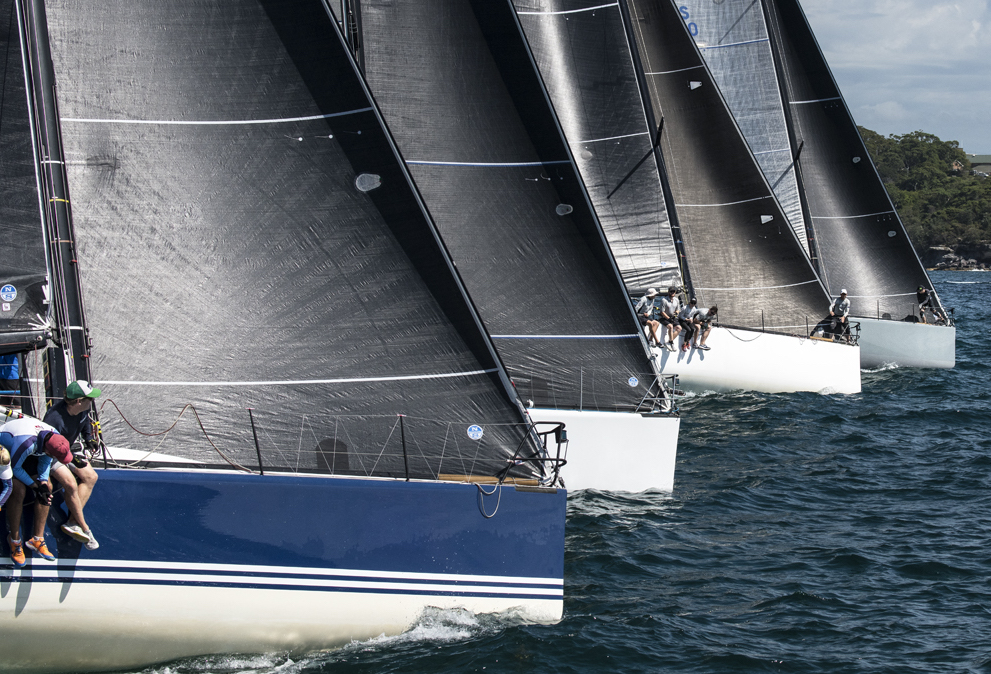 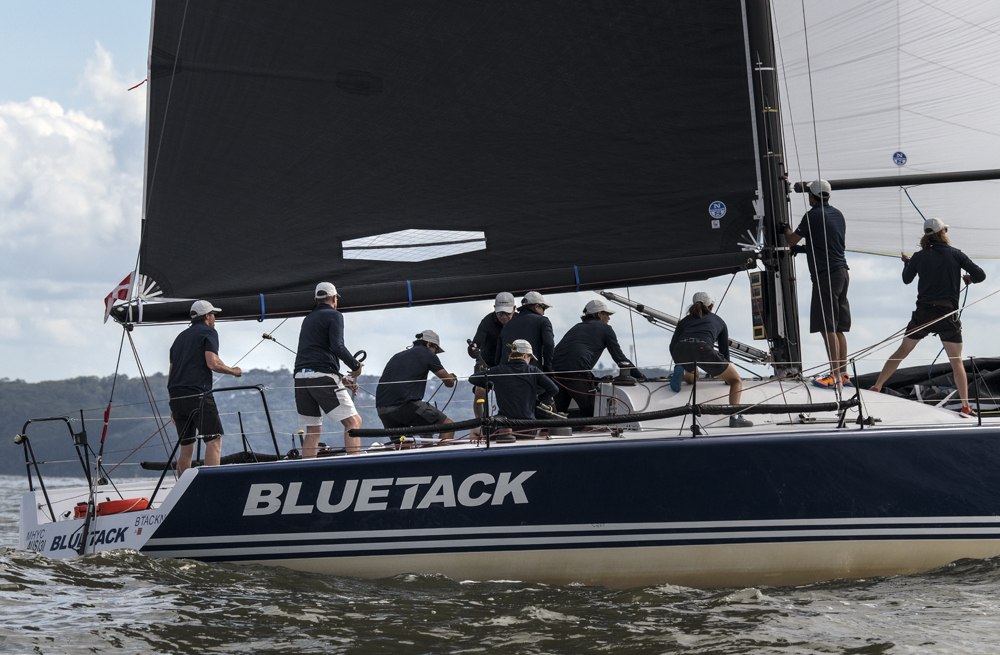 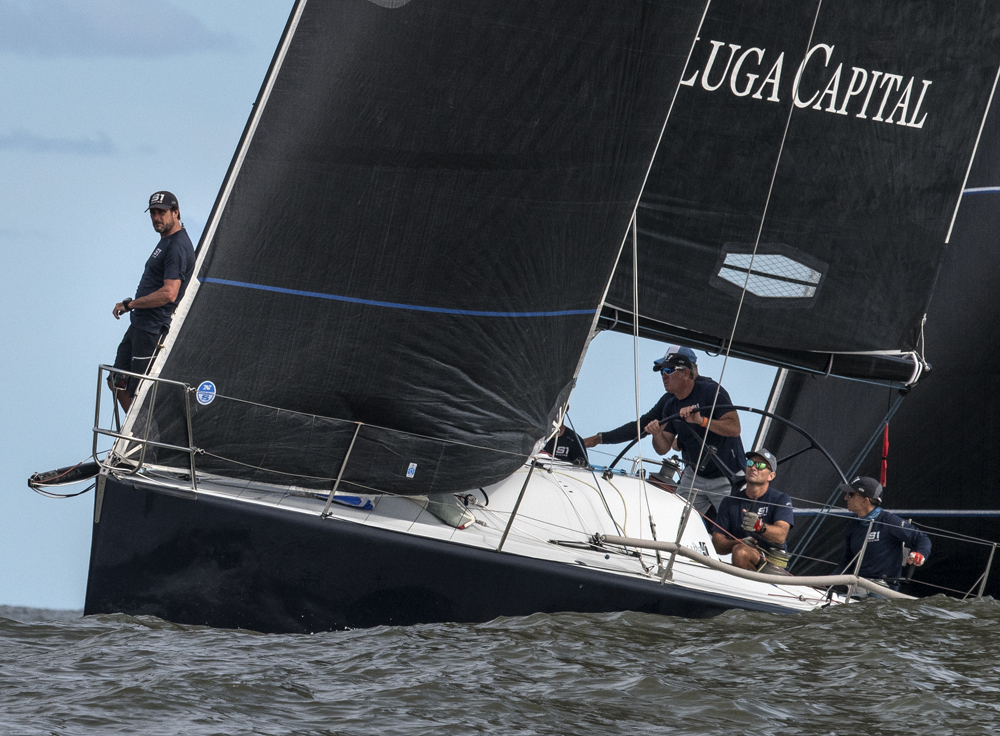 The Farr 40 class are back in action and ready to write the next chapter in the class’ esteemed history. Pic - Marg's Yacht Photos

Having navigated the last few years of global turbulence and uncertainty, the Farr 40 class is back in action and ready to write the next chapter in the class’ esteemed history.

In a little over a month’s time (May 7 – 8), the Royal Sydney Yacht Squadron will host the inaugural Farr 40 25th Year Anniversary Regatta. In a first for recent years, the class expects to again see fleet numbers hit double digits. In a further ‘change of tack’ from the renowned competitive racing the class is usually known for, the anniversary regatta will take on a more casual and relaxed theme. Saturday will consist of a passage race around the harbour, and Sunday two short course races. Prizes will be awarded on both scratch and handicap results.

Recently appointed Class President Rob Davis said: “The idea of this event is to celebrate 25 years of the Farr 40, and to bring together past and present sailors to enjoy a weekend of fun racing, camaraderie, and socialising. All the elements that have made this the most successful 40-foot One Design keelboat class ever built. We’ve lined up a BBQ for Saturday night, some fun raffles, with a little bit of sailing thrown in too.”

In what has been a gradual return to competitive racing for the 2021-22 season, Jeff Carter’s team on Edake finally took out their first National Championship after 15 years of persevering. A long-time supporter and enthusiast of the class, Carter had this to say having finally secured the illusive win: “We joined the Farr 40s in 2007 and have always participated internationally as a Corinthian boat, the strict one design rule has promoted fantastic sailing worldwide.

“This is a class where the amateurs get to sail with some of the best sailors in the world, it’s a fantastic learning experience that they never forget. The Nationals at Newcastle had some very challenging light weather conditions. Racing on day one was very close and any of the top three boats could have finished as ‘Boat of the Day’.

“On day two we had a much better day finishing with two firsts to lead the regatta. Unfortunately, the weather didn’t allow for any racing on day three so the cumulative results after day two stood – we were announced as the 2022 Australian Champions and winner of the John Calvert-Jones trophy. We are very humbled to be able to add Team Edake to this prominent list of former Australian Champions.”

Bluetack went into this year’s Nationals loaded with high hopes and an arsenal of World class sailors including the likes of Olympic gold medallists Tom Slingsby and Iain Jensen. Co-owners of Bluetack, Patrick Delaney and Brent Lawson, had this to say of their performance through-out the series: “Day one, being the stronger breeze of the two days made for tight racing. We had great pace and height upwind which paid dividends.

“Day two was fickle breeze with big shifts. Edake was just too strong in those conditions. Close racing in the fleet constantly reminds us why we bought a Farr 40, they are great yachts and teamwork is everything. Many thanks go to our great team headlined by Tom and Iain.”

For the second year running, Nutcracker won the season point-score and dominated the NSW Championship, winning seven of eight races. Nutcracker looked to be the inform boat going into the 2022 Nationals, but never got the chance to stretch her legs in the truncated series.

Co-owner Andy Baker had this to say of Nutcracker’s season: “We really enjoy the standard of racing and the team come together from all over Australia to compete in the class events. We are a little disappointed not to have won the Nationals, but on the upside, it gives us the excuse and hunger needed to come back for another season of unfinished business.”

Class newcomers and a boat to undoubtedly look out for next season is S1 and the team led by Brendon McAssey. S1 showed moments of brilliance through-out the season winning several races against the more highly fancied and experienced teams.

When reflecting on their first season, McAssey said: “This year has been a very exciting yet steep learning curve for the team on S1. Stepping up to the Sprint Series and Regattas from the Wednesday afternoon races has definitely taken it up a notch. I’m very pleased with the progress that’s been made so far with the crew’s development. The Farr 40 class has been an excellent mix of professional and spirited racing. Bring on Hamilton Island Race Week!”

Joe de Cock’s team aboard Good Form again made the trip from Newcastle to compete in all the Sydney events, and as always put together a consistent season with multiple appearances at the front of the fleet. As the owner of Midcoast Boatyard & Marine, Joe is the go to man’ for all things maintenance related and is a tremendous supporter of the class in every respect.