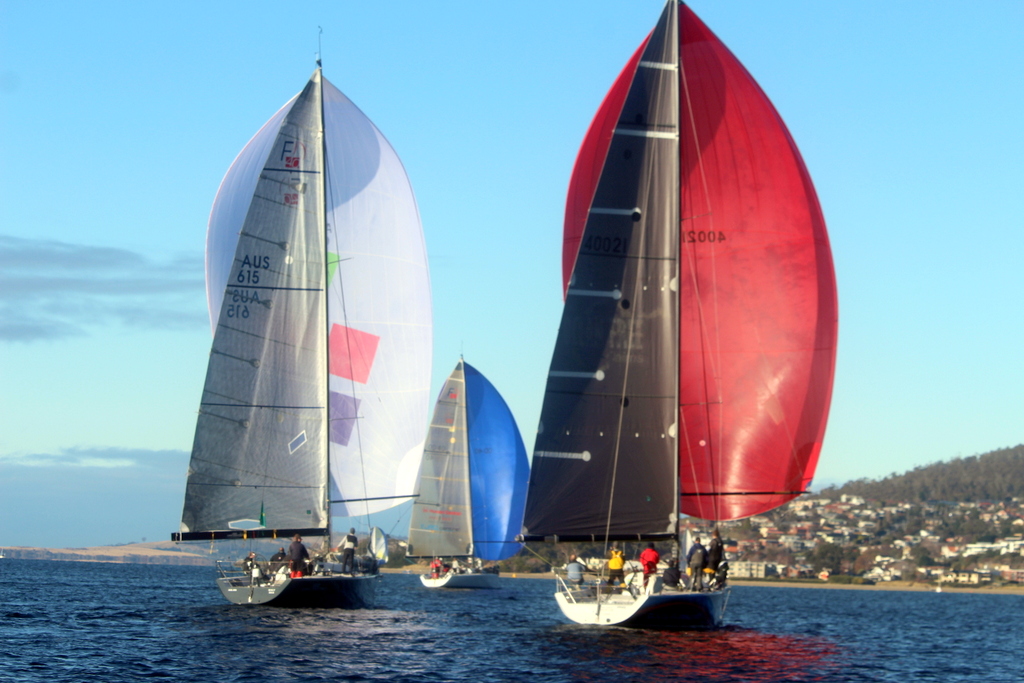 The high-performance Farr 40s are back racing as a fleet on the river, with five of the big boats entered in the Derwent Sailing Squadron/Battery World Winter Series which opened today.

For the first time in several years, the Farr 40s had their own class and today they enjoyed extremely close and competitive racing with the first three boats swapping the lead throughout the Sunday morning race.

Race officer Neil Harris sent the Farr 40s to the B1 mark and then to the permanent Garrow Light, allowing the big sloops to ‘stretch their legs’ and generate plenty of momentum in the light breeze.

Also racing was Graeme Wood’s Kirribilli, recently relocated from Sydney with Wood on the helm.

Competition can only get better with the scratch boat Wargames (Wayne Banks-Smith) due to join the fleet for race two of the DSS Winter Series on 14 July.

“If there is such a phenonium as the perfect winter race day, then today would have to be included…sunny skies, light katabatic northerly breeze and superb racing,” commented DSS sailing operations manager Peter Watson.

While the Farr 40s in Division 1 raced their longer course, Divisions 2 and 3 enjoyed competitive racing with windward/leeward courses between Castray and Nutgrove.

Will Justo’s Groove had an outright win in Division 3, taking first place on handicap from Motley (Stephan Lubach) and Serenity (Graham Hall).