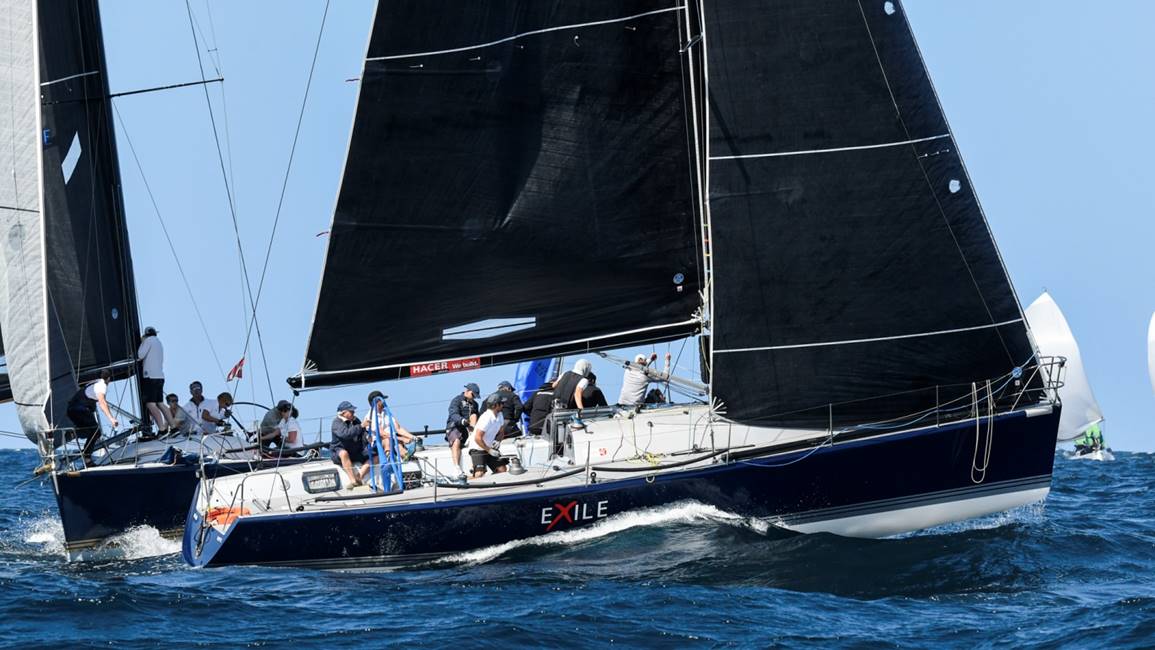 The final day of the Farr 40 social regatta commenced with an abandoned race offshore before moving inside the harbour where Rob Reynolds’ Exile led their way to victory.

It was a tough day at the office for PRO Phil Yeomans and the MHYC race committee.  The first course was set off North Head and after persisting for the majority of a two lap course of approximately 1.5 nautical miles, the Hugh George sounded three hooters abandoning the race due to time restraints.

The fleet of eight moved inside the harbour and a course was set from Middle Head to Cannie Point with a 13-15 knot northerly and Exile’s consistent scores of 3.2.2 won them the first regatta of the season.

Rob Reynolds has been sailing in the fleet since 2015 and today he proved that he is in the Class for more than just the famous regatta parties he sponsors.

“A few of the Maserati MC38 team have come over to Exile and they integrated into the team well for the first regatta of the season.  It was a trying weekend with a heavy day for the first race, which I think was a good dust settler.  Once we moved inside the harbour this afternoon, the racing was extremely close and of a high standard all round.

It was really pleasing to see our newcomers Janey Treleaven (Finn) and Jason and Mary King (Solymar) have such a great regatta,” Reynolds said.

The scores were tight and Gordon Ketelbey and team Zen scored 4.1.3 resulting in second place overall, just one point behind Exile.

Chris Way, a past owner, proved he is no stranger to one design racing and knows his way around a Farr 40 racecourse.  The part Outlaw, part Easy Tiger crew finished on the podium in third place with David Chapman calling tactics.

The first point score regatta of the season will be held at Middle Harbour Yacht Club on 19 & 20 October 2019.