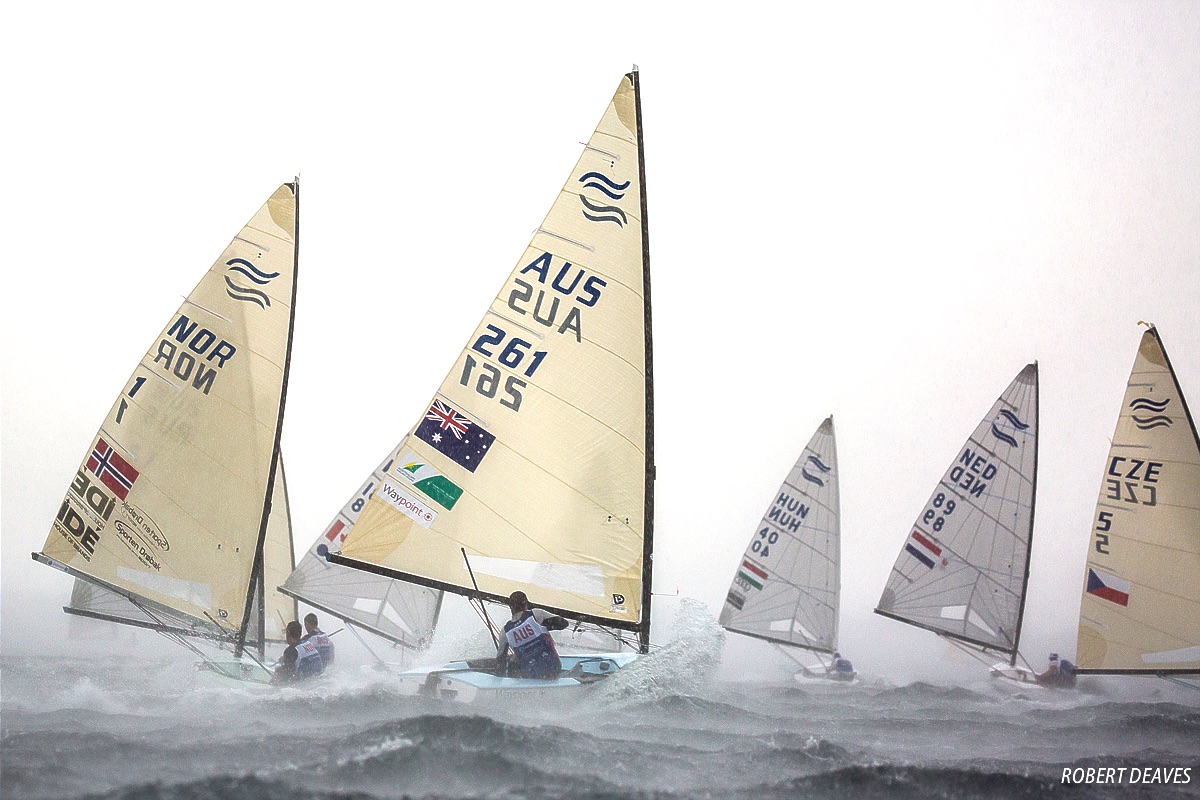 The Finn class remains focussed and committed to ensure the Finn is re-selected for the Olympics in 2024 and rejects the assertion that the Finn has had its time and should be retired.

The relevancy of the Finn to the Olympics has more support now than perhaps ever before.

Since the much criticised decisions last year removing the Finn from the Paris 2024 Olympic Games it has become widely apparent that there will be no option for the heavyweight sailors in the Olympic program after Tokyo 2020, despite what was said at the time.

This decision also ignores a policy decision approved by the World Sailing Council and Board at the 2017 Annual Conference requiring that the 2024 events: “Ensure that men and women of different physiques have an opportunity to compete” and “Include both universal events and events that showcase the innovation of sailing and demonstrate the diversity of the sport.”

These policy decisions were included in Regulation 23.1.2 (d), which says that Olympic Events and Equipment: “be attractive and accessible to young athletes from all continents, and of different size and weight, with a clear pathway from World Sailing Youth to Olympic Events and Equipment”, and Regulation 23.1.2 (e), which says: “maximise the participation of the world’s best sailors and showcase the diversity of the sport”.

Both policies have been ignored for the expediency of a different agenda, and have led to discrimination against male athletes above 85 kg.

There should now be a way to get Finn sailors back into Olympic sailing, not just the current sailors, but also the large, tall and heavy youth of the future who no longer have a ‘clear pathway’ through the Olympic program.

That pathway is now broken and needs to be fixed.

To not try to achieve this objective is to deny the heritage of sailing and the future of sailing for a large number of athletes. It is beholden on the sport to try to find a solution.

The feedback from countless sailors and numerous MNAs across the world in support of the Finn, and for what it represents, is a very powerful argument in favour of reinstating the class in the Olympic program.

The decision to remove the Finn, albeit seen as collateral damage to gender equality and ‘innovation’, and the lack of transparency within the processes and procedures that facilitated that decision, has damaged the reputation of sailing and reduced the relevancy of the Olympics for a vast number of sailors across the world.

The legacy and presence of the Finn in Olympic competition remains a powerful motivator for inspiring all sailors, young and old.

Hopefully in November 2019 enough MNAs will recognise the negative consequences of the November 2018 decision and present a submission to reopen the case and find a way to reinstate the Finn.

Why?
Without the Finn there will be no boat for sailors over 85 kg. The weight distribution analysis of male sailors at the 2018 Sailing World Championships in Aarhus highlighted the general worldwide tendency of the young and future generation towards stronger, taller and heavier men. It is unfair, even discriminatory, to exclude a whole segment of youth population from the Olympic Games in a specific sport, even more so considering the declared Olympic Spirit and IOC Program Commission.

The Finn is arguably the most physical sailing class in the world, requiring extreme levels of fitness, muscular development and athletic ability. It perfectly epitomises what is expected from Olympic athletes. Finn sailors are faster, higher and stronger and over a wider weight range than ever due to the availability of suitable equipment.

Without the Finn the progression pathway is further reduced. After the Optimist and Laser there is no further upward step to a more technically complex, physically demanding and tactically challenging class. The Finn, and later the 49er, are excellent pipelines for the America’s Cup, Volvo Ocean Race and other high-level keelboat events. Young Finn sailors have lost all progression in their sailing career, and some are unnaturally trying to lose weight to sail other classes. This is a very unhealthy situation.

The Finn has provided, and can continue to provide, close tactical racing that is both exciting and physically and mentally challenging, providing a supreme test of sailing skill and fitness.

The Finn offers mature, well profiled, experienced and respected sailing heroes of the past (Elvstrøm, Bertrand, Coutts, Hjortnaes, Ainslie etc), and young, athletic, visually attractive and respected heroes of the future (Scott, Salminen, Berecz, Junior, Kaynar etc), all of whom have an absorbing story to tell with better interviews, posture and presence, which is important for media as well as inspiring the next generations. The Finn is a breeding ground for the heroes and legends in the sport of sailing. Many legends are created from every generation of sailors.

The Finn is sailed in upwards of 50 countries worldwide. It is one of the most widespread classes on the planet with more than 500 events each year catering for more than 3,000 sailors, backed by national class associations, a strong international body and a range of high quality builders and equipment manufacturers across five continents. A stable and well-developed class should be a prerequisite for being chosen as Olympic equipment.

The quality and technical stability of the class is second to none. As a measurement controlled class, all boats have to be rigorously checked before being allowed for use in competition. The equipment has a long lifespan and is competitive for many years, meaning low turnover costs.

The longevity of equipment means the class has one of the most attractive sustainability profiles of any class that is either part of, or being considered for, the Olympic program. One boat is capable of being used in 2-3 Olympic cycles without loss of performance. The competitive lifecycle of a Finn can be measured in decades, rather than years or months.

Studies show that the cost of campaigning a Finn is one of the lowest among all Olympic classes. Properly looked after, a hull will maintain its competitive life and its value for many years and can still be worth 50 per cent of its purchase price after 10 years. The class also has many levels, which allows used equipment to be sold to Masters and club sailors worldwide.

The Finn offers the widest demographic for athletes to compete on an equal level. Sailors from 85 to 105kg, and from 20 to 40 years old, all compete together and finish one after the other in major competitions.

The Finn has evolved over the years to incorporate the latest technology, while remaining simple and accessible. All sailors learn skills in sail shape, mast bend and hull preparation, which accompany them on their career path through sailing.

The Finn class has produced some of the most media friendly and visually stunning moments in sailing. It can be raced in conditions that many other classes cannot and in this regard alone is a dependable and stable option for Olympic equipment when TV schedules are paramount.

The Finn class is the only Olympic class that has a dedicated media representative at all major events to promote the sailors and the sport. Before and during the Rio 2016 Olympic Games this approach generated a combined online and social media reach of more than 2 million people.

The historical, cultural, technical and athletic influence that the Finn has brought to the Olympics for 68 years cannot be ignored and rejected.

Globally, the sport of sailing should be providing equal opportunities for sailors of all physiques to be able to compete in the Olympic Games. At the moment a large number of athletes are being discriminated against and excluded, which is contrary to World Sailing policy and IOC guidelines.

Now is the time to put that right, before it is too late.