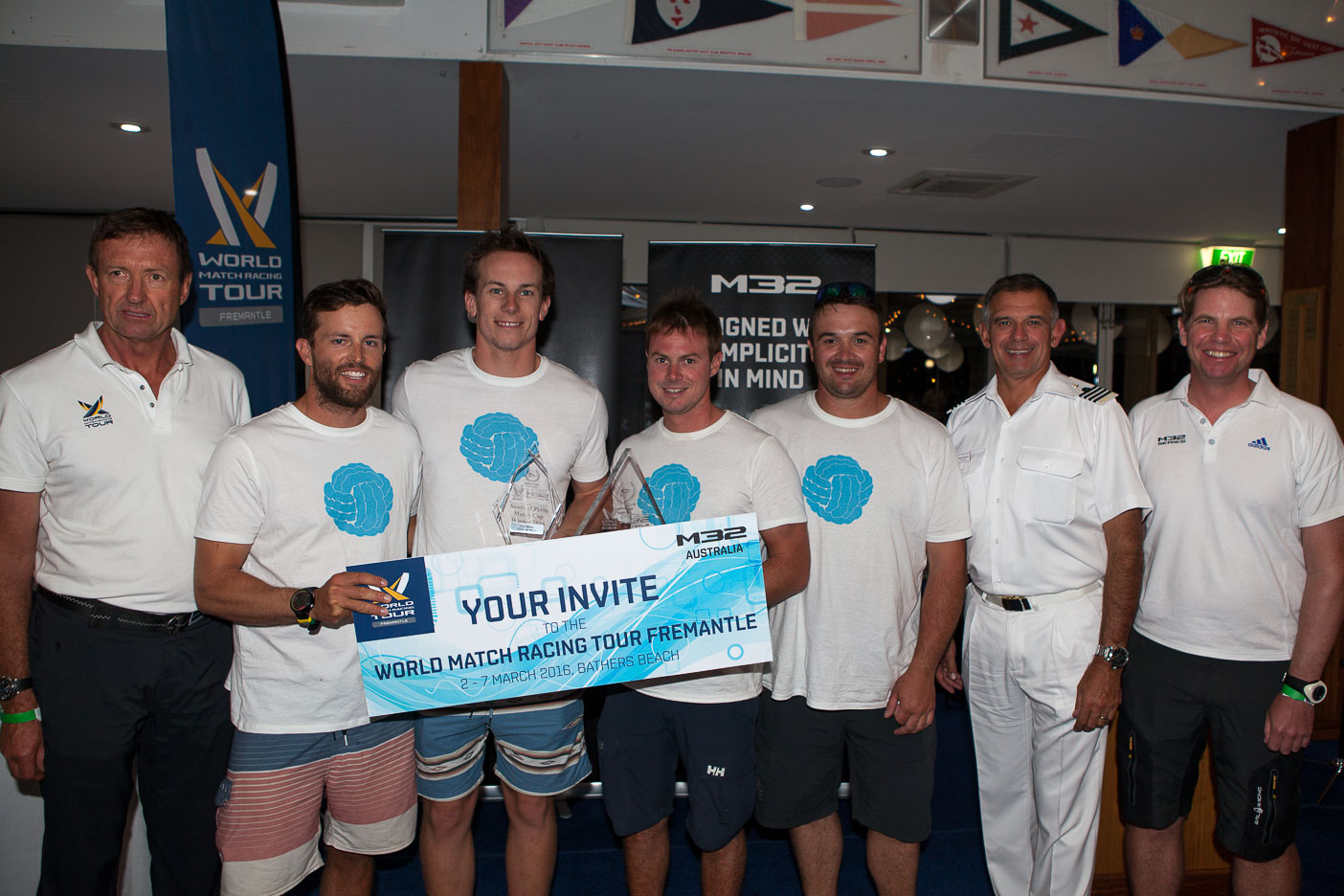 A delighted Evan Walker (second from left) receives his invitation to the World Match Tour Event at Fremantle next week after winning the South of Perth Match Cup. Photo Bernie Kaaks.

The top four competitors have earned an invitation to compete in next week’s World Tour event to be sailed from Bathers Beach in Fremantle.

M32 Australia’s chief David Mills said at the presentation: “We were very pleased with the venue and the boats so for us it has been a very successful test event.”

Despite some minor hiccups, the M32 turned out to be a lot tougher than many observers gave it credit for.  One survived a capsize on the first day of competition, testing the event’s emergency resources. Support craft were on the spot in seconds, the boat was righted very quickly and all crew were unhurt by their unintended swim in the Swan River. No doubt the maintenance crew will work on annoying winch and furler issues which had little effect on the racing but were not expected.

The South of Perth Match Cup was sailed in a good range of conditions on Melville Water on the Swan River. Predominantly easterly breezes in the mornings were mainly light and variable, but the afternoon sea breeze on days one and two tested the boats, the officials and the crews.

It became clear on the final day that the “rookies” in this regatta improved significantly. Where on the first day it was commonplace to see boats winning by a full leg of the course, contests were much closer on day 3 and the top guns were no longer able to take any of their opponents for granted as easy beats.

All attention will now turn to the first World Tour event starting at Bathers Beach in Fremantle next Wednesday.  With eight M32 catamarans on the course and the world’s top match racers competing, it should be a real eye opener.  Vantage points on three sides of the course will ensure that spectators get a god view of proceedings.