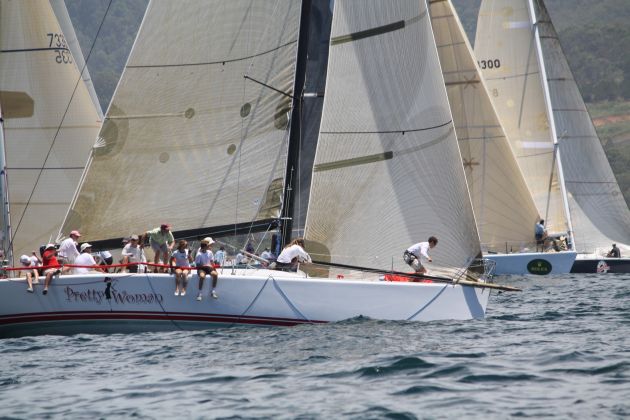 The Royal Prince Alfred Yachts Club is pleased to announce the opening of their new offshore yacht race which will finish at Southport Yacht Club on Queensland’s Gold Coast for 2017.

The new race to Southport presents a warm water 370 nautical mile tactical challenge for skippers and crew up the east coast of Australia at the start of the 2017 New Year.

Tom Spithill, RPAYC Club coach and young veteran of the eight Coffs races and six Sydney to Gold Cold races is well aware of the tactical challenges which face sailors racing up the Australian east coast but is quietly confident that the 2017 Southport race will attract many competitors.

“Southport’s a great place. It’s going to be a good challenge and I’m confident there will be many entries especially from the country’s multihull fleet,” said Spithill.

Spithill, along with a team of the club’s Youth Development Squad will be heading to Southport on board Pretty Woman a Farr 40 skippered by Richard Hudson. Even sailing in a team which boasts experience and youth, Spithill is still very wary of the challenges which competitors’ may face.

“The currents play a big role in your decision making, in some cases it’s like working with an invisible sideline. With the standard summer sea-breezes on the nose this Pittwater to Southport race will be a tough and very physical race,” said Spithill.

Southport Yacht Club have been very welcoming of the race finishing in Southport for 2017. Southport already play host for the finish of the Cruising Yacht Club of Australia’s Sydney to Gold Coast Race and this new Pittwater to Southport will bring many visitors to the Gold Coast. Being home to some the country’s best theme parks and beaches there will plenty of things to see and do for supporters and families of those racing.

Being so close to the coastline provides a great mobile coverage for the social aspect of the race. With a GoPro 5 up for grabs along other prizes crews are encouraged to submit their best ocean racing selfies for a chance to win.

To see what ocean racing is all about be sure to Like the Club Marine Pittwater to Southport Yacht Race on Facebook or follow the hashtags #southport17 and #pitt2southport.

The race will not only have a big social side but also an online tracking system which provides a live GPS tracking of all the competitors, how fast they are travelling where they are in real time.

Competitors will also be welcomed to the RPAYC New Year’s Eve Party prior to the race with live music and a fireworks display over Pittwater. For more information visit www.rpayc.com.au

The race will start on Saturday 2 January with the start line just north of Palm Beach Headland at 1pm with the finish approximate four days later depending on the boat size and conditions. Soon after the fleet arrive from Sydney the finishers can roll into Southport’s offshore regatta, the Sail Paradise Series. This series is jam-packed with four days of racing on the ocean waters off the Gold Coast along with plenty of entertainment on the schedule.

For more information on the race visit www.pittwatertosouthport.com.au