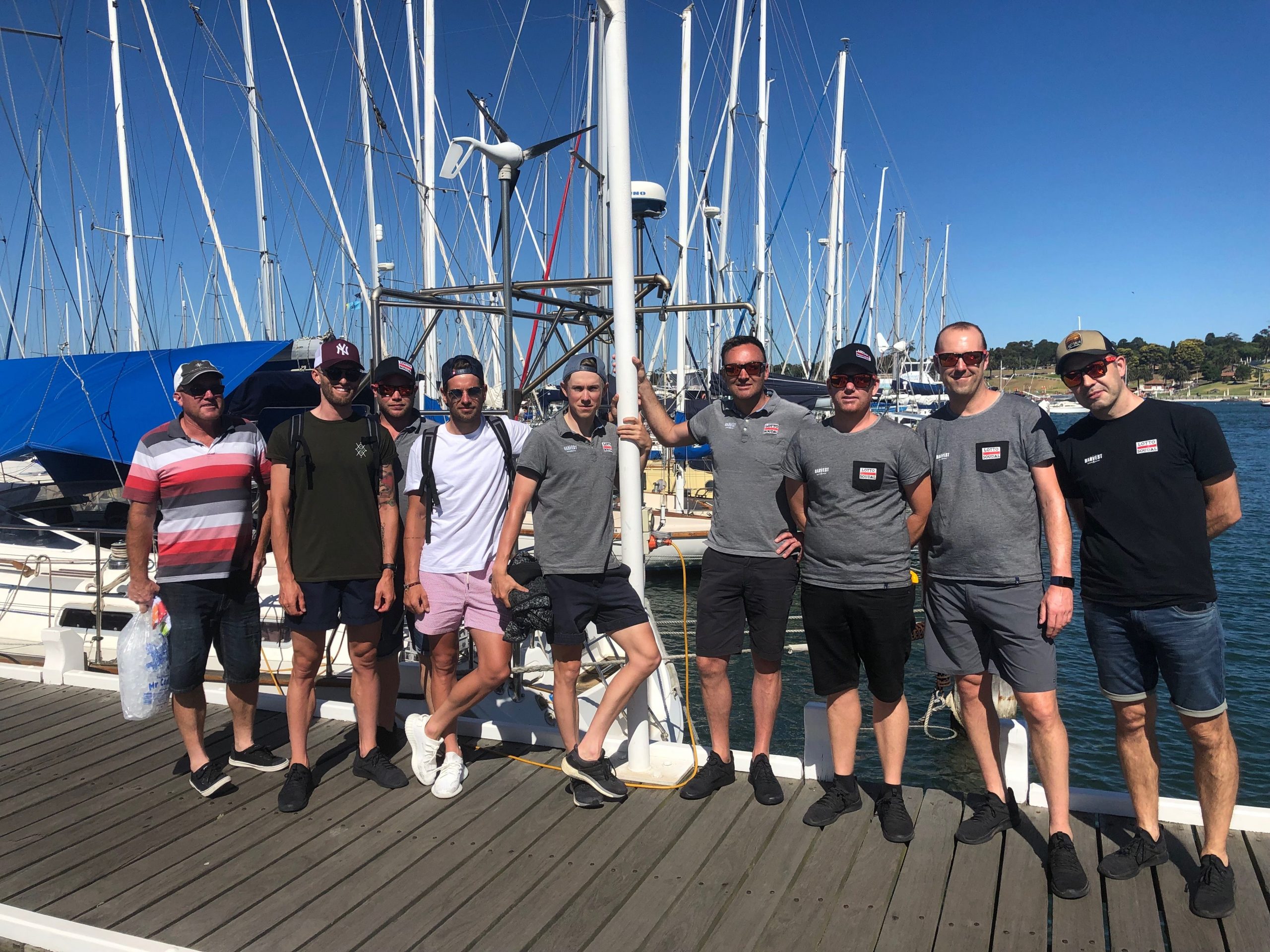 Cyclists and staff from Lott Soudal took the sailing challenge

Elite cyclists got a taste for life at sea when around 50 professionals from around the world swapped their bikes for yachts last night for a sailing challenge on Corio Bay, Geelong ahead of this weekend’s Festival of Sails.

Australian cyclists Shannon Malseed and Brodie Chapman (winner of the women’s 2018 Herald Sun Tour), both from Tibco-Silicon Valley, were aboard Patternmaker for the race.

It was the first time on a yacht for Malseed, who raced at the 2018 Commonwealth Games on the Gold Coast. She enjoyed the chance to get out of her comfort zone.

“I was quite nervous at the start, but it was thrilling. When I realised it (the boat) wouldn’t tip, I had fun,” she said.

“It’s a bit like cycling; you go around the corners pretty fast, but you have to trust your vessel and the people driving.

“It’s pretty cool to have new experiences like this. Usually when you’re racing, you do the race and then leave, so it is pretty unique to be able to do different things outside of racing (and training).”

Belgian rider, Thomas De Gendt, is a breakaway specialist and one of the world’s best climbers. He has won stages in prestigious races, including the Tour De France, Giro d’Italia and Vuelta a Espana, and also enjoyed a beautiful Geelong summer’s evening, with some of his teammates on the water.

De Gendt has not sailed before either: Now is the best time to do it (early in the cycling season),” he said of the experience.

RGYC’s Club Captain, Roger Bennett, said the Sailing Challenge was a great opportunity to bring both the Festival of Sails and the Cadel Evans Great Ocean Road Race together: “It is fantastic to be able to introduce the event to an international audience and give the cyclists a taste of sailing and see Geelong from a different perspective, while they are here.”

For more information on the Festival of Sails: www.festivalofsails.com.au