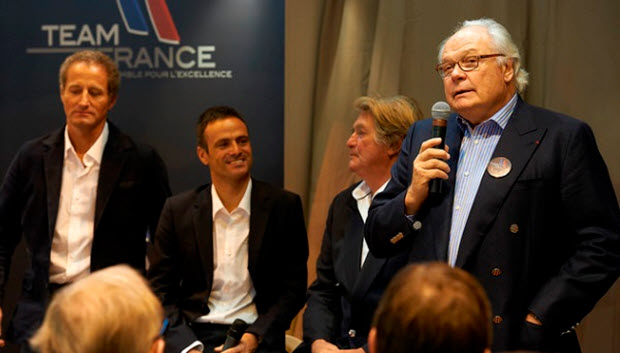 Bruno Bich, 74, died on May 30, 2021. Son of Marcel Bich, founder of BIC, Bruno devoted́ his entire professional life to the company and served as Chairman and Chief Executive Officer from 1993 to 2006, and Chairman of the Board of Directors until 2018.

He worked his way up through the organisation and developed BIC’s North American business before leading the Group in 1993. A well-respected global business leader, he epitomized the very essence of the values established by his father.

Alongside his father, the Bich family made a significant commitment to winning the America’s Cup. Their 1970 challenge was the first from outside the English-speaking world, to which Bruno said, “The only man who knows how much it’s costing is my father. And if he told how much it was, my mother would probably shoot him.”

The Bichs pioneered the concept of multiple challenges which had their participation in 1970, 1974, 1977, and 1980. While never selected as Challenger, their effort altered and strengthened the America’s Cup for all time.