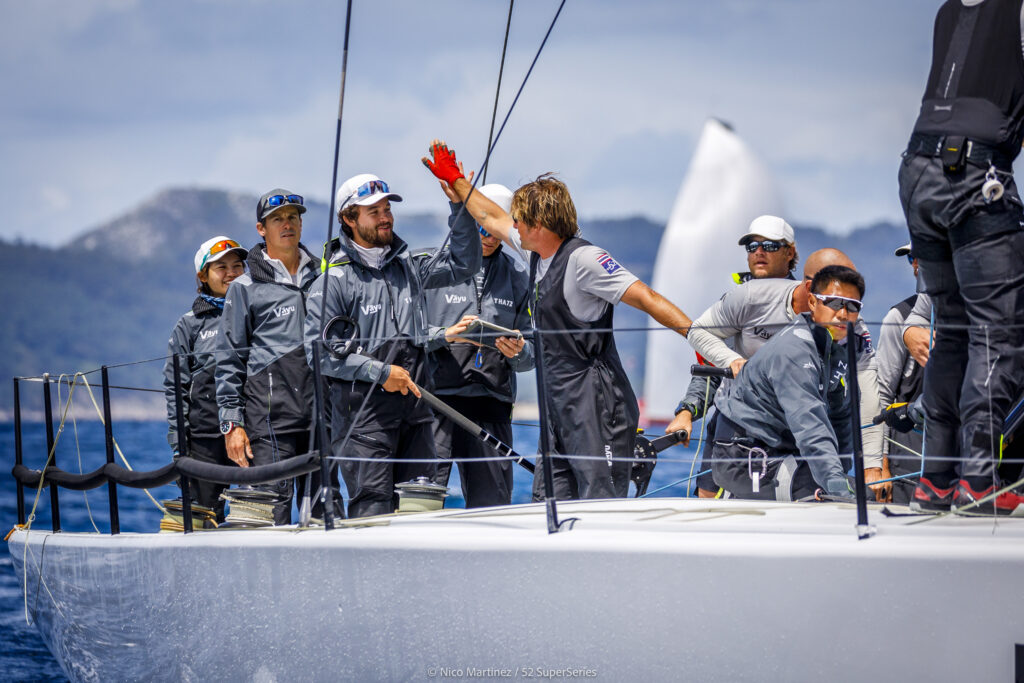 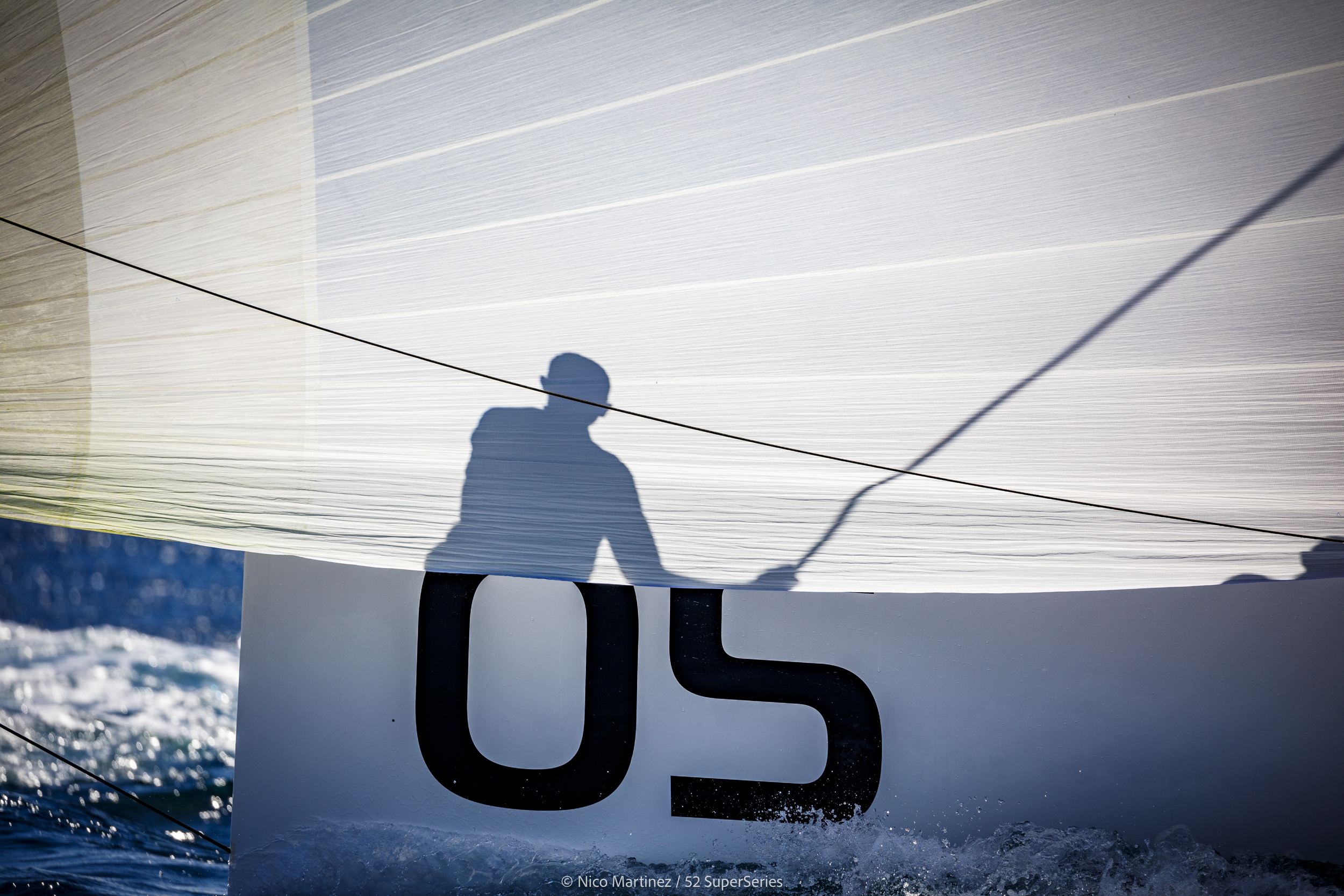 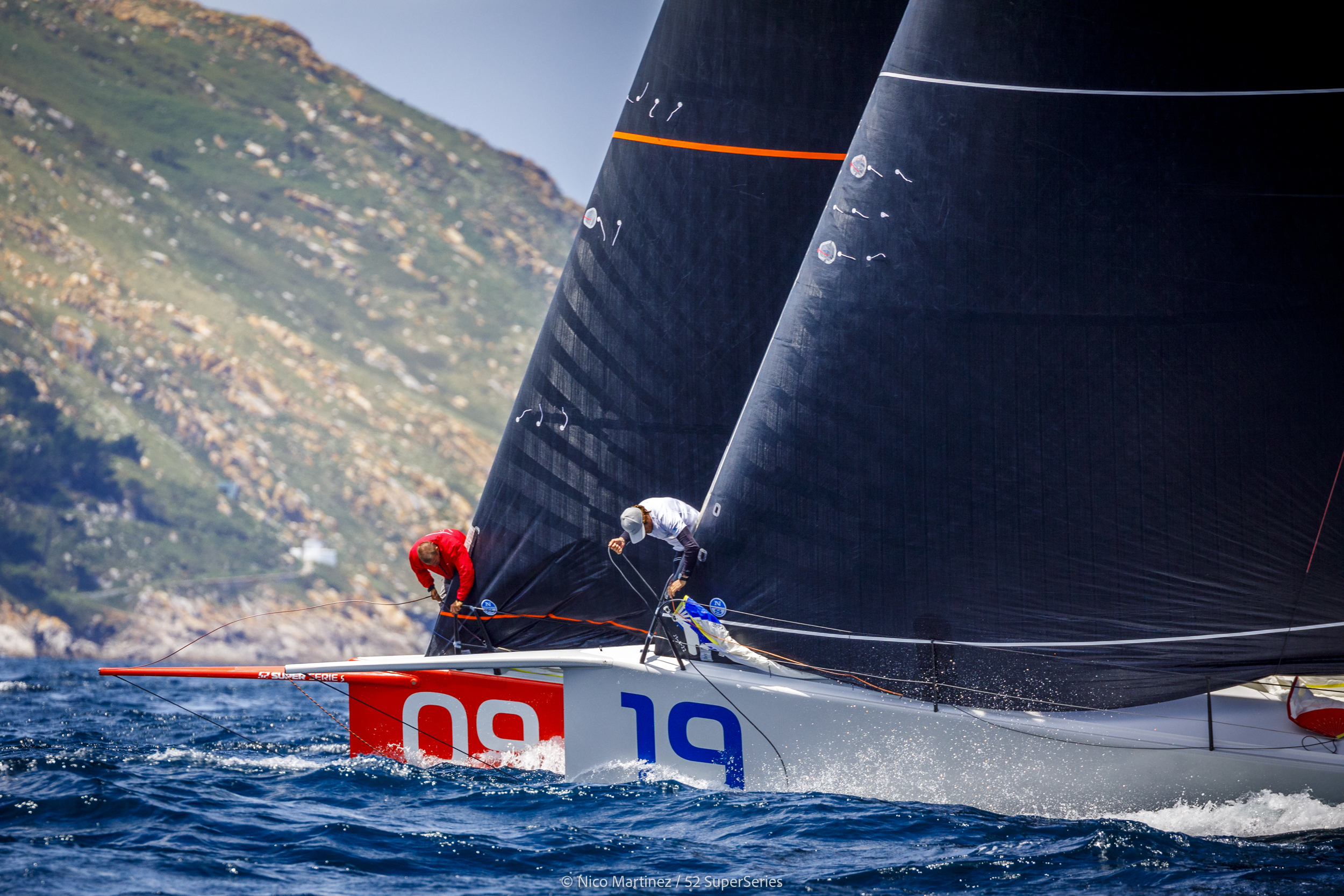 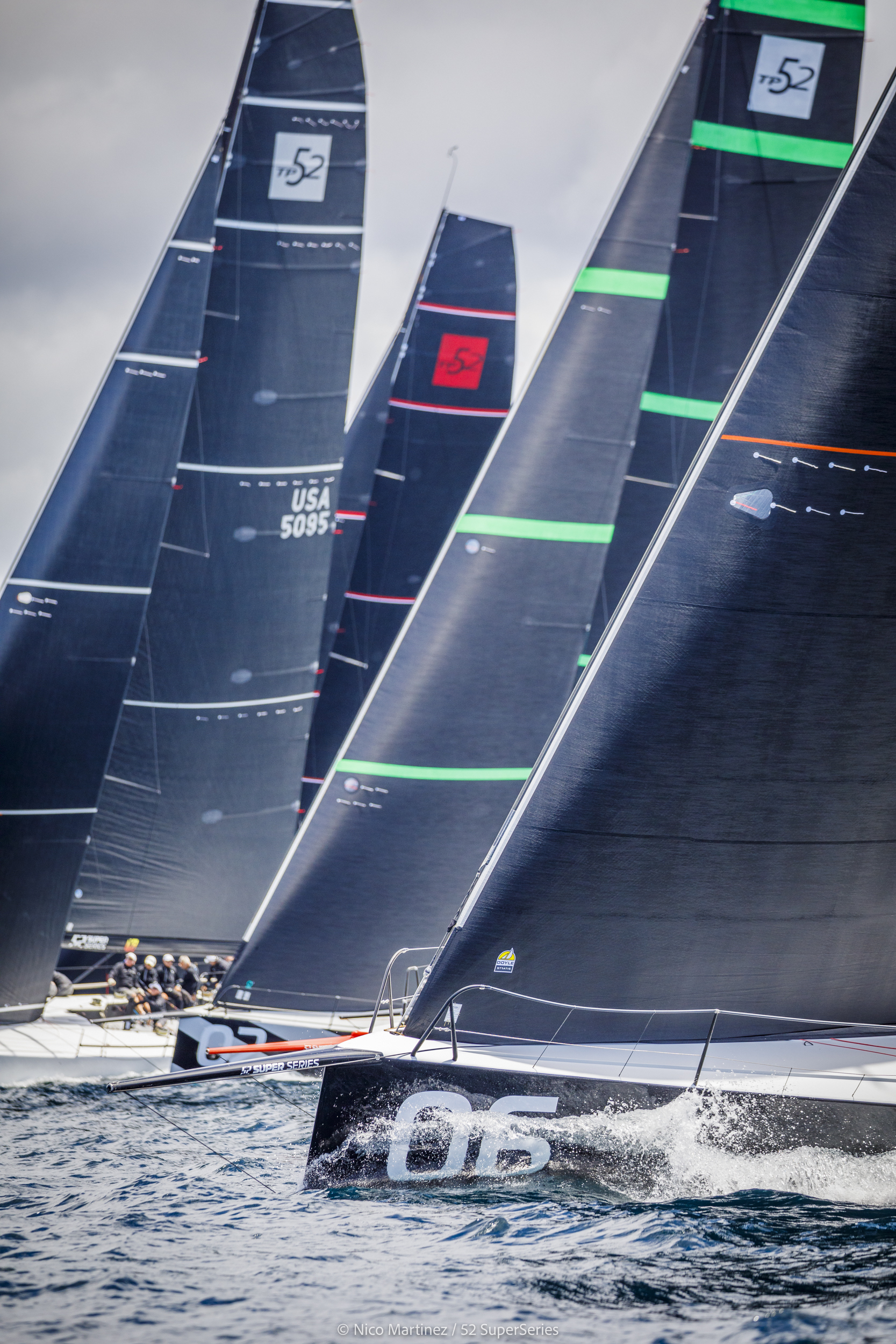 Winds reached up to 14 knots on day one. Pic - Nico Martinez / 52 Super Series

Galicia, Spain: The Plattner family’s Phoenix team, with man of the moment Tom Slingsby calling tactics, issued a clear statement of intent when they unrolled a truly comprehensive victory in the first race of the 52 Super Series Baiona Sailing Week, with a first and third place.

There was also a sharp reminder that the world’s leading grand prix monohull circuit is not all about stars of Sail GP, America’s Cup, Olympic and The Ocean Race when Thailand’s amateur, family Vayu crew pieced together two second places today to earn a share of the overall lead.

Phoenix was momentum was rudely halted by an exploding spinnaker on the last racing day in Palma last November. But today Phoenix looked sharp and smooth leading all the way round the first race. With a margin of over 500 metres at the finish line they had visibly extended on each leg of the course.

They were pursued all the way round by Thai brothers Kevin and Tom on board Whitcraft’s Vayu team – which has five family members on board including young Thai 49er Olympic campaigner Don steering – and British Olympic Silver medallist Nick Rogers calling tactics. They held off the 2021 circuit champions Sled who took third and then did it again in the second race chasing Platoon through the finish with Phoenix taking third.

“It was an amazing, amazing day, just great for the team. It proves that in anything under 12 knots I think we are in with a shout. But there is great credit to Kevin for setting up the team. We have sailed together for quite a while, seven years or so already, but this is a big step up,” said a smiling Rogers whose long-time friend and past 470 crew Pom Green runs the project.

Kevin Whitcraft added, “It was a pretty epic day, I am a bit shellshocked to be honest. I did not expect that when we went out this morning. The team sailed like a team and minimised mistakes.

“It was good fun sailing. I think we were solid on both the starts. We had clear air soon after the starts and thereafter we sailed like a team. Often with us as a fairly new team little mistakes become bigger issues and today there were not many mistakes. All we can say as an amateur team is we’d love to see more teams like us giving it a go.”

Phoenix started on the right-hand end of the line and worked the early right in the streaky 8-9kts breeze to gain a solid lead by the top mark. Vayu had clear air on the left and were never really challenged hard.

With Rogers supported with a little local knowledge here and there from local Vigo pro ‘Neti’ Cuervas Mons, Team Vayu proved well able to make smart choices. This was the case in the second race when they were the only team among the tightly packed top four to hold right on the first run, a move which saw them pass through the leeward gate even with leaders Platoon and ahead of Phoenix.

Even with the breeze puffing up to 13-14kts for the second race the beautiful ria de Vigo racetrack was hard to read, places in the middle of the pack changing all the time. Phoenix looked to have all the tools in place to win regattas this season again has project manager Tony Norris steering here and is one of the three Botin boats with new keel fins:

South African mainsheet trimmer Paul Wilcox asserts, “I think we are kind of taking up where we left off last year which is nice. The boat is going well, and this new keel fin seems to be doing what it was supposed to do. And we have some new sails which is nice.

“Today was about connecting the puffs, it was a super streaky breeze and Tom [Slingsby] did a really good job. I think we have a bit of confidence. We know we can do a good job we have good boat speed. We have been practising manoeuvres, penalties, spinnaker changes. We have confidence in him, and he has confidence in us. It goes a long way, people digging in and doing their job very well.”

Platoon with a first and sixth are third overall, Sled fourth and Quantum Racing fifth.