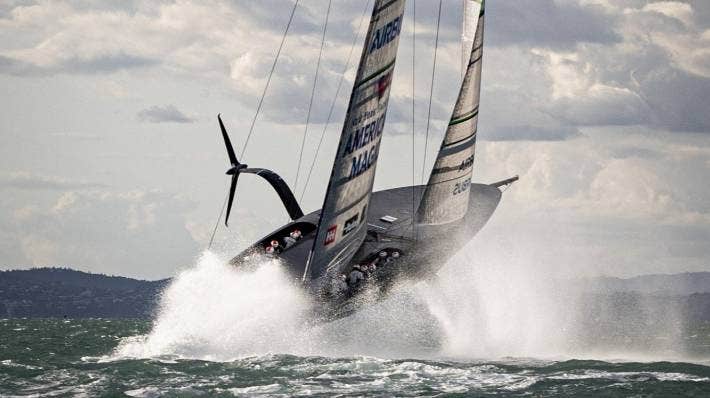 Patriot blasts out of the water during American Magic's first sailing session with their second generation AC75. Photo Will Ricketson/American Magic.

The syndicate released video footage of the near-miss on their debut sail in the AC75 they hope will win back the Auld Mug for the New York Yacht Club.

The boat lifts out of the water and plunges nose-first with water surging over the deck, covering the grinders.

Check out the video here.