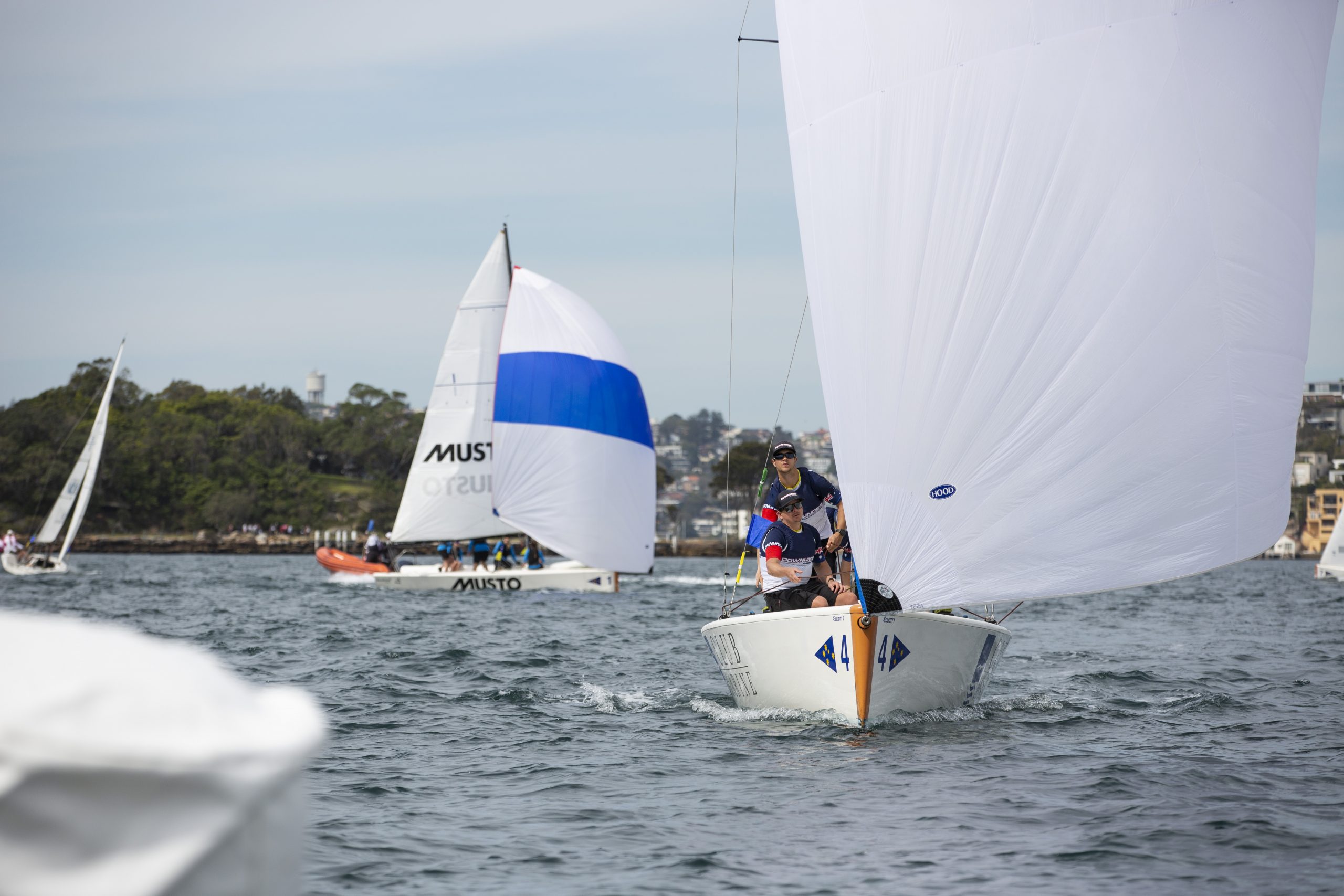 Harry Price’s DownUnder Racing crew have continued their winning streak from Day 1 to head into the final day of competition at the Australian Match Racing National Championship undefeated, winning the round robin stages 14-0.

New Zealand’s Jordan Stevenson also had an impressive Round Robin 2, winning five of his seven matches to storm up the leader-board and qualify in second position.

Today’s conditions didn’t reach the predicted forecast, with the winds never topping more than 9 knots throughout the day. Adding the Sydney Amateur Sailing Club racing fleet on Sydney Harbour, made for an uneven and sloppy sea state for competitors to manage.

For Price and his crew, representing the Cruising Yacht Club of Australia, it was another master class in Elliott 7m match racing, whilst the rest of the teams battled it out for the remaining semi-final positions.

Jordan Stevenson made his intentions clear early on to qualify for tomorrow’s racing, scoring four wins in his opening four races to apply pressure to the overnight leading teams.

Behind the two leading teams are the two Queensland teams and one from Royal Prince Alfred Yacht Club, helmed by Clare Costanzo. The three ended tied at the end of the double round robin.

In a complicated tie break, Mooloolaba’s James Hodgson came out in third place, with their Queenslanders, from Noosa, also making their way into the semi-finals.

It was a tough day for the Cruising Yacht Club of Australia’s second team, helmed by Olivia Price, who fell from their overnight position of second to sixth at the end of the day’s racing.

On Sunday, the semi-finals and finals will take place in a predicted 20 plus knot southerly.

DownUnder Racing has chosen to race Noosa’s Klade Hauschildt, leaving James Hodgson and Jordan Stevenson to face each other in the other pairing.

Racing will start at 1100hrs on in the vicinity of Rushcutters Bay. The semi-finals will be first to 2 points. The final is first to three points and is scheduled for 1230hrs.