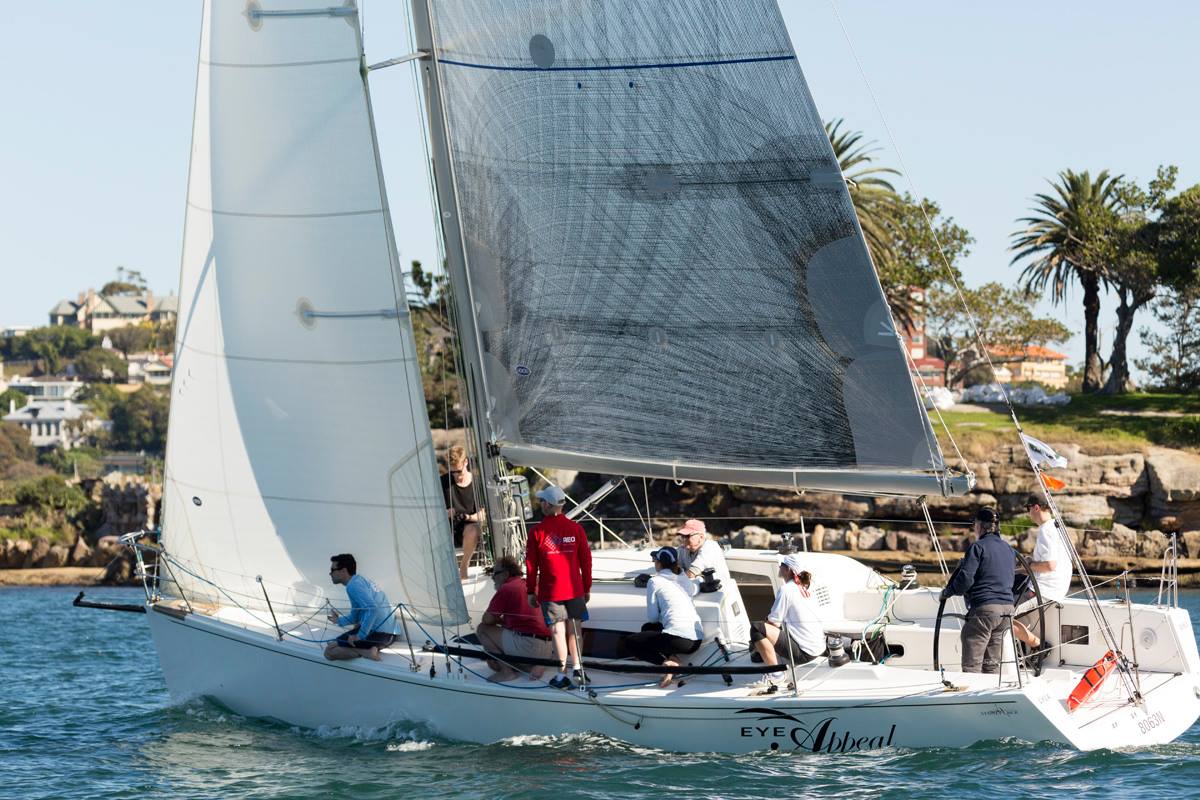 The strong morning westerly winds made for a crazy day on Sydney Harbour for the Race 2 of the Winter Series. The 96 yacht fleet started in a 13-18 knot west south-westerly wind, but the volatile conditions rapidly changed, causing mayhem and congestion around the course.

Racing yesterday was no simple task, with the wind ranging anywhere from the west to the east. In Division D, it seemed that each yacht had a turn of leading the race, before Ian Guanaria’s One More No More claimed the win.

“It was just hard work!” laughed Ian. “A very difficult day to go sailing as you had to be in the right place at the right time.”

With his regular crew on board, including his wife Jean and three other women Ian believed that luck had its part to play. Although the Beneteau First 35 was able to hold the lead after an erratic wind change during the second lap.

“There was quite a large raft up at Bradley’s Head the second time around, and we did pretty well to get out of there cleanly,” continued Guanaria. “That’s where the wind started coming out of the east for a bit, and we had a shy spinnaker run down the Harbour.  I think it’s fair to say the wind did a bit of the deciding for us in the race, but we’ll take the win this week.” He finished.  CYCA Commodore John Markos and Michael Delaney’s Eye Appeal came in second ahead of Justin Pelly and Sean Rahilly’s Crosshaven.

Steve Hatch, on his Sydney 36 CR, M, fought tough battles on the track to win Division J1, describing the complexity of Sydney Harbour on a day like this.

“It’s been a long time since I’ve seen the wind as crazy as it was! We had wind from west to east and everything in between, and from 0-15 knots. You could be sailing 90 degrees lower than the boats around you, and you just had to be okay with that.”

The lottery-like conditions played mind games on the fleet; Hatch continued, “We were square running towards ‘Sow and Pigs’ and lay head by about 200m, when all of a sudden, boats from behind came right up to us and passed us from just 30 feet away on the edge of the breeze. Three of us all converged at the mark in Rose Bay, where we managed to just keep ahead to stay in the game.

“The racing was very interesting and needed lots of concentration to be able to respond quickly to the changes across the course. The first three finished within 30 seconds of each other, that shows how exciting, but tough it was.”

Warwick Sherman made it two wins from two races in Division A2, after fending off Alan and Tom Quick’s, Outlaw by 45 seconds today. Also taking two race wins so far in the series is Steve Connors’ Arch Rival, in Division B, Anthony Booth on Selkie in Division E and The Goat in the Sydney 38 Division.

The Winter Series will continue next Sunday, Mother’s Day, starting from 11:25am on Sydney Harbour.