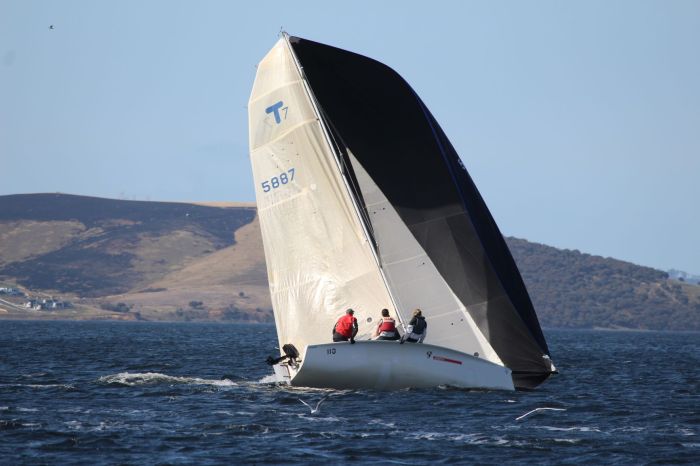 Steve Harrison and his crew are members of Australia’s southernmost sailing club, Port Esperence Sailing Club at Dover in southern Tasmania and for five weekends during Tasmania’s chilly winter they have driven from Dover to Hobart to sail Temptation in the Derwent Sailing Squadron’s Winter Series. And four times they have gone home winners of Division 2, including today.

After discarding its race two result, a second, Temptation finished with a net 4 points in Division 2. Second overall went to Neil Snare’s Winstead Wines on 10 points, third to the team- owned Wildfire on 17 points.

“We had sublime conditions for the final race of the Winter Series, sunny skies, a relatively warm day with light and variable winds before the start giving way to a sparkling west-north-westerly breeze of 12-15 knots,” DSS sailing manager Peter Watson said.