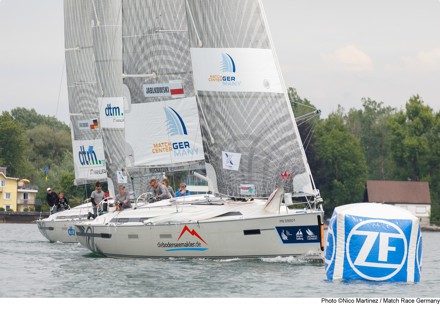 Langenargen, Dusseldorf: In 133 days, the first starting gun for the 22nd Match Race Germany, to be hosted by Yacht Club Langenargen, will be fired on Germany's oldest and best known sailing classic, attended by top teams around the world.

Teams will race on Lake Constance as they fight for the crown and valuable points for the Match Race Super League.

Defending champions, the Swiss Match Race Team skippered by Eric Monnin, will be the benchmark for all challengers from 5 to 10 June.

Swiss Match Race Team won Match Race Germany for the first time in 2017 at their 10th attempt and successfully defended the title a year later. Thus, the Swiss also laid the foundation for overall victory in the Match Race Super League 2018 when they won it for a second consecutive time.

The Swiss prevailed against 78 opponents, including sailors from 30 nations in 13 events across 12 countries.