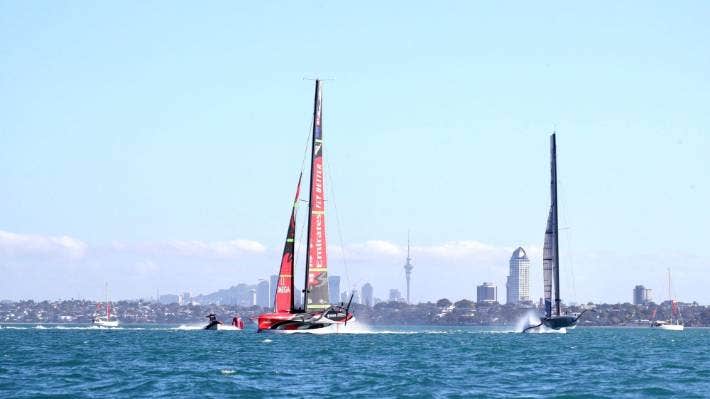 Kiwi skipper Dean Barker had a big day on the water on Tuesday, getting past the British America’s Cup challenger before taking on Team New Zealand and beating them in practice racing.

All eyes were on the Brits early as they got their campaign back on track, though it came at a slow pace, while defenders Emirates Team New Zealand had a mixed day.

After missing the first four days of practice, Sir Ben Ainslie’s Britannia finally made a start out on the Hauraki Gulf during a session on Course A again, off Auckland’s East Coast Bays zone.

And start they did, with Ainslie using his undoubted skills to edge Dean Barker on American Magic off the start line in their official practice race.

But that was as good as it got, with American Magic using superior speed to quickly overhaul the Brits and see out a comfortable win.

The Americans have looked solid throughout the training sessions, and they were clearly a click above INEOS Team UK.

They also proved too good for Team NZ late in the day in a result that will give hope to the challenging fleet.

Read the full story at Stuff and see all the photographs.