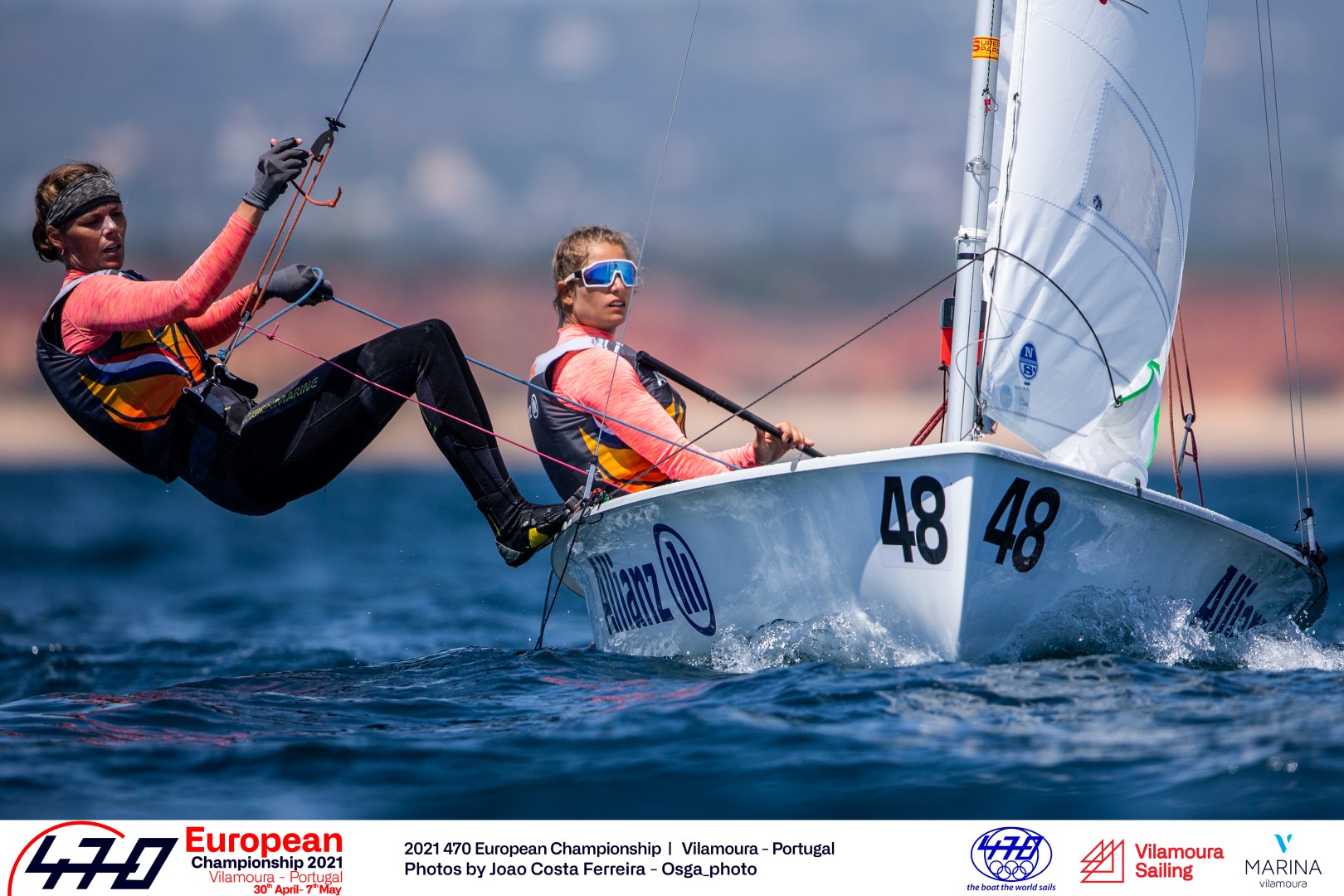 Day 3 of the 470 European Championship in Vilamoura.

“It’s really enjoyable to be back sailing with the 470 fleet, after over a year and half training in New Zeaand, it’s great to sail in Vilamoura” said Paul Snow-Hansen, the leader of the Men’s fleet.

A Southerly breeze with wind ranging between 6-7 knots on race one, increasing to 9/10 knots for the second race of the day that was sailed with the OSCAR flag up.

In the Men’s fleet the New Zealanders Paul Snow-Hansen and Daniel Willcox are holding on the 1st place after scoring two 4th places, and are now followed by the French crew Kevin Peponnet and Jeremie Mion which moved up after an excellent day scoring two 2nd places, with Mat Belcher and Will Ryan holding on the 3rd place with two 5th places today.

The 2021 World Champions, Silvia Mas Depares and Patricia Cantero are still leading the Women’s fleet, having a 3rd place and a 16th –which is their discard so far, followed by the 2019 European Champions Camille Lecointre and Aloise Retornaz only 3 points behind, after scoring  two 3rd places today. The Swiss crew of Linda Fahrni and Maja Siegenthaler moved up after a steady day and are now in 3rd place.

Nitai Hasson and Saar Tamir from Israel consolidated their leader position in the Mixed Fleet and are now 15 points ahead of the Germans Theres Dahnke and Matti Cipra, with the British team of Vita Heathcote and Ryan Orr now in 3rd.

The 470 European Championship is being Live Streamed, follow the action on the water via Vilamoura Sailing / You Tube channel.