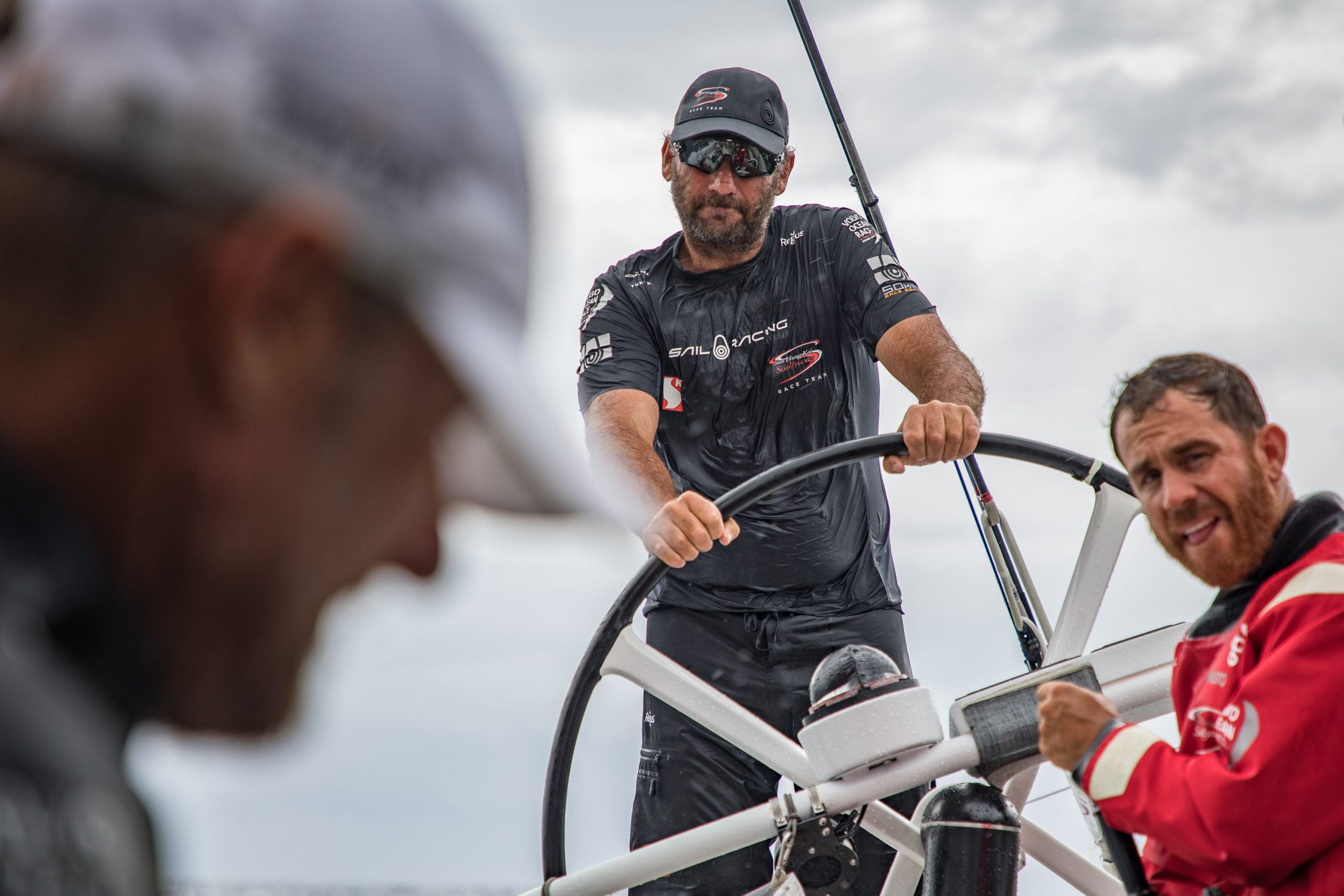 When late-starter Sun Hung Kai Scallywag placed fifth, sixth and fifth out of seven boats in the first three legs of the Volvo Ocean Race, many critics smiled. But David Witt and his crew have wiped the grins off their faces with a win into their home port of Hong Kong and a second placing into Auckland.

Now the sometimes controversial character is talking up the team's chances as they head into the Southern Ocean on Sunday. Never one to use “media speak” Witty told a media conference today that Scallywag was a big chance to stay near the top – or to drop back into the pack if they didn't get it right.

“We don't give a shit. We're just going to send it,” he said to loud applause.

In an interview with me after the conference, he was more forthcoming about what has caused the turn around in their fortunes.

“We were just a group of blokes who got together late. We changed a few people (for the later legs) but the big thing was that we learned to work with the sail plan, to find the right modes.

“It's always the same when any good sailor goes into a good one-design class like the Etchells. It takes time to understand the rig set-up. You only have to be 0.1% or 0.2% off the pace and suddenly you're out the back door.”

Witt courted controversy when he declared before the race that he didn't want to be part of “a social experiment” by bringing women into the crew, but he said that in reality they always knew they would need the extra pair of hands.

(Under the Volvo rules, to encourage more women into top level ocean racing, teams can sail with a crew of seven men, but can boost that to eight or nine people with the addition of one or two women. Skippers can take a crew of 10 if there is an even split of males and females.)

Scallywag had Dutch sailor Annemieke Bess on board from the start and added British navigator Libby Greenhalgh for the leg from Melbourne to Hong Kong, which they won.

When asked at the press conference if it was a coincidence that Libby's arrival coincided with the team's improved performance, he replied with a grim. “Of course. She's really intelligent and I'm really stupid. She looks at the computer screen and I look out the window.”

On a one-design boat where all navigators get the same weather information, there is rarely a split in the fleet. But Scallywag has twice gambled on taking a different route, both times with success.

“Some believe the weather routing 90% of the time, some 70%. I believe it 30%. I'm the old-fashioned realist. I look out the window and make my own decisions.”

Although an experienced ocean racer, Witt admits his first love is 18ft skiff racing. And there is a huge difference between zipping around Sydney Harbour for a couple of hours on a Sunday afternoon and spending four weeks hugging the ice exclusion zone in the Southern Ocean.

However, he predicts that Scallywag will again put up a good show.

“There is no physical way possible that we could push (the boat) any harder,” he says. “I have 100% faith in the boat and the equipment and we'll be giving everything we've got.

“It's a real chance for us. We're third overall and this leg is double points. The start looks to be upwind and we're fast upwind. And we've got very good downwind drivers.”

Everyone on the boat steers and Witt says this is one of the reasons that the boat is going so well now.

“We've all developed our skills during the race and now everyone can do everything.”

The race starts at 2pm New Zealand time on Auckland Harbour. When it finishes in Itajai, southern Brazil, in April, don't be surprised to see the black and red boat at or near the head of the fleet.