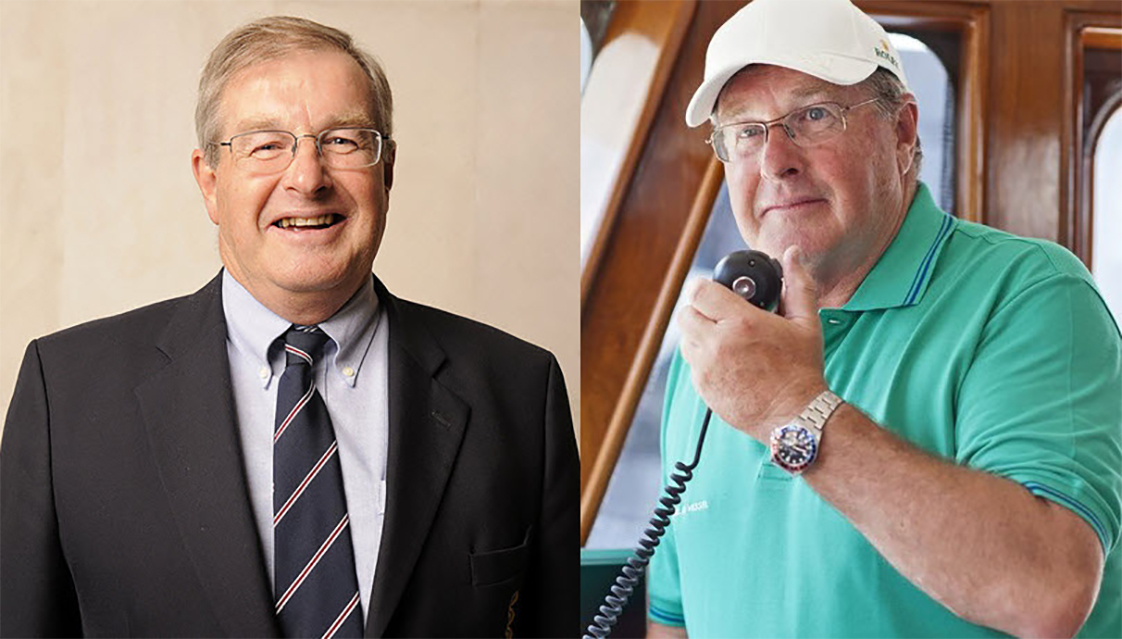 Prominent offshore sailor and sailing administrator David Kellett AM has been awarded Australian Sailing Life Membership. David is the twelfth person in the organisation’s seventy years to be awarded this honour, and the first since 2016.

David was recognised for his outstanding contribution to the sport of sailing, specifically as a competitor and administrator of the sport in Australia and abroad.

He has served as an Executive Board Member of ISAF (and was the first Australian to be elected to this office) and amongst other roles has also served as Treasurer of World Sailing from 2008 to 2012.

“You can’t go from Thailand to Argentina without stumbling across someone who has been impacted by David,” Australian Sailing President Daniel Belcher said. “So many sailing communities around the world have been improved thanks to David.”

“On behalf of the Board of Australian Sailing, I would like to congratulate David on this honour. David has been the pre-eminent yachting administrator for our generation. His contribution to the sport spans decades and has not only had huge impacts a home but also right around the globe.”

“I’m extremely honoured,” Kellett said. “You don’t expect these kinds of things when you are contributing to the sport you enjoy. Having been involved with Australian Sailing for well over 30 years I know they don’t give out Life Membership every year. I am extremely grateful.”

Kellett has also been heavily involved with the Sydney Hobart Yacht Race, with the first of his 45 Hobarts coming in 1965. Along the way he has skippered maxis including Gretel, Vengeance, Sovereign, Condor, Maxi Raggamuffin, Matador and Sydney, and has taken out line honours on several occasions. In what Kellett described as his sailing career highlight, he assisted with the design and build of Sovereign in 1987 and skippered the maxi to be the first Australian to win the Line Honour/Handicap double.

“Sailing has been a part of my life since I was a boy and I was very fortunate to sail with mentors from such young age,” Kellett said. “They were all very involved in sailing and taught me you should give back to the sport, so it was something I adopted from a young age.”

Kellett’s primary focal achievement is his contribution to the sport of sailing, which has been recognised at the highest level, World Sailing’s Beppe Croce Award in 2014. Sadly, he had to retire from professional offshore sailing in 2000 due to medical issues but he has continued to represent the CYCA as the lead of the SHYR Radio Relay team since 2000.

Past Presidents of Australian Sailing were precise when discussing David’s place in the sport.

“David Kellett has the most significant record of service to Sailing in the history of Australia. Life membership of Australian Sailing is thoroughly deserved,” said Immediate Past President Matt Allen AM.

Another Past President, David Gotze, added “Few have given as much to our sport and his fellow sailors as David Kellett has. He has been and still is one of sailing’s most active volunteers and a great ambassador for our sport, both at home and abroad. Australian Sailing Life Membership is more than well-deserved in light of his immense contribution.”

In the 2002 Queen’s Birthday Honours, David was awarded an Order of Australia (AM) for his services to the sailing as a significant contributor to the administration of the sport in Australia and overseas and as a competitor.

In 2014 David was elected as a Trustee to the Safety of Life at Sea Trusts a charitable organisation that has raised hundreds of thousands of dollars for rescue organisations and needy families and was elected Chairman in 2016.

“I have been fortunate in life to have combined business with the sport of sailing. Thanks to all the people I have been involved with over the years. It is always good to be involved with sailors.”

A full list of Life Members can be found on the Australian Sailing History page.

David’s contributions to sailing administration include: